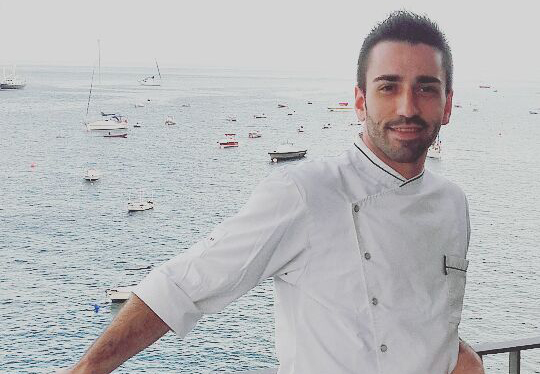 Among the finest of the island, the Cincotta of Panarea is a delightful hotel overlooking the sea. Integrated, virtually camouflaged, within the island’s territory, it is distinguished by an architecture and an aesthetic which are highly typical of the Aeolian chain. White terraces on various levels overlook the port and the main road of the island. The reception area, located in a large salon, uses to the maximum advantage the open spaces with full length window-doors which open onto a dense and colourful garden. Ideal in terms of its strategic position on the island, it offers a traditional comfort, solid and family friendly. It is no accident that it was the first hotel on the island, one with a particularly fascinating personal history.

The hotel and its origins
It all began with Giuseppe Cincotta, the official doctor of the island, a man much loved by his fellow citizens. The period was the 1950’s and many abandoned Panarea to seek a better future. “U Dutturi” (“the doctor” in the local dialect) decided to purchase for a very modest sum the empty houses, little considered even by those who had decided to stay: “what on earth would he do with those empty shells” perched on a cliff over the sea. But he had gotten it right. The splendid position made the fortune of this of this small hotel, much frequented by foreign visitors who, year after year, choose Panarea as their vacation destination. It was then the five children of the doctor who took charge of the “Villaggio Cincotta”. Lina Cincotta currently runs the entire enterprise with her son Antonio. The structure offers 29 rooms, some with a view of the sea. A lovely salt water pool is available for guests. Lovers of the sea, instead, need only descend a few steps of lava stone to dive into the blue waters of the Tyrrhenian Sea.

The restaurant
There is much which is new and interesting at the restaurant, run during the 2016 season by Gabriele Potenzano, a chef from Palermo. His is a Sicilian cuisine with oriental accents, for example the tuna tataki with teriyaki sauce. The plates often change to take advantage both of the seasonal freshness of the products which are available and of the tastes of the clientele, who often prefer simple and traditional dishes. Much attention, therefore, is given to the fresh and high class raw materials; the pasta is Vicodomini, the vegetables come from the garden of the Lombardi estate in Menfi. We much appreciated during our dinner, enjoyed on the beautiful terrace, the pasta and fagioli with mussels accompanied by a white Grillo wine from the Disisa cellars. By the way, the wine cellar and the choices of the wines to match the food are supervised by maître-sommelier Mimmo Billeci. Very nice indeed, as well, the fried fish accompanied by a sparkling wine from Gorghi Tondi, the Palmares. Among the matches with the food, we amused ourselves with an Etna Bianco white wine from Tornatore and a Chardonnay from the Principe Spadafora estate, perfect with a lightly seared red snapper. The dried-grape wine from Gorhgi Tondi was an excellent marriage with the dessert prepared by pastry chef Ficarra.

Aeolian Report 2016: Panarea, the Raya Hotel and its myth