Aeolian Report: Le Mannere, the workshop of taste on the island of Vulcano 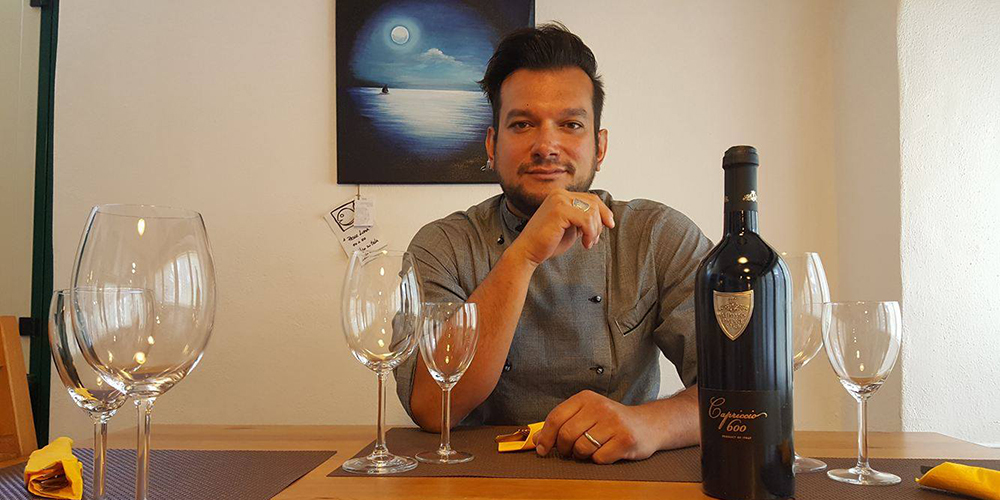 This is a small and unexpected surprise on the Island of Vulcano in the Aeolian chain. Leaving the port and the volcano’s crater behind you, moving southwards towards Gelso, you hit Piano Cardo, also known as “Contrada Cardo”, the Cardo district. Here, far from noise and the spotlight, you will find “Le Mannere, Officina del gusto”, Le Mannere, the workshop of taste onthe island of Vulcano. The restaurant, an oasis immersed in nature, has only a few covers. It has finally reopened this summer with a new working staff after a two year pause.

Both the external space with its trees and the three interior rooms whose pavements have been painted red are quite attractive. Domenico Vuturo, Bobo professionally, proposes the typical cuisine of the Aeolian islands reinterpreted in a modern spirit. Originally from Palermo, he bases his dishes on seasonal produce, when possible grown or raised locally. “Dal Mare di Ulisse”, or “From Ulysses’s Sea”, the antipasto of what has just been fished, could be considered a synthesis of what he offers: thin slices (carpaccio) of octopus; tartare of fresh tuna and peaches with an “encore”, a supplementary dish, of Mazara del Vallo shrimp. “Da Efesto, Dio del fuoco” or “From Hephaestus, God of Fire”, instead, uses materials grown or produced on dry land such as the cream of fava beans with cottage cheese quenelles. The cheese comes directly from Vulcano, the only island of the archipelago with a tradition of cheese production.

Among the main courses, we can cite the ravioli stuffed with the local variety of the amberjack or yellowtail fish (“ricciola” in Italian) prepared in a dried tomato and caper sauce, a dish not to be missed. The octopus “five senses” marinated in Malvasia wine and seasoned with capers, tomatoes, and olives, original and tasty, is a plate which has received, for its flavors and authenticity, a special award from the Slow Food movement. Very flavorful the swordfish roulades prepared in the style of of Alicudi, another island of the Aeolian group.

Many different desserts are also offered to conclude the meal. There are the Aeolian cannoli and, in addition, the custard prepared with Sicilian mangoes. An announcement of things to come: the chef is working on a frozen dessert, ice cream-like but wine-based. The wine, obviously, is Malvasia, “to be precise the Malvasia produced just a short distance from from the Punta Aria cellars”.
An excellent pretext for returning! 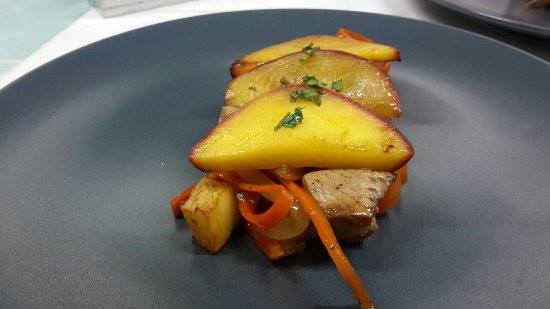 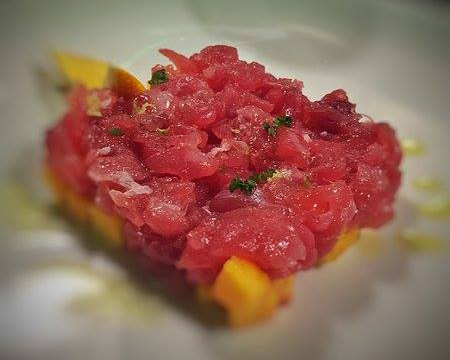 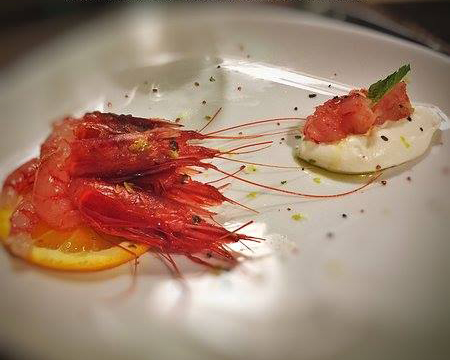 The cuisine of Ninni Radicini at the Locanda Gulfi in Chiaramonte

Olive Oil, the Sicilian appellation "IGP" is a concrete reality. The key figure is Maurizio Lunetta