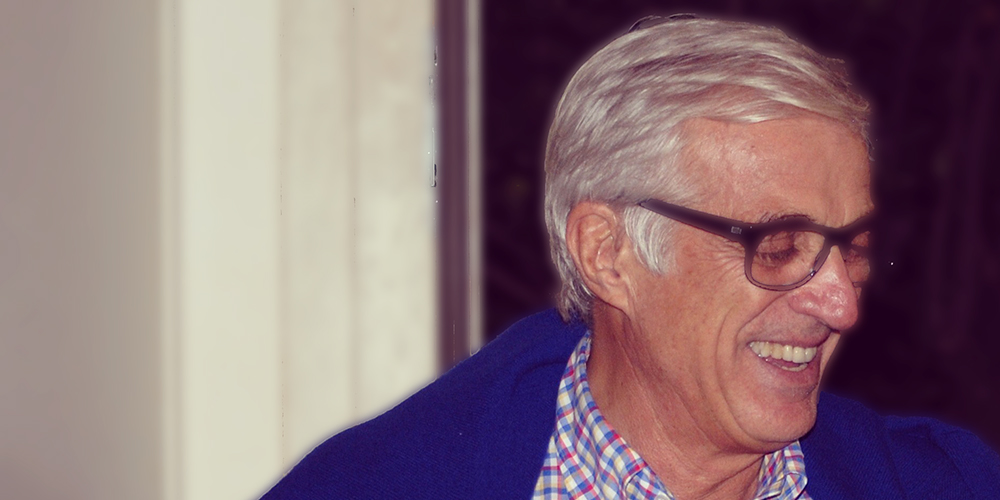 T. Fifteen years have passed since you set foot in this corner of Sicily for the first time, how have the wines changed over the past decade and a half?
M. There has been an evolution over time as we have gradually learned more about the characteristics of the grapes and the area in which we operate. We never sought to make muscular, potent wines as an end in itself, but we have become more aware of qualities such as balance, harmony, and finesse and for that reason we have modified both the viticulture and the winemaking. On average, depending on the level of the grape production in the vineyards, we thin the crop a bit less, we are not looking for a concentration which would not be appropriate for our grape varieties. The Syrah continues to be aged in small oak barrels, but the percentage of new oak is significantly lower than in the past, while the Nero d’Avola – at least our highest quality selection – which  is also aged in oak, utilizes 260 gallon, 520 gallon, and 1560 gallon casks during the aging phase. The fermentation is much less vigorous,  it is carried out at lower temperatures and with a more delicate pumping over of the skins in the tanks during the extraction process,  and is both shorter and less intense during this phase. The overall period of contact with the skins, instead, has been lengthened, we want an extended period of skin contact, a full but more gradual extraction. By now our tastes are different, in a certain sense we have changed the wines because the wines have also changed us. Those who know our line have noted, for example, that the most recent vintages offer a new style compared to the past, and I would like to emphasize that this change in style is something that we aimed for, it is not merely, and not even principally, something due to the vintages themselves, to the differences in the growing seasons. We thought long and hard about what we wanted to achieve, I and our consulting winemaker, Beppe Caviola, another professional whom I consider an outstanding talent, and we have attempted to study each and every detail of our work, to leave nothing to chance. Out wines are intended to distinguish themselves by their finesse, fragrance, and length on the palate, and by velvety sustained and sustaining – tannins. Brute force, muscularity, intensity –  these are characteristics we are happy to leave to others.

T. With three estates in Tuscany and another near Siracusa it would seem that you are not lacking in commitments that require time and effort.
M. True but I have always thought that a professional organization in support of his work should allow an entrepreneur to  take on new challenges if and when they presented themselves. In my case I was struck, and I was surely not the only one, by the new wines produced on Mount Etna, at least partly because there could not be two grape varieties more different from one another than Nero d’Avola and Nerello Mascalese. And, tasting these wines here and there, I began to think that it would be very interesting indeed to operate in this new – but at the same time age-old – wine producing zone and measure myself and my working group against the other capable producers and consultants whose wines had begun to appear on the market. There’s no such thing as an entrepreneur without a competitive spirit, and I have it in my blood and in my genes. If, as my friends tell me, I have a fiery spirit, what better place to give it full rein than on Europe’s  largest active volcano?
The idea took on a concrete form in 2010 with the acquisition of the first parcels of land, the usual number of notaries who got into the act (to be sure, to judge by the sums spent, I am a true benefactor of this professional group), and at the end I managed to create a 38 acre estate with some 25 acres of vineyards. We produce two wines, an Etna red and an Etna white, the first a 100% Nerello Mascalese, the second a blend of Carricante with a bit of Minnella. The latter is an intriguing grape variety with rather interesting aromas, there is a very light touch of sulfur that is also perceptible in certain wines produced in the Campi Flegrei near Naples and some Lacryma Christi white wines from grapes grown on Mount Vesuvio, again near Naples. Both of those zones are volcanic, perhaps this soil, given that Etna, obviously, is also volcanic in its terrain, is a determining factor, we need to better understand this variety, a grape which is little known either by us or by the other producers in our area. As far as the Etna red is concerned, we intend follow the more recent style of our Nero d’Avola wines, a nice richness but nothing exaggerated, much suppleness and silkiness, a fine expression of fruit, a discreet use of oak, the noble austerity which distinguishes many high level wines, long and sustained on the flow but without any sort of heaviness. And, above all a wine which is unmistakably an expression of Mount Etna, a wine which could not be produced anywhere else.

T. How do you see you role in the current Sicilian panorama and that of the future?
M. I clearly did not go to Sicily to give lessons to anyone, nor does it seem to me that my colleagues need any, they are doing very good work on their own. I went to live a new entrepreneurial experience which, as always, is, at the same time, a new life experience. I, and my staff as well, went to learn something but we also managed to bring something of our own, i.e. years of work in the vineyard and the cellar, in other latitudes and with other grapes to be sure, but nonetheless knowledge and working experience which we were able to put to good use in the production of Sicilian wine. After all, the island which on which we landed did not enjoy many years of successful experience in markets for quality wine. Accordingly, we certainly learned a great deal but we also brought something to this new place, and the undersigned does not say this pro domo sua, this encounter on the island of Sicily has enriched all of us, those already in place and the newly arrived as well.