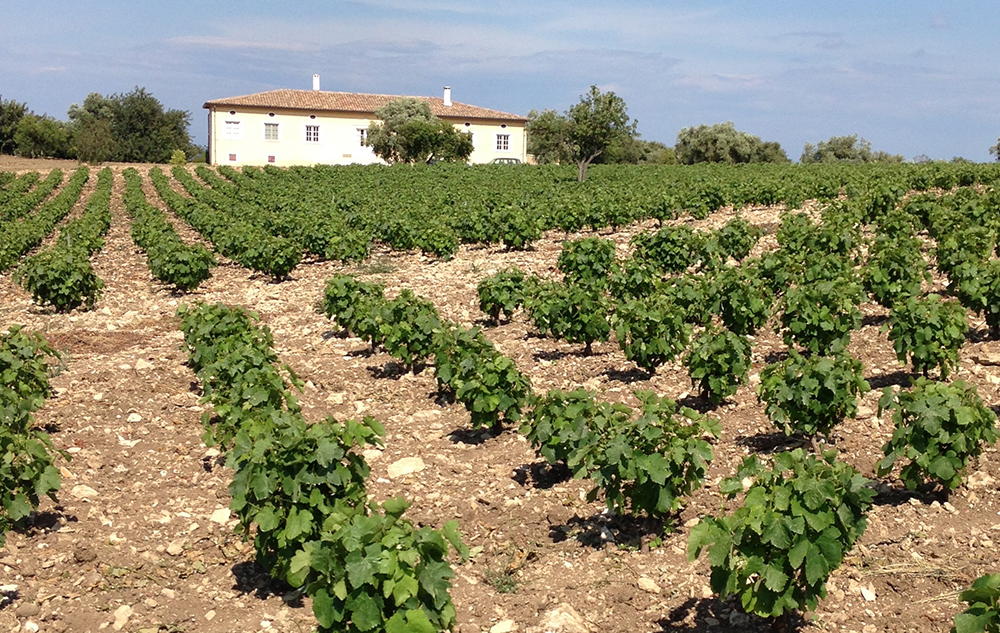 Established in 2005 by Peter and Susie Vinding-Diers, Montecarrubo is a small estate situated on the remains of a volcano in Sicily, which exploded around two million years ago (but is still full of energy!). It lies near the town of Melilli with a view over the Ionian Sea and bay of Augusta, between Catania and Siracusa.

They bought land that was simply grass and stones with pieces of old lava interspersed and borrowed a huge bulldozer from a good friend. After ripping and ploughing they found two wonderful fields of perfect soil: light sand with fragments of coral reef to the West with deep loamy granulated black subsoil full of oxygen. And to the East, facing the Ionian Sea, a former seabed with fossilised sand. You could call this a paleolithic vineyard (sic). It all lies on a lime plateau and below this more ancient lava with layers of loess and lime plus the famous coral reef.

The Vinding-Diers’ planted two Syrah vineyards in 2010 from massal selections from Cotes du Rhone (from many different plants vs a clone of a single vine) and the results are spectacular. They also lease an old vineyard near Noto (also Syrah but a local clone of unknown origin), which is situated on pure lime. They experimented with local Nero d’Avola but found the results to be overtly bitter, it just didn’t meet up to their high quality expectations.

Peter’s vast experience of making wine in South Africa, Bordeaux, Brazil, Kenya, Spain, Chile and Hungary is nothing short of incredible – he is reknown for having revolutionised Graves in the 80s, Hungarian Tokaj in the early 90s and Ribera del Duero in the late 90s. This is a man who seeks out serious terroir and then treats it impeccably to allow it to realise its potential. He is making the finest Syrah in Sicily without a doubt.