Cinema: The Dinner, a film on inter-generational degradation 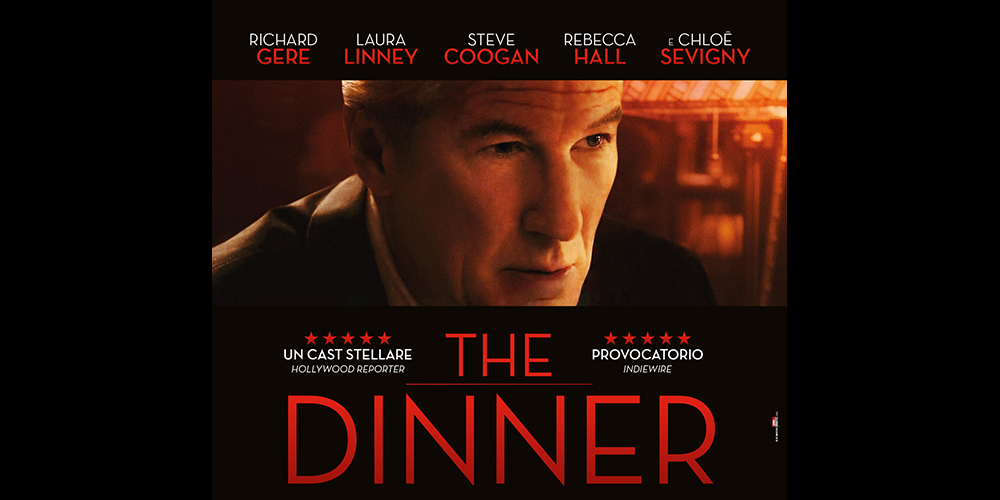 I shall describe a film from the Berlin International Film Festival, the touching “The Dinner”, written and directed by Oren Moverman and starring Richard Gere, Laura Linney, Steve Coogan, Rebecca Hall, and Chloë Sevigny, released for showing in Italian cinemas on May 18th.

The script of the film is taken from the novel of contemporary Dutch novelist Herman Koch, “Het Diner”,  published in 2009, the work with which the author found international fame. Sold all over Europe, translated into 21 languages, it also inspired Ivano De Matteo’s film “I Nostri Ragazzi” (“Our Kids”).

A family drama in which the psychological instability of the protagonist is the key to the story and explodes in a horrible event: the homicide of a tramp captured on a smart phone and proudly shared with friends.

The finger is pointed at the role of the parents, of the questionable values of the older generation and, in a worried way, at the relation between violence and children. The social media become the witnesses of a moral decay. Doubts and anxiety overwhelm the spectators, crushed by ambiguous emotions.

Above and beyond the plot, the acting, though perhaps a bit too underplayed of Richard Gere, is compensated by a spendid Steve Coogan and an equally impressive Laura Linney. The dinner, which gives the title to the film, is simply the mad pretext for an encounter among family members involved in the tragedy. The table and the exquisite dishes of an elegant gourmet restaurant are transformed into the surreal stage of the film. It is curious how more and more often food has become more or less the metaphysical space in which, in a superficial and unserious way, awkward and embarrassing questions are dealt with. 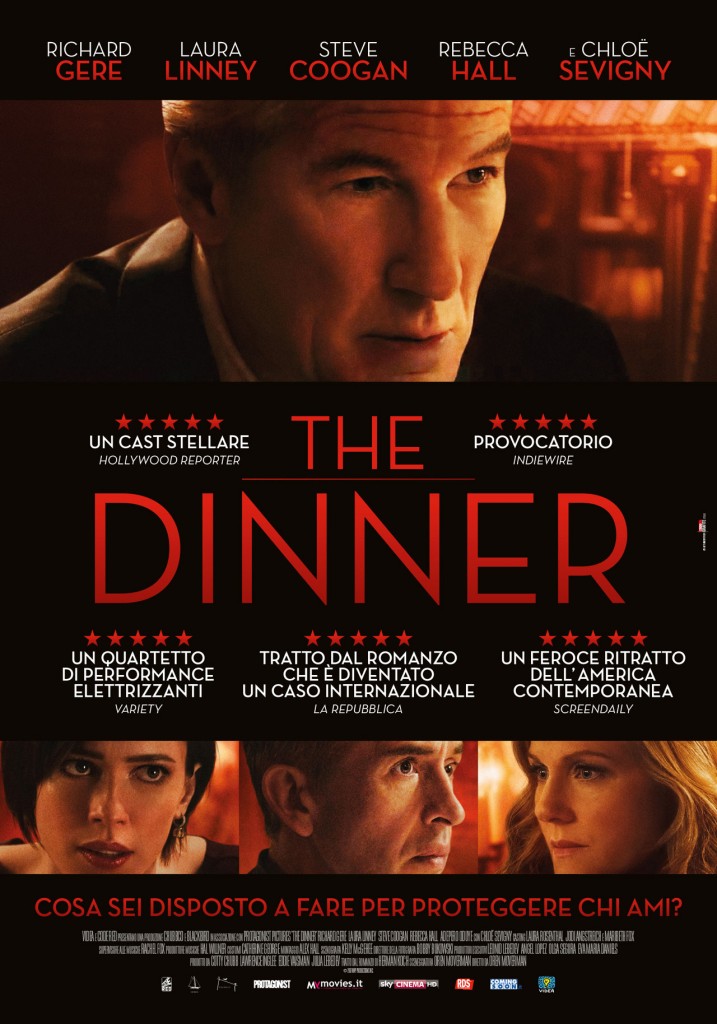