Cortile Pepe, Cefalù on the rise in gastronomy 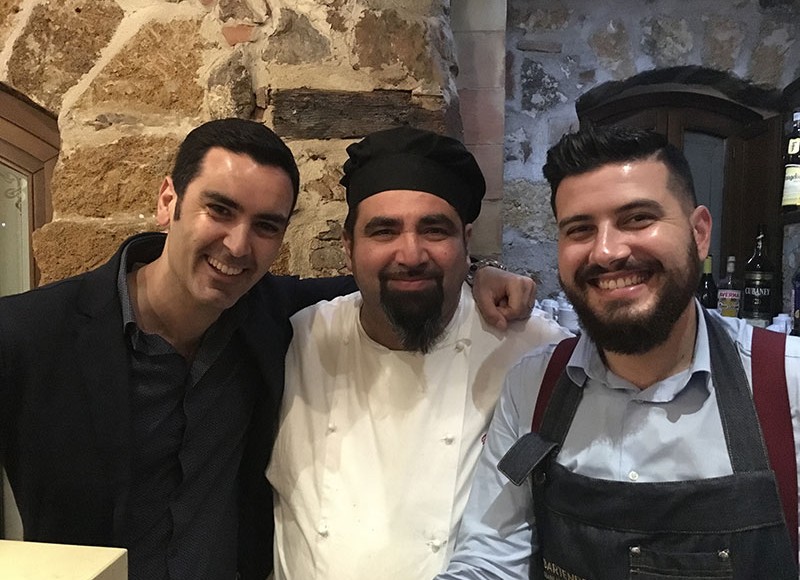 This is a lovely surprise and for two reasons. The first is that Cefalù – let’s hope the judgment isn’t resented – has accustomed the public to a rather halting level of restaurant food, above all if compared to other parts of Sicily. The principal accusations are two in number: high prices and touristy food. To the point that – it is sufficient to read the restaurant guides – it is a place of little gastronomic interest. Now, after a few disappointments, we have discovered a small restaurant which gives some enthusiasm for this spot on the sea.

And here is the second reasons: for several years we had lost sight of Gianni Lettica, a Piedmontese chef whose origins were in the Campania region of southern Italy. He had brought an air of renewal to Palermo, in the two seasons between 2013 and 2014 thanks to a healthy personal interpretation of the art of cooking. A cuisine of a true chef, neither banal nor overly “creative”, a cuisine tied to excellent local raw materials and an informed artisan way of working them. We have found him again at Cortile Pepe, a small thirty-cover restaurant on the Corso Ruggero avenue, just past the cathedral and near the small four- star hotel La Plumeria. He is not on his own. The owner of the locale is Toti Fiduccia, someone born in the restaurant trade and trained in one of the few spots with a typical local cuisine in Cefalù.

The creative vein and the desire to impress with simple things is evident right from the start. After a appetite-stimulating appetizer, a Capri salad of ricotta cheese and seafood arrives. A fresh tomato coulis is the base of a ricotta tart on which a raw shrimp seasoned with olive oil and a sprinkling of pepper is perched. Then a Vicidomini spaghetti, firm and seasoned with a sauce of mussels and black lentils. Of notable level, and finger-licking good, is a ravioli filled with raw shrimp and thyme on a velvety vegetable sauce. We are certain that it will be well appreciated by lovers of stuffed pasta. At this point appears a true gem, the perfection of eggplant, a vegetarian dish with the consistence of a steak and two souls: black and purple. To finish the meal, a fragrant millefeuille of strawberries and whipped cream (worth a standing ovation) and a tasty plate of local cheese. The dining room is coordinated by Toti himself, and the service is attentive and professional.

The tasting menu of five courses costs 55 euro and is supported by a series of wines which costs 15 euro. And here is the surprise within the surprise: Gianluca Di Giorgio is the capable bartender (or barchef?) of Cortile Pepe, and the matches with the dishes can easily consist of cocktails; those which we tried were perfect accompaniments to the flavors of the food. Our compliments to both men. 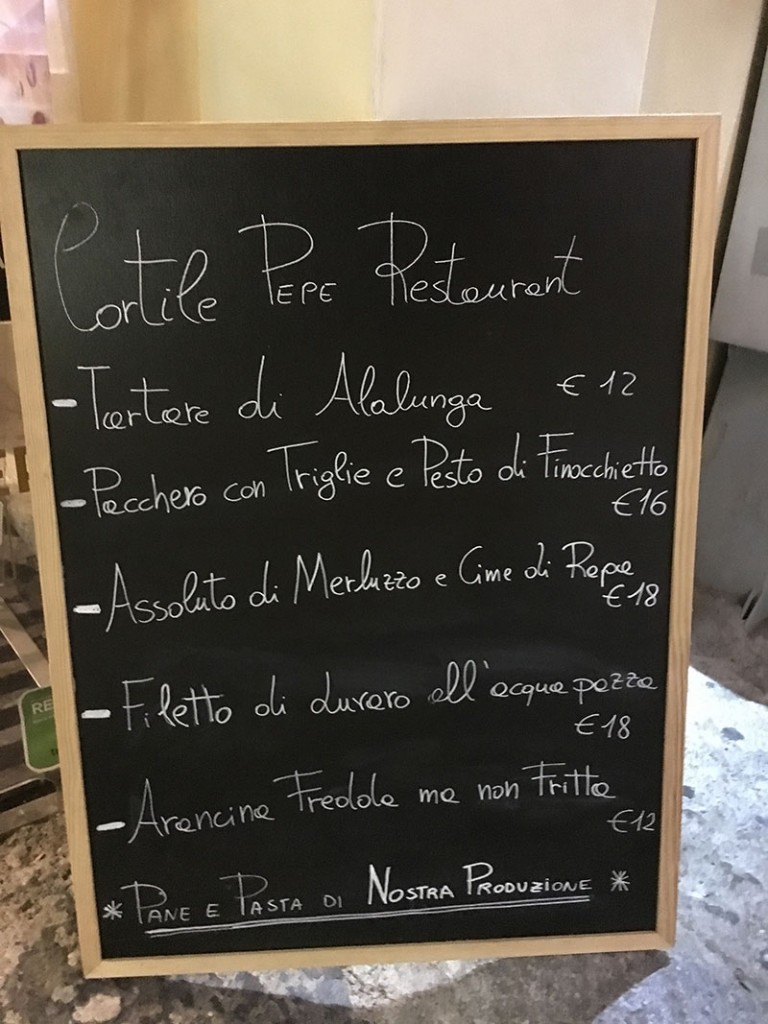 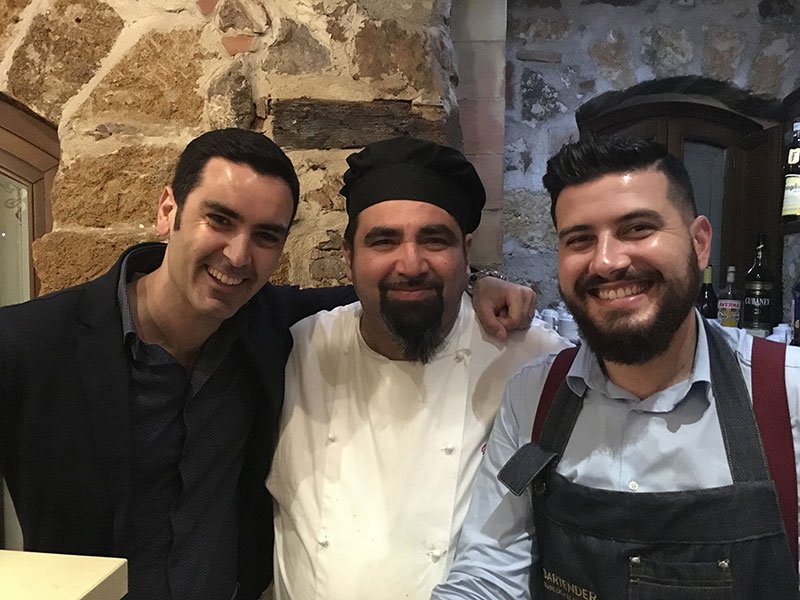 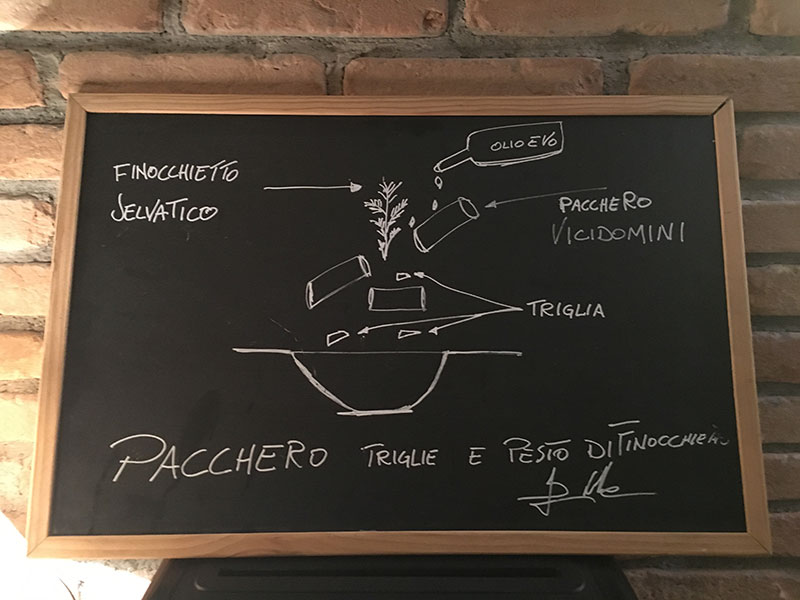 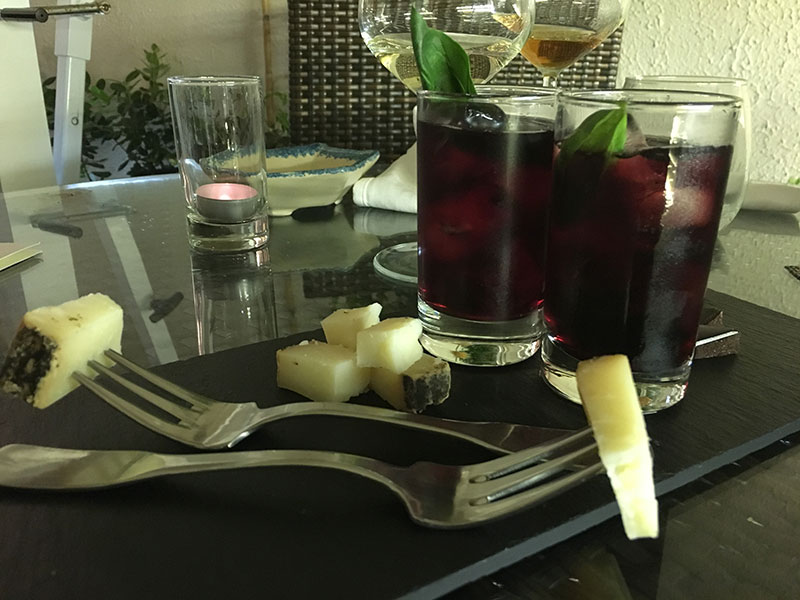 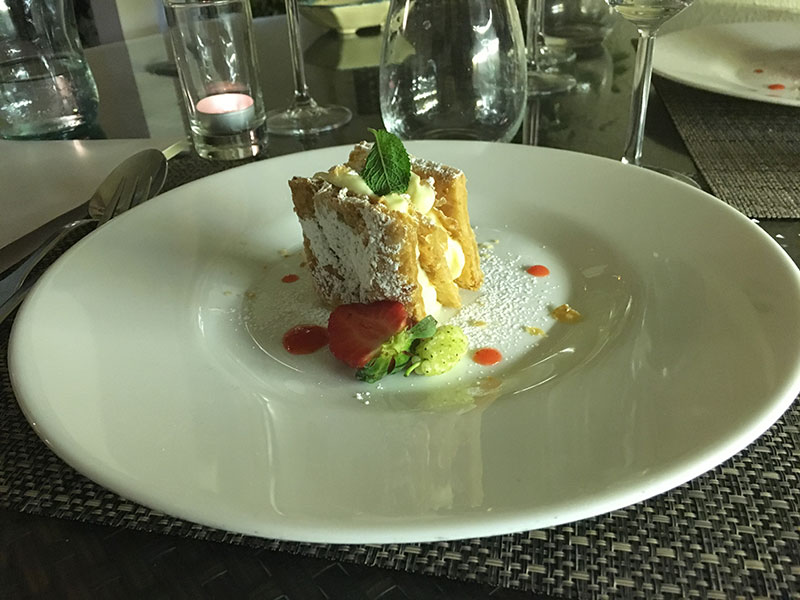 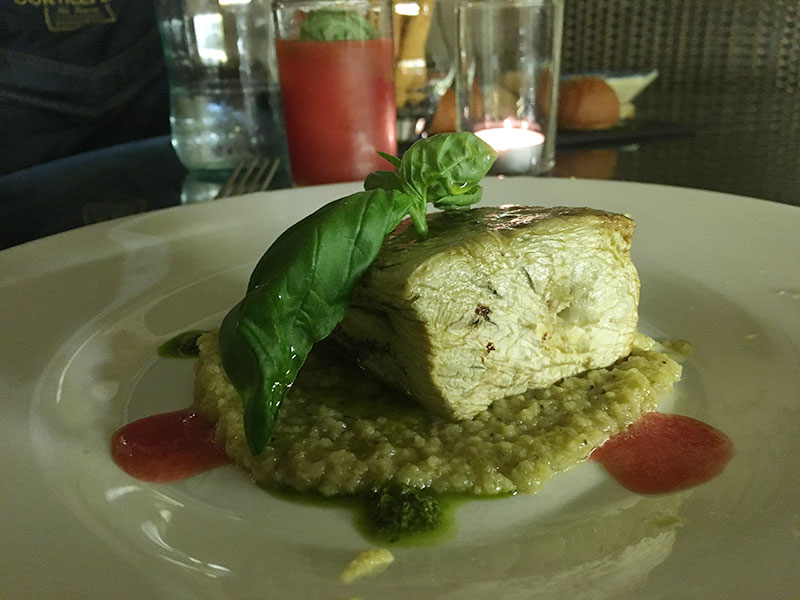 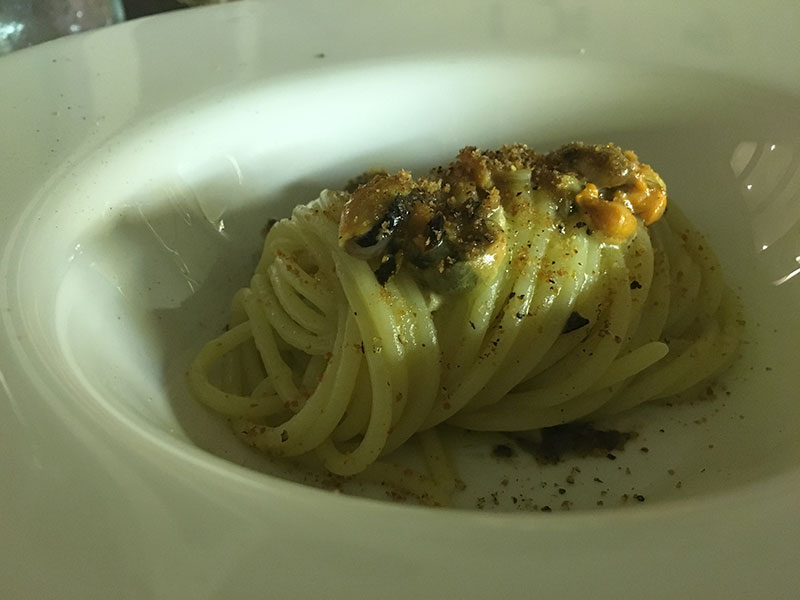 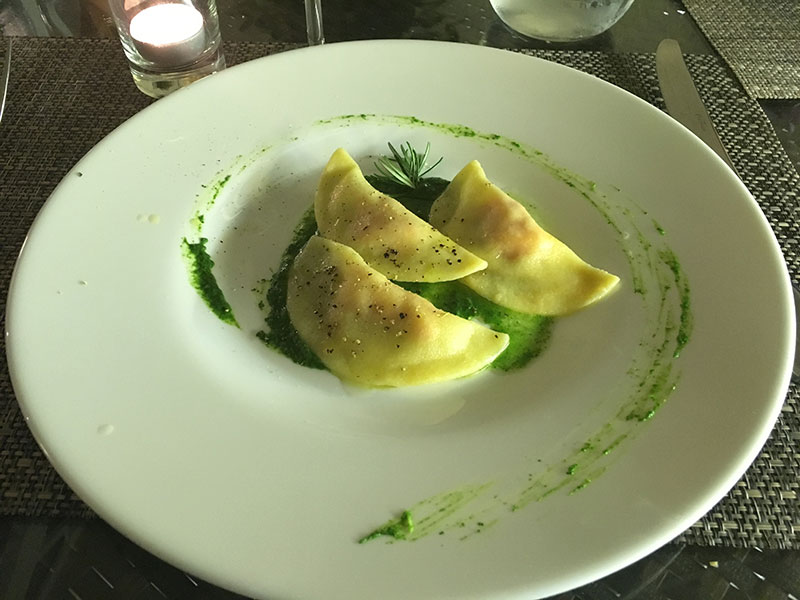 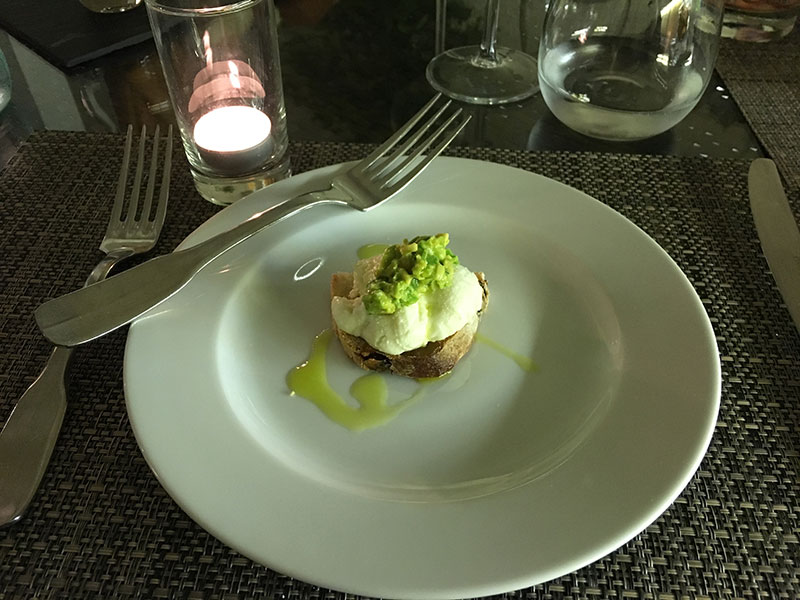 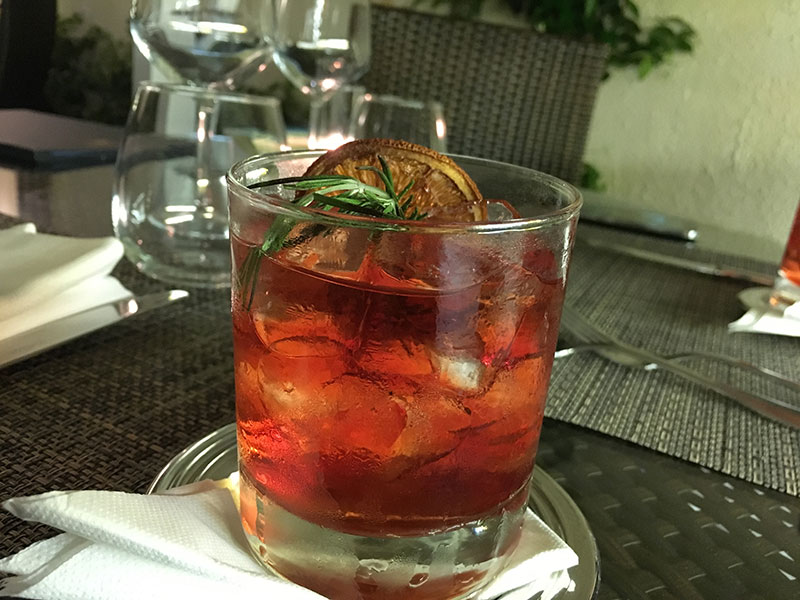 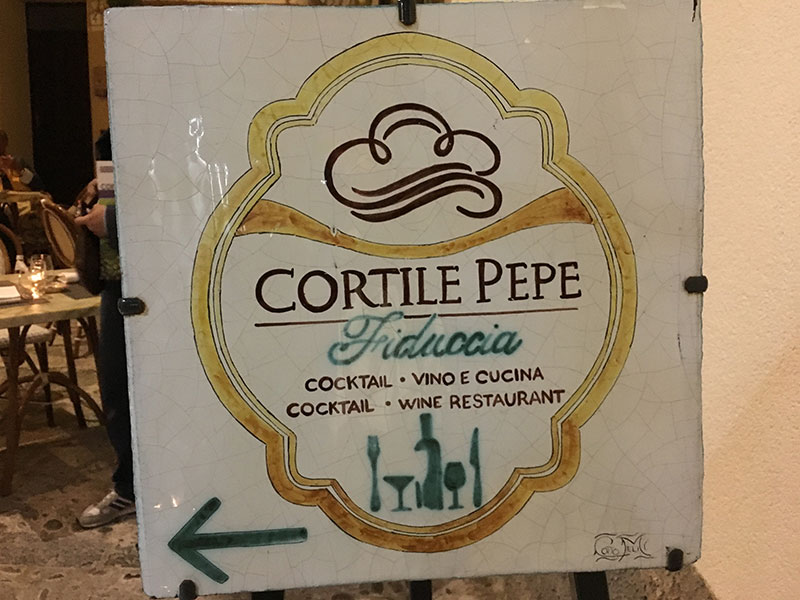