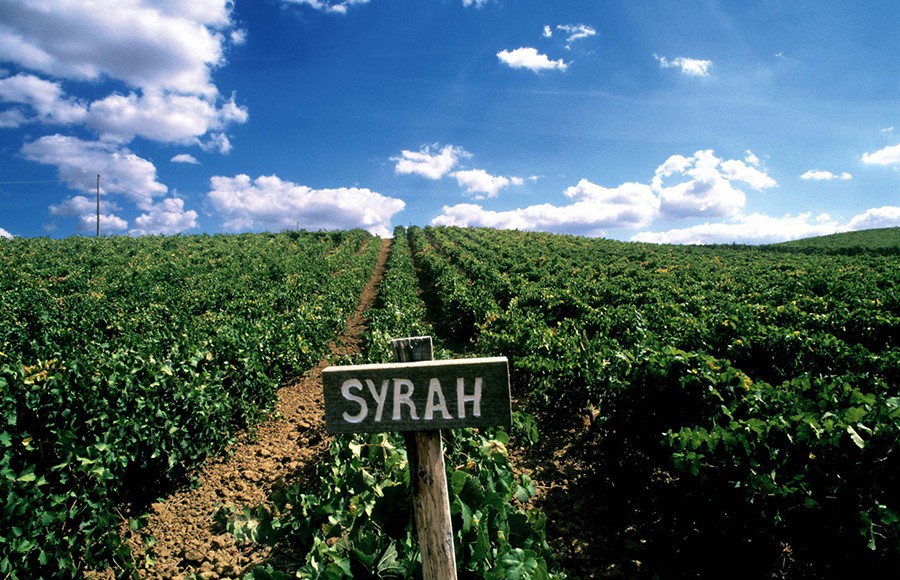 At Camporeale, a half an hour away from the city of Palermo, there is a cellar dating from the 19th century and built in a unique style. The French touch, the wood, the iron, the bricks, and the hints at Art Deco buildings of the Florio winery show off the elegant period architecture of Antoine De Fry. There is also a guest house with four apartments, a swimming pool, and ample living spaces. This is the Masseria Pernice of Filiberto Sallier Sallier de La Tour. The surface under vines – one sole block – consists of 150 acres (60 hectares) on a property of close to 340 acres and includes a flourishing olive grove; the soil is rich in clay. Syrah is one of the international varieties which has adapted the best to Sicily, and many producers have shown a very able hand with the grape. The vineyard was planted in 1993. La Monaca is a Syrah made in a fresh style and whose style recalls Provence; the wine has achieved a proper suppleness by a twelve month period of aging in Fre

nch oak barrels. The 2013 version is an intense ruby red in color. On the nose, in addition to the red fruit there are hints of chocolate and vanilla and a spicy background. The palate is soft and caressing as only a Syrah of true elegance can be. Sallier de La Tour is distributed by Tasca d’Almerita.

The initiates: a comic artist and a Wine artisan exchange jobs

Trekking with Aperitif at Cava d’Ispica