Early Neolithic wine of Georgia in the South Caucasus 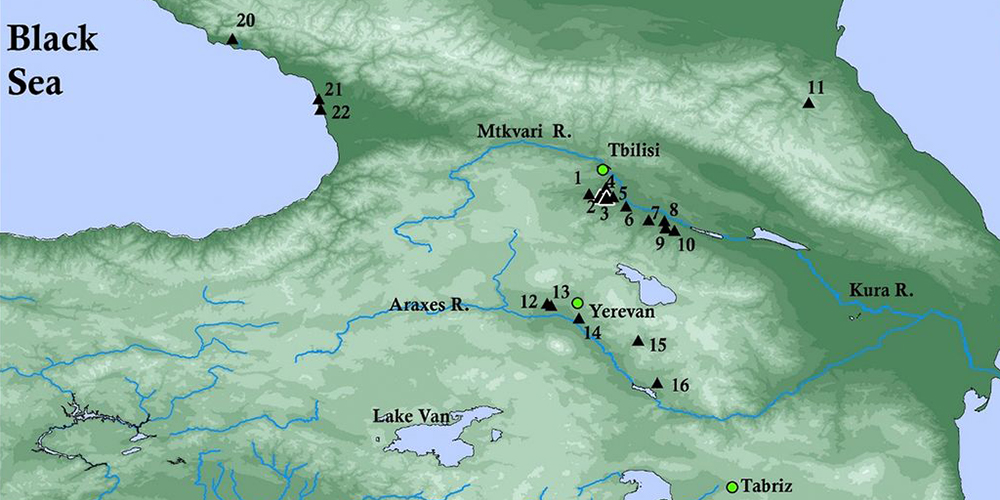 (NYT) Researchers found wine residue on pottery shards from two archaeological sites in Georgia dating back to 6,000 B.C. The findings are the earliest evidence so far of wine made from the Eurasian grape, which is used in nearly all wine produced worldwide. “Talk about aging of wine. Here we have an 8,000-year-old vintage that we’ve identified,” said Patrick McGovern, a molecular archaeologist from the University of Pennsylvania Museum of Archaeology and Anthropology and lead author of the study in the journal Proceedings of the National Academy of Sciences. The findings push back the previous date for the oldest evidence of winemaking by about 600 to 1,000 years, which Dr. McGovern previously identified in Iran. But it does not dethrone China as the location of the earliest known fermented beverage, which Dr. McGovern dated to 7,000 B.C. That drink, however, was most likely a cocktail consisting of rice, honey, hawthorn fruit and wild grapes, unlike this most recent finding, which was pure grape wine. Wine culture has long been intertwined with the history of Georgia, where elaborate toasts are an important part of traditional feasts. Archaeologists have found evidence of its consumption there during the Bronze Age, Classical Period, Greco-Roman Period and Medieval times. Georgian wine was also among the most favored in the Soviet Union. (…) 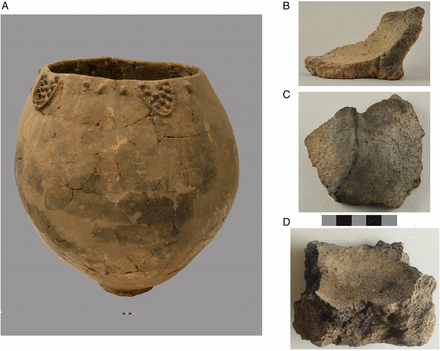 The earliest biomolecular archaeological and archaeobotanical evidence for grape wine and viniculture from the Near East, ca. 6,000–5,800 BC during the early Neolithic Period, was obtained by applying state-of-the-art archaeological, archaeobotanical, climatic, and chemical methods to newly excavated materials from two sites in Georgia in the South Caucasus. Wine is central to civilization as we know it in the West. As a medicine, social lubricant, mind-altering substance, and highly valued commodity, wine became the focus of religious cults, pharmacopoeias, cuisines, economies, and society in the ancient Near East. This wine culture subsequently spread around the globe. Viniculture illustrates human ingenuity in developing horticultural and winemaking techniques, such as domestication, propagation, selection of desirable traits, wine presses, suitable containers and closures, and so on.

Abstract
Chemical analyses of ancient organic compounds absorbed into the pottery fabrics from sites in Georgia in the South Caucasus region, dating to the early Neolithic period (ca. 6,000–5,000 BC), provide the earliest biomolecular archaeological evidence for grape wine and viniculture from the Near East, at ca. 6,000–5,800 BC. The chemical findings are corroborated by climatic and environmental reconstruction, together with archaeobotanical evidence, including grape pollen, starch, and epidermal remains associated with a jar of similar type and date. The very large-capacity jars, some of the earliest pottery made in the Near East, probably served as combination fermentation, aging, and serving vessels. They are the most numerous pottery type at many sites comprising the so-called “Shulaveri-Shomutepe Culture” of the Neolithic period, which extends into western Azerbaijan and northern Armenia. The discovery of early sixth millennium BC grape wine in this region is crucial to the later history of wine in Europe and the rest of the world. (abstract)