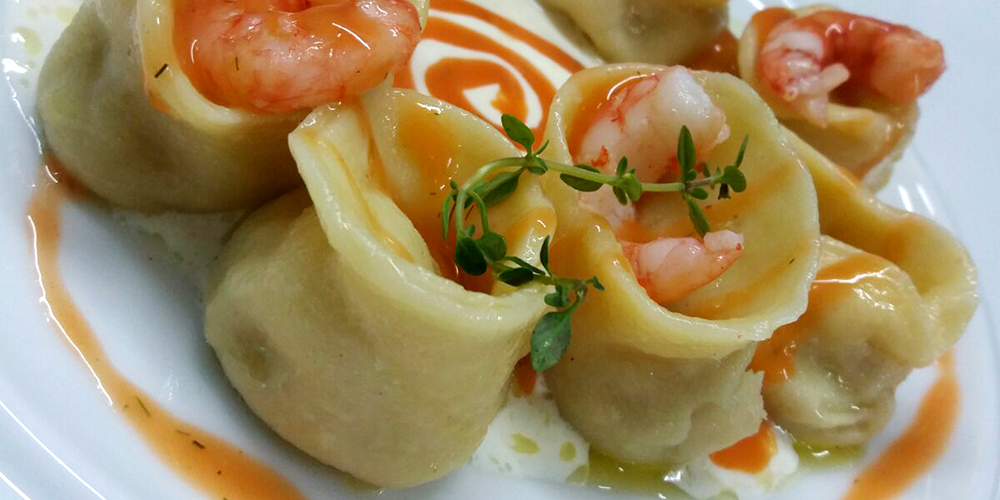 The entire province of Messina, from the Tyrrhenian coast to the Perla dello Ionio,  the “Pearl of the Ionian Sea”, moving as well through the enchanting Aeolian islands, is showing a praiseworthy gastronomical and oenological  vitality. The examples of culinary and viticultural excellence which stud the gastronomical panorama which, from the Nebrodi mountain chain leads to the two seas which lick the northeastern coast of Sicily, are far from rare. Among these: the Modì restaurant of Torregrotta in the province of Messina.

The locale of Alessandra Quattrocchi and Giuseppe Geraci, a couple both in work and in life, is situated on a splendid terrace facing over the Niceto valley, which slopes down towards the Gulf of Milazzo. The restaurant is elegant and refined in its décor and furnishing, the atmosphere is cozy and friendly. The covers are thirty five in number. Alessandra’s smile welcome guests, while Giuseppe runs the kitchen. The dishes change several times during the year to best respect the ingredients available locally and, above all, seasonal availability.

It is possible to choose three tasting menus, all absolutely affordable: 40 euro for the “Isola di Sapori” (the “Island of Flavors”) with offers five dishes; 60 euro for the eight different plates of “Profumi di Sicilia” (the “Perfumes of Sicily”); and, finally, the cryptic “Fai tu”,  “ You take care of it”, 50 euro to liberate the creativity of the chef.

It is quite possible to choose à la carte and there are many truly interesting specialties. Among the hors d’oeuvres there is a surprising Non sono un Arancino (the masculine gender variant which indicates the “eastern” origin of the name of the dish), a dry, crusty, and crunchy rice sphere which encloses, in its center, a sword fish stuffing; the Mosaico di Mare, the by now well known dish of raw fish, very picturesque – in the literal sense as well – in its arrangement on the plate; the Chicche di pasta fresca ripiene di melanzane con crema di ricotta salata e gamberi rossi di Mazara, “Jems” of fresh pasta stuffed with eggplant and seasoned with salted cottage cheese and the red shrimp of Mazara, which combines, with perfect balance, the sea and the soil and, on its own, is worth the visit. Among the second dishes: Filetto di maiale alle erbe aromatiche con miele di ape nera sicula, nocciole e riduzione di aceto balsamico, a filet of pork seasoned with aromatic herbs and seasoned with Sicilian black bee honey, hazelnuts, and a reduction of balsamic vinegar, and the balsamic vinegar is the Traditional – the true- one of Reggio Emilia, something which testifies to the attention to quality which Geraci observes in his plates; the Turbantini di spatola con pistacchio di Bronte e limone, (a plate of turban-shaped swordfish with the pistachios of Bronte (Sicily’s finest) and lemon; and the Rana pescatrice in crosta di pane nero su guazzetto di frutti di mare, monk fish or angler fish  in a black crust on a sea food bed, a continues play of the soft and the crunchy which delights the palate. Among the desserts, the Gelato alla Malvasia delle Lipari con terra di Piparelle,  Malvaisa delle Lipari wine-based ice cream served with a crumble of almond and honey biscuit which recalls Alessandra’s origins: she is from the Aeolian islands.

Modo è a Torregrotta (Me) 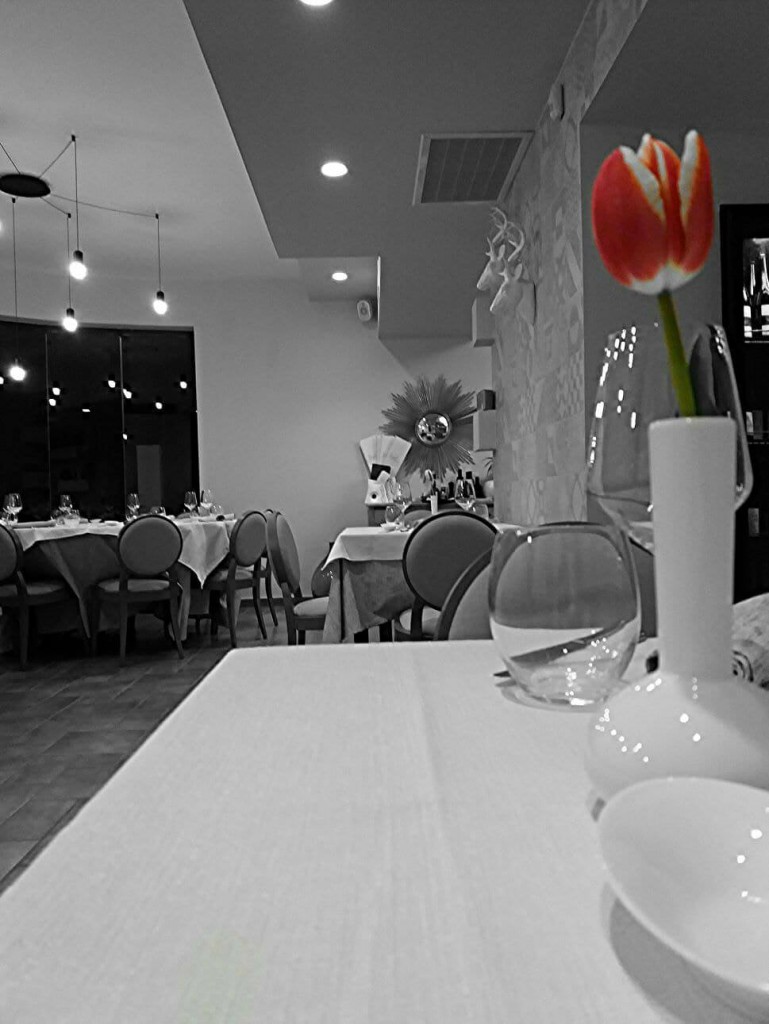 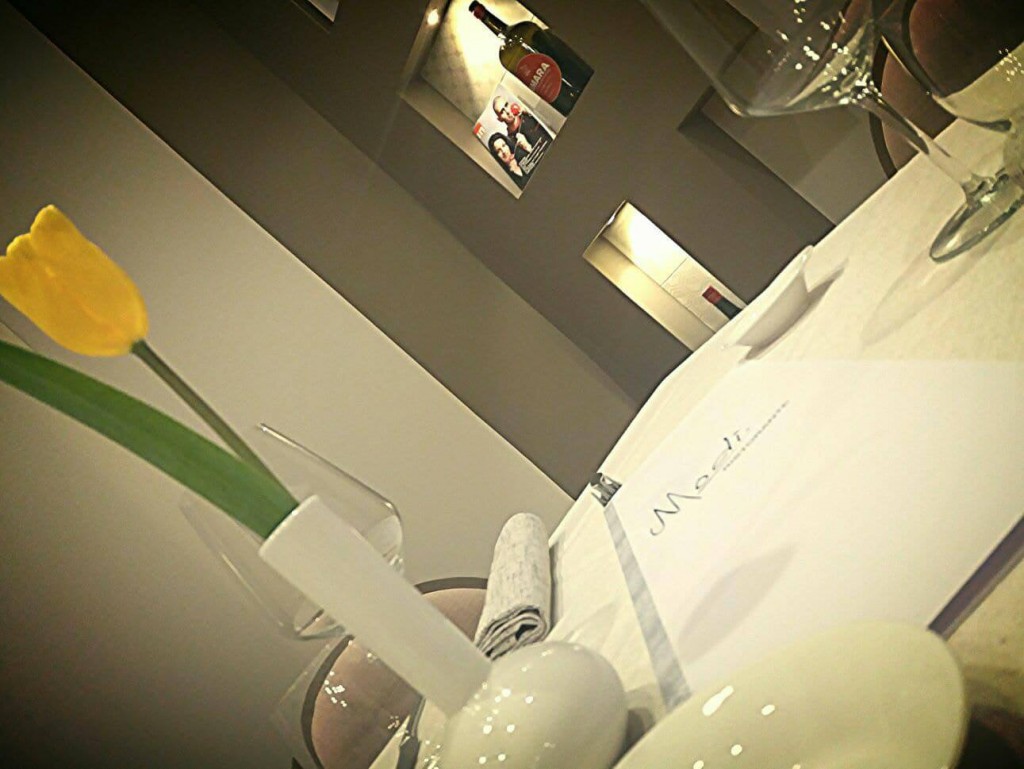 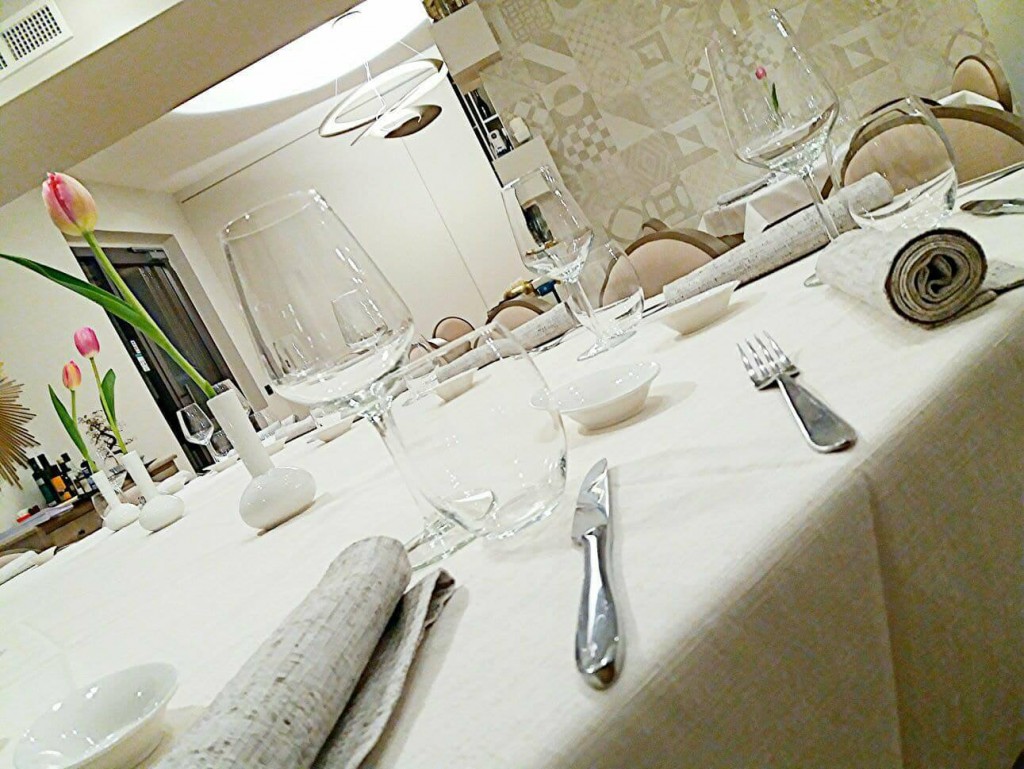 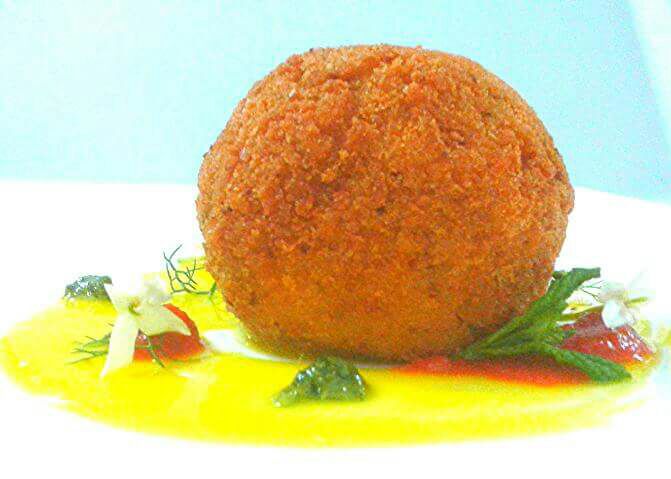 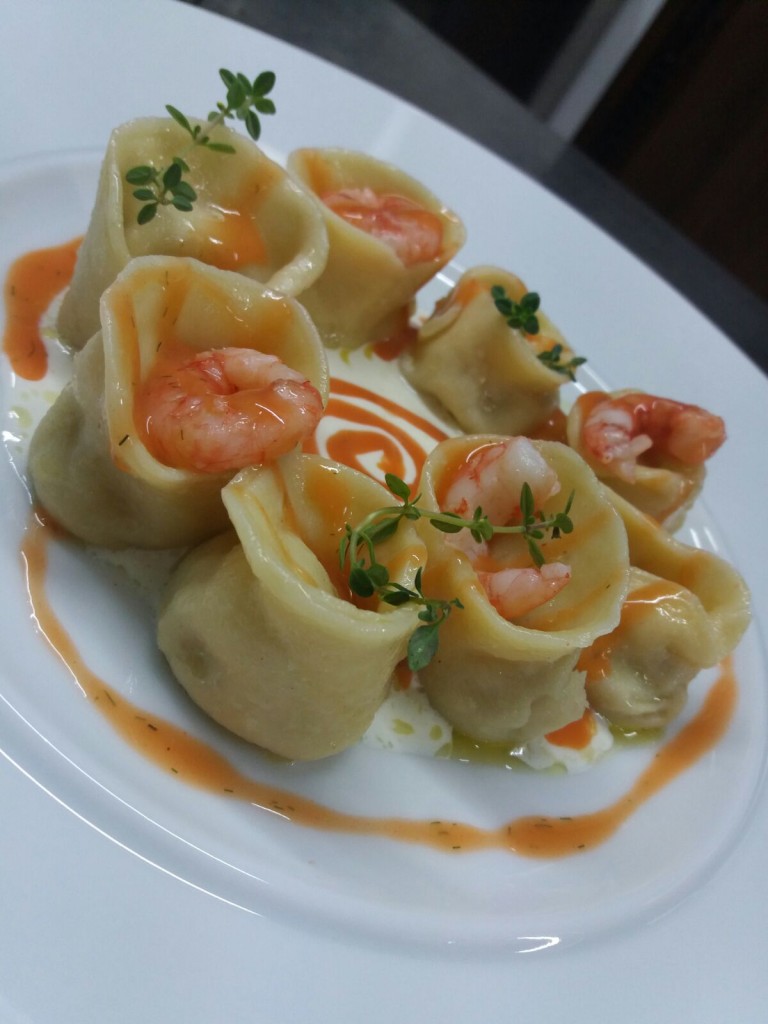 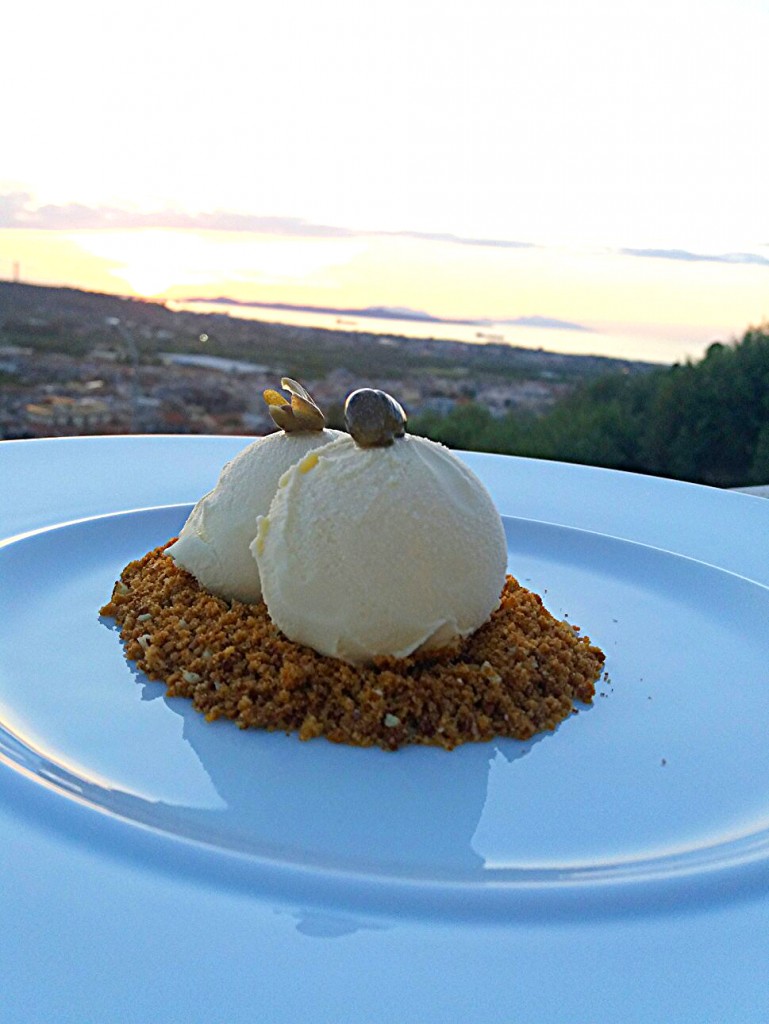