Moscato Cerletti, the future of a grape variety born 1874 and named Grillo 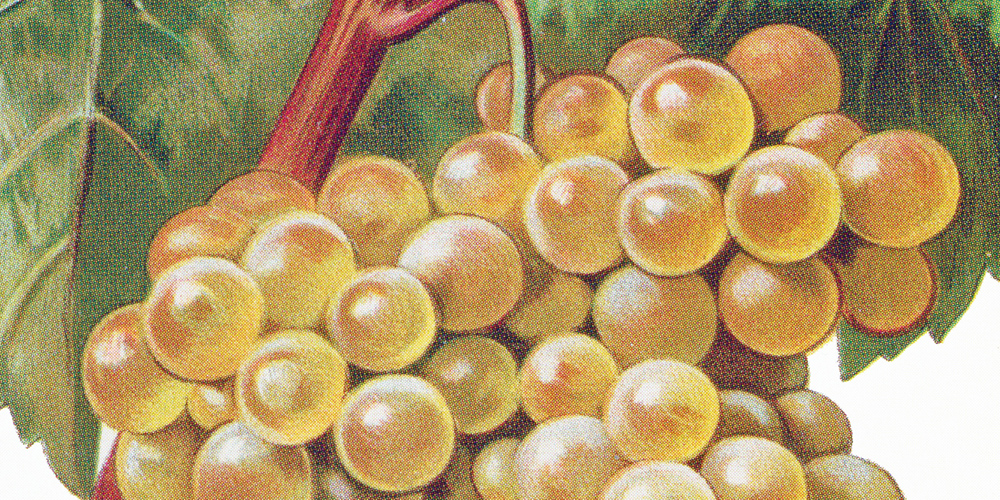 Widely planted in the western part of the Island of Sicily, particularly in the province of Trapani, Grillo is a key variety for the production of wine in the area. An essential part of Marsala, it has demonstrated in recent years, it has also shown that it can be of much significance in the production of table wines, wines to accompany meals, as well,  and it seems, quite to the contrary, that it  evolved as a variety for wines of structure and aging ability. There is little information about it characteristics and its history. Where does it come from? 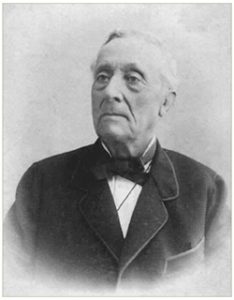 We can begin by stating that it is a modern grape variety and that it is a crossing between Catarratto and Zibibbo. Archival data leads us to Favara, a township in the province of Agrigento located to the east of the city of Agrigento proper.

Towards the end of the 19th century, Baron Antonio Mendola, agronomist and an expert in the field of grape varieties, dedicated himself to the study of grape vines, working on over four thousand different varieties. Among the documents which he left, there is one which is very important indeed. The birth certificate of Grillo, dated 1874, bears the signature of Mednola himself: “a seed of Zibibbo artificially fecundated with Zibbibo in my Piana dei Peri vineyard near Favara during the period of the flowering of the year 1869; harvested on August 27th of the same year; planted in a vase on March 3rd, 1870 and born around May 20th. In 1871, while observing a small plant in vase number 105 which was much different from its relatives in terms of vigor and the color of its leaves and, moved by curiosity, I grafted it onto a vigorous trunk of Inzolia Nera in order to hasten the bearing of fruit. In this way I had the pleasure of tasting the first grape bunches during the fall of 1874. I dedicated this plant to the honorable G. B. Cerletti, director of the Oenological Station of Gattinara [a city and wine appellation in northern Piedmont]. 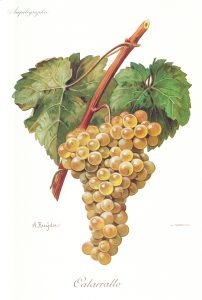 Giovan Battista Cerletti was one of Mendola’s many contacts, and he dedicated what he called “Moscato Cerletti” to him. Mendola himself wrote, in 1904: “I crossed the common Catarratto of Sicily with  Zibbibo in order to obtain a hybrid with the joint virtues of both of its progenitors, aiming at the production of a more aromatic Marsala”.

An important detail: two different bio-types, named A and B, with significant differences between them have been identified during the phase of current studies. One is fresher in aroma and flavor, more similar to a Sauvignon Blanc in personality,. The other gives a more alcoholic wine, one with a honeyed aroma, perhaps more suitable to the production of fortified wines such as Marsala, And this explains the exceptional versatility of the variety.

With this as a premise, given recent developments we can well ask what will Grillo’s future be. Objective evidence suggests that it is well present on various fronts. As already said, it is one of the finest grape varieties for the production of Marsala, but it can also be seen on the shelves of wine shops as a table wine of various styles, both that of high quality and another with much  varietal character personality which reflects and defines its territory of origin. 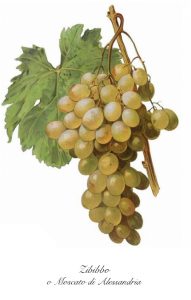 Between the two contrasting versions of Grillo, one a competitive wine, potent and excellent, and the other  targeted for a more extensive and popular consumption, the suggestions which come from research are to give priority and preference to the former. No consideration is given to “identity”, that of the grape and its territory. Should it be a faithful “witness” of both. And if so, how?

If we look around, examples of success in wine are not lacking.  History rewards products through markets, purchases, and sites more than through pre-determined choices of producers. The future of Grillo would seem to be a very brilliant and promising one, but we are certain that it will be the markets which will determine its success, just as in the case of Champagne, Bordeaux,  Burgundy,  Moselle, Barolo and Montalcino.