Mount Etna according to the Cantine Nicosia: organic winemaking and wine tourism

We are in Trecastagni on the slopes of Mount Etna. It is one of those days which only a Sicilian winter can offer us. The volcano rears up, white and majestic against a clear blue sky, the air is cool and crisp, the sun is warm, and it is here that our trip to discover the Cantine Nicosia winery will begin. The traditions of this family go back more than a century in time. Graziano Nicosia, together with his brother Francesco, represents the fifth generation.

Agronomist Alessandro Lo Genco and winemaker Maria Carrella lead us on the trip to the Monte Gorna estate. This part of the mountain is a dead volcano with some 25 acres (10 hectares) of terraced lava rock which extends towards the sea, a typical landscape for Mount Etna. Here the two major varieties cultivated are Nerello Mascalese and Carricante, two native grapes of the area, an obligatory choice which is more and more popular with a public which is searching for red wines which are mineral, pleasurable to drink, and not particularly tannic but rather aromatically interesting and complex. And, in addition, white wines capable of aging well and endowed with those petroleum aromas which can recall the wines of France.

As far as the vineyard work is concerned, instead, the vines are protected solely with copper and sulfur. The house, in fact, has succeeded in lowering the use of chemical products and fertilizers by using plant fertilizers to nourish the soil, guaranteeing for the plants a proper contribution of CO². And, in addition, the use of pheromone-based traps to control insect pests. Great respect for the eco-system and a faithful following of the rigid procedures known as Magis assure a low impact on the environment and certified organic farming. Some of the wines in the line even have a vegan certification to satisfy particularly sensitive consumers.

An interesting market and one which is constantly growing, that of vegan drinkers: 300,000 bottles sold principally in Germany, Switzerland and Italy. Nicosia has been highly successful in this sector, conquering 43% in terms of the total turnover of the Italian market gained by Sicilian organic wines.

But there are, in total, 43 different wines produced by the Tenute Nicosia firm. There are 50 overall acres (20 hectares) on Mount Etna, another 100 acres in Vittoria, and almost 500 (200 hectares) under the control of the house in other parts of Sicily, guaranteeing a production of 1.9 million bottles and sales, which continue to grow, of eight million euro.

Can we speak of quality with these numbers? Purists and snobs might turn up their nose, but the answer is yes. It should be enough to cite the two Riserva wines from Monte Gorna, an Etna white and an Etna red, both well made and interesting along with Sosta Tre Santi Etna Brut, a sparkling wine, and the Carricante Brut, not to speak of the Cerasuolo and the Nero d’Avola Sosta Tre Santi, the last a winner of “Tre Bicchieri” recognition from the Gambero Rosso guide (we tasted as well the 2007 version, the first to be produced – still very nice indeed!).

Very important, indeed central according to Graziano Nicosia, is to work together as a group with other Etna producers to promote their territory. And equally important is the promotion of Sicily as a brand name, both in Italy and in the rest of the world. Wine tourism, for him, is of central significance in this context, one which aims at a greater knowledge and appreciation of the products of his native island. An increasing interest on the part of the public which could represent a stimulus for the sales and name of the firm.

Between future programs and tasting the time passes, and we are hardly aware of it. There is a lovely atmosphere in the bistrot located in the Nicosia winery. We say goodbye with the last toast and a powerful desire to return. 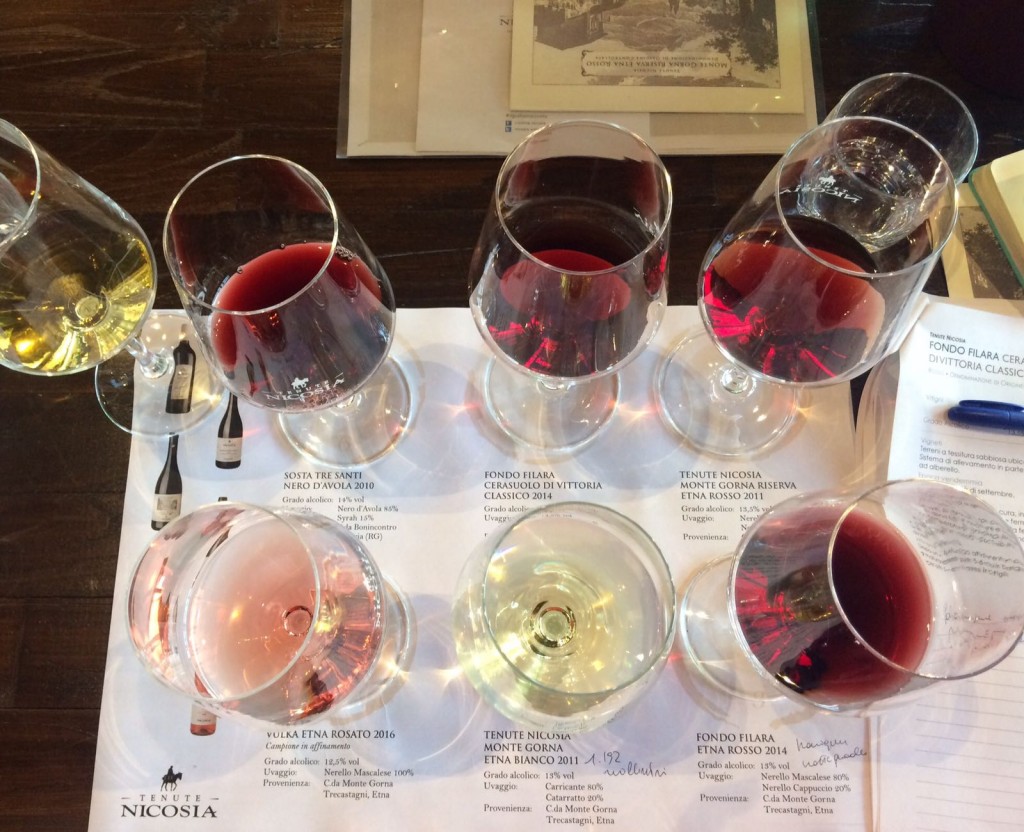 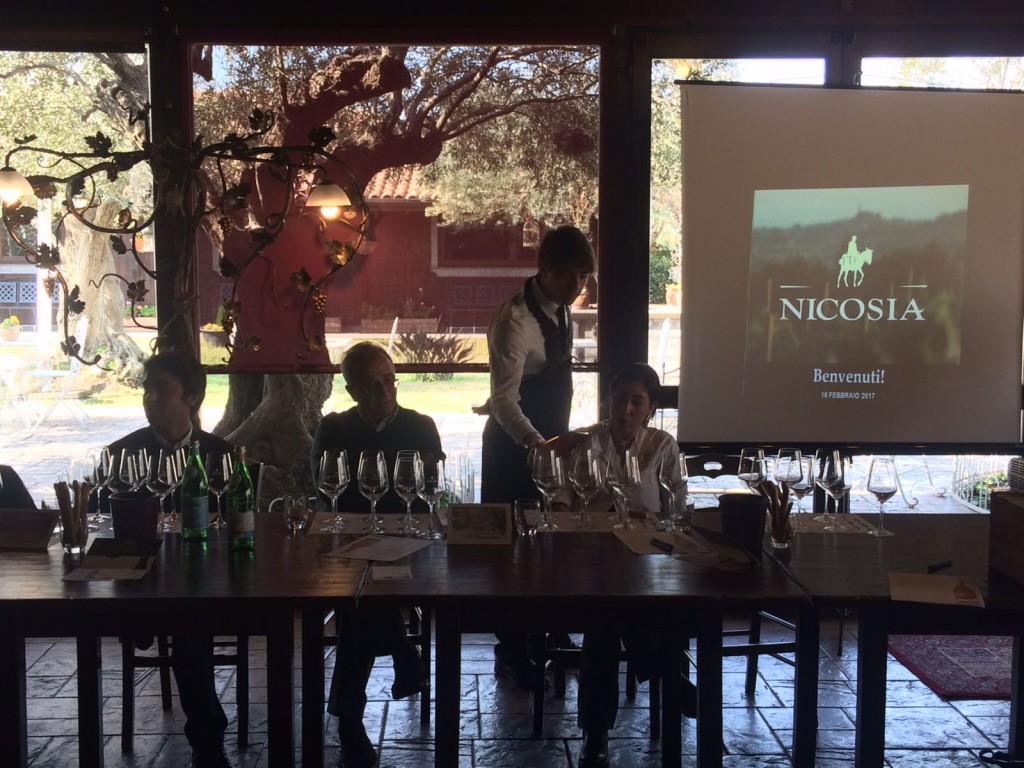 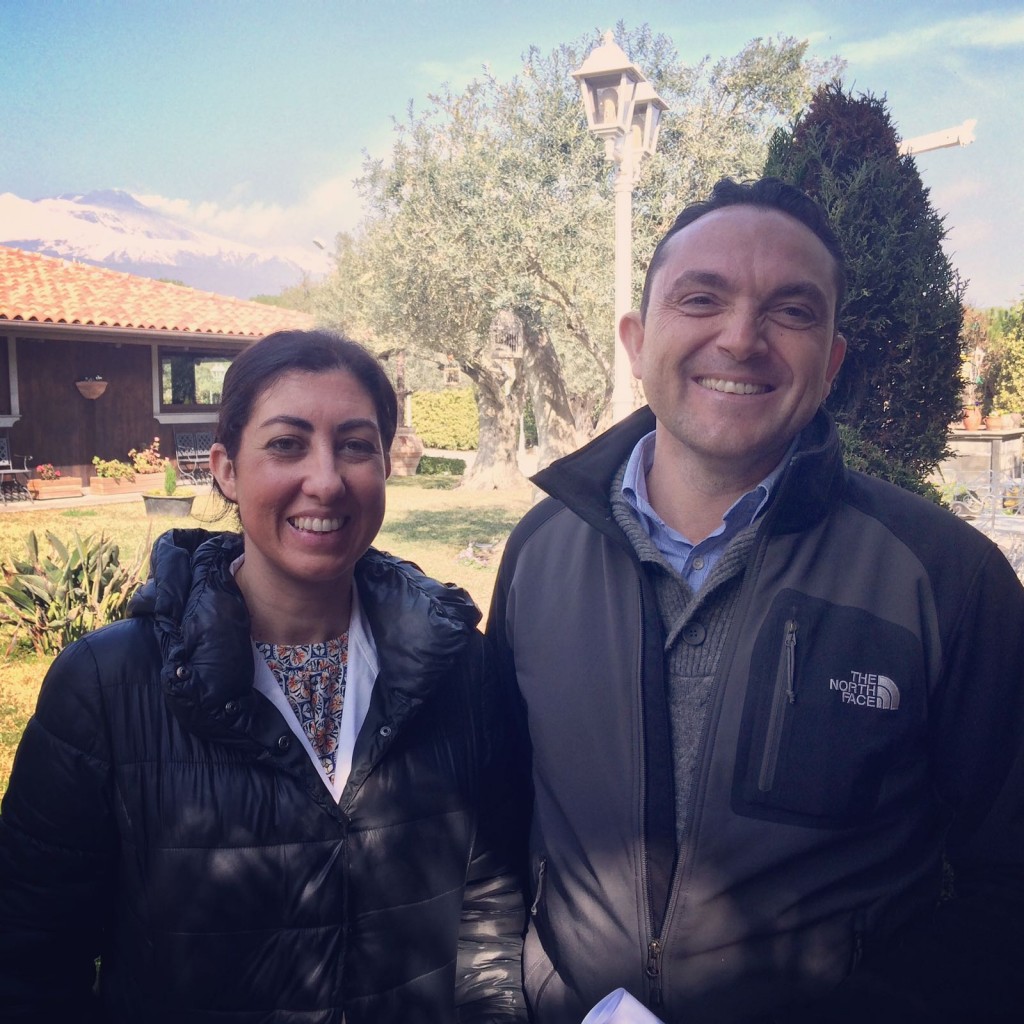 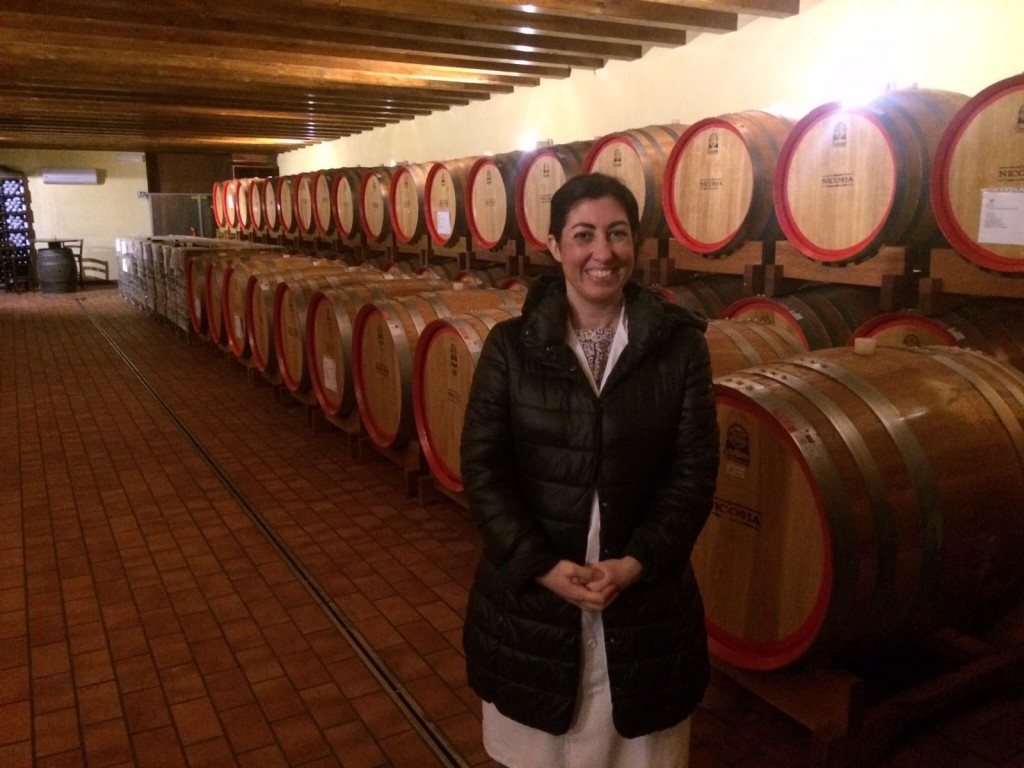 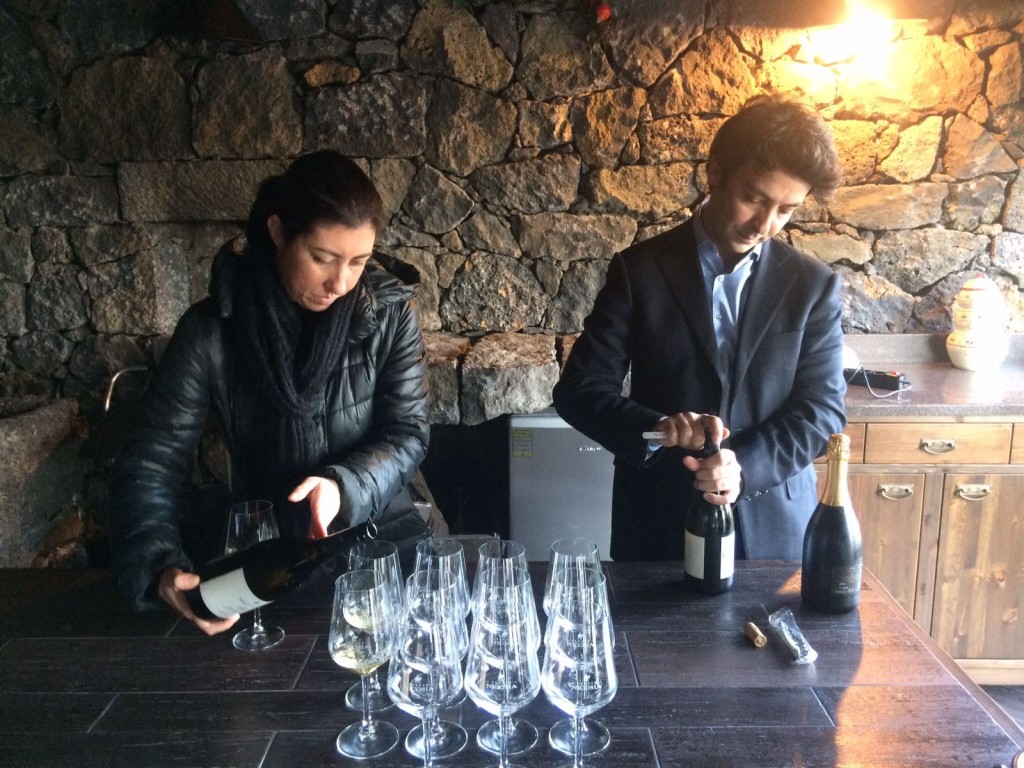 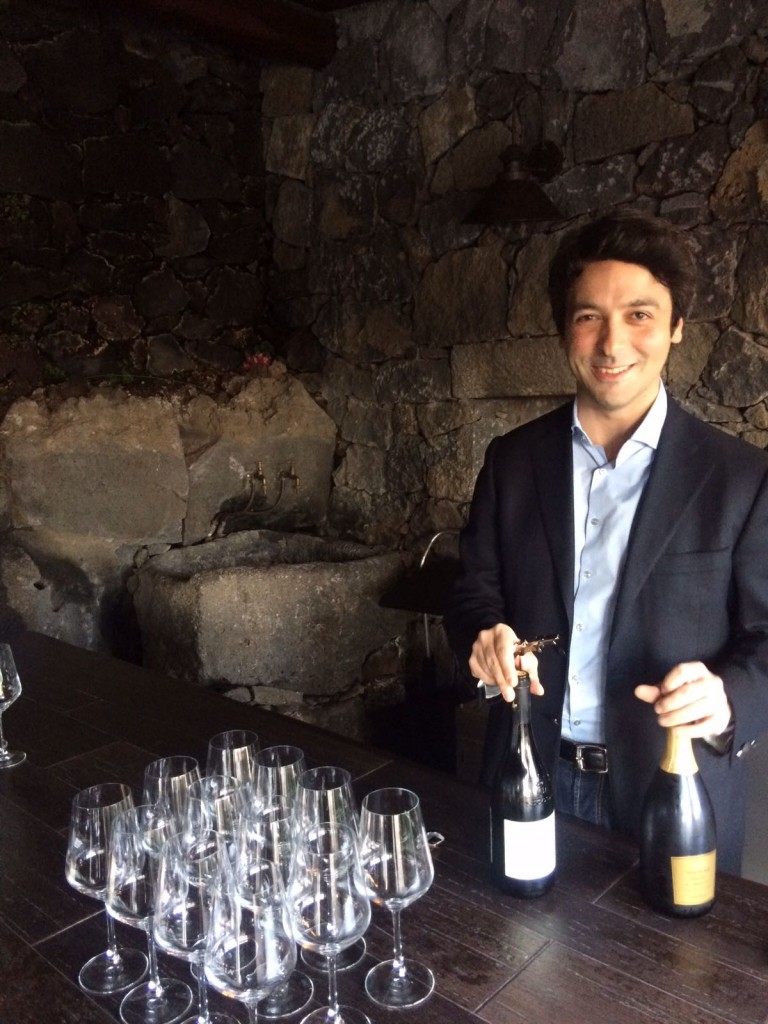 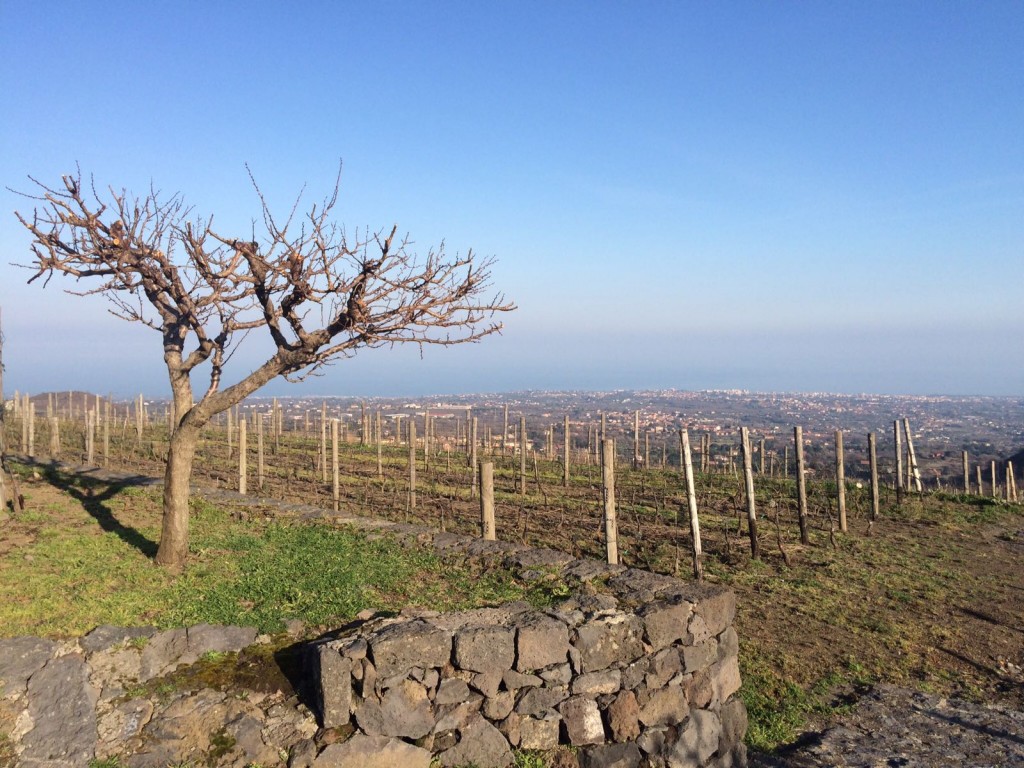 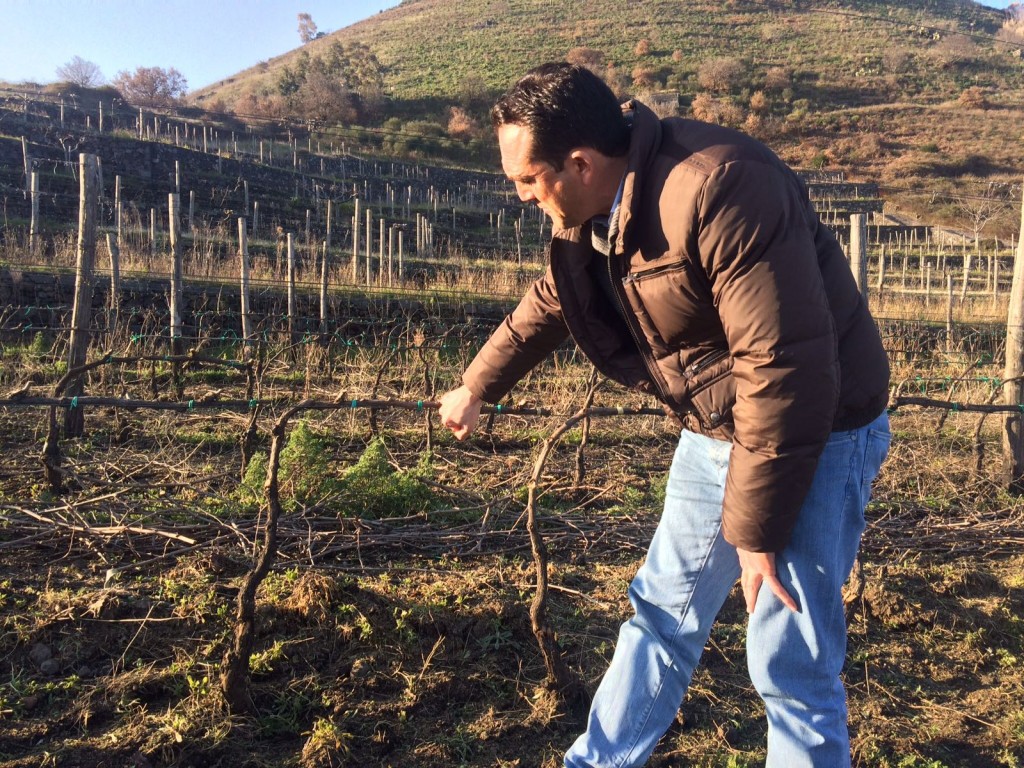 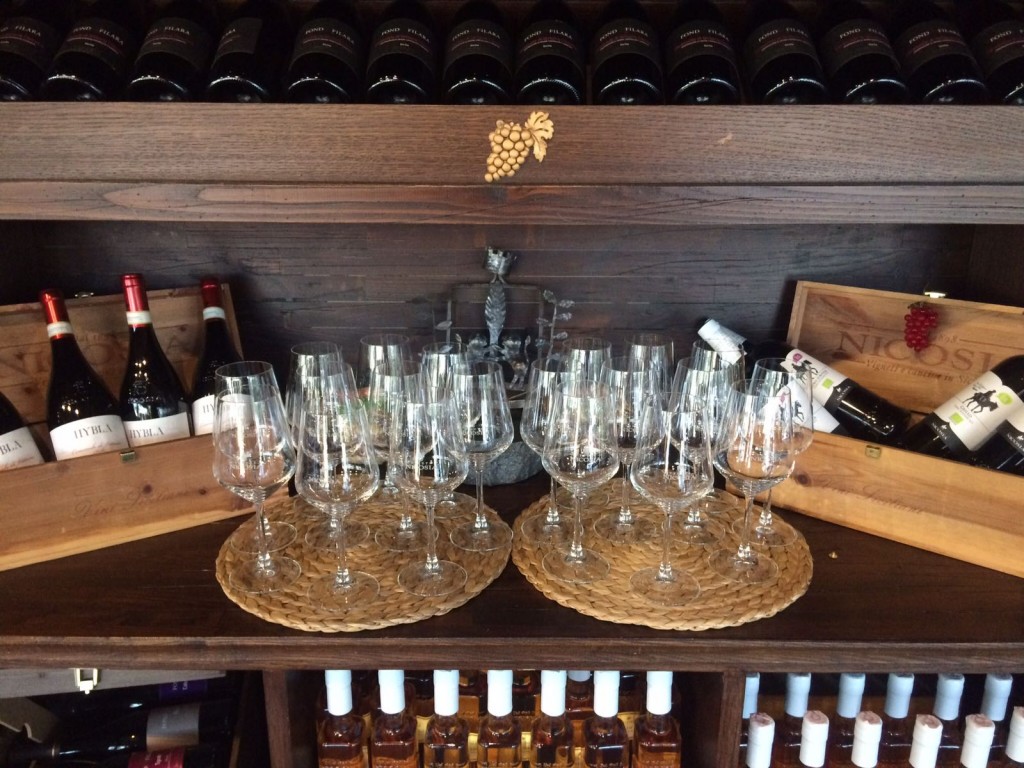 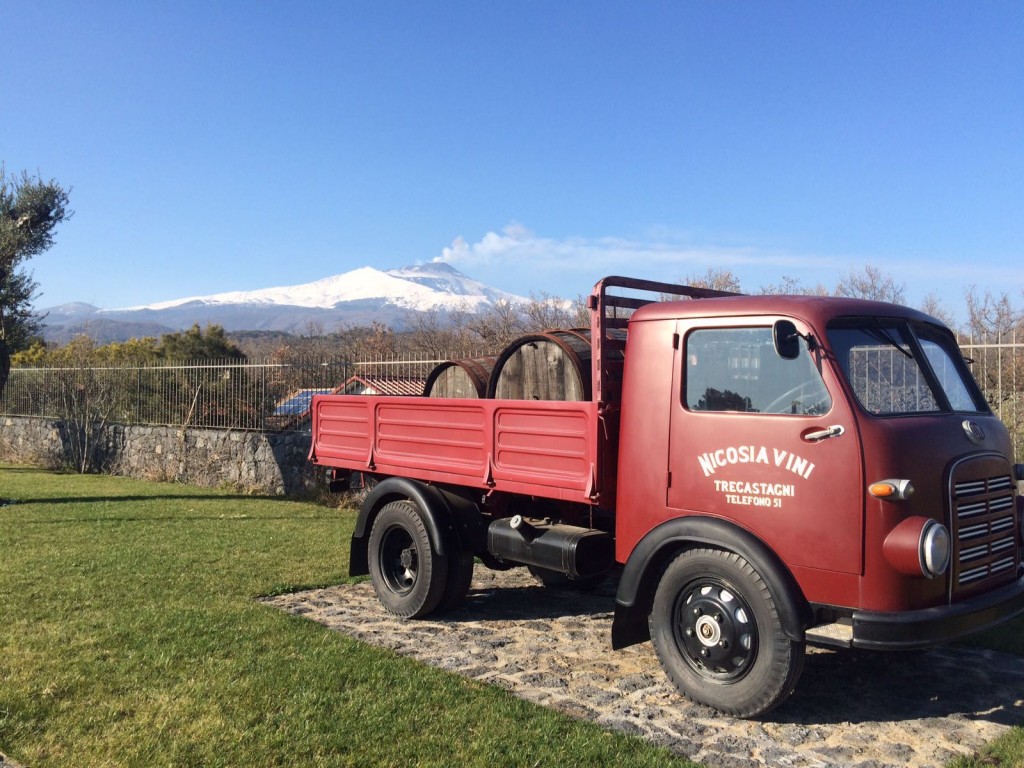 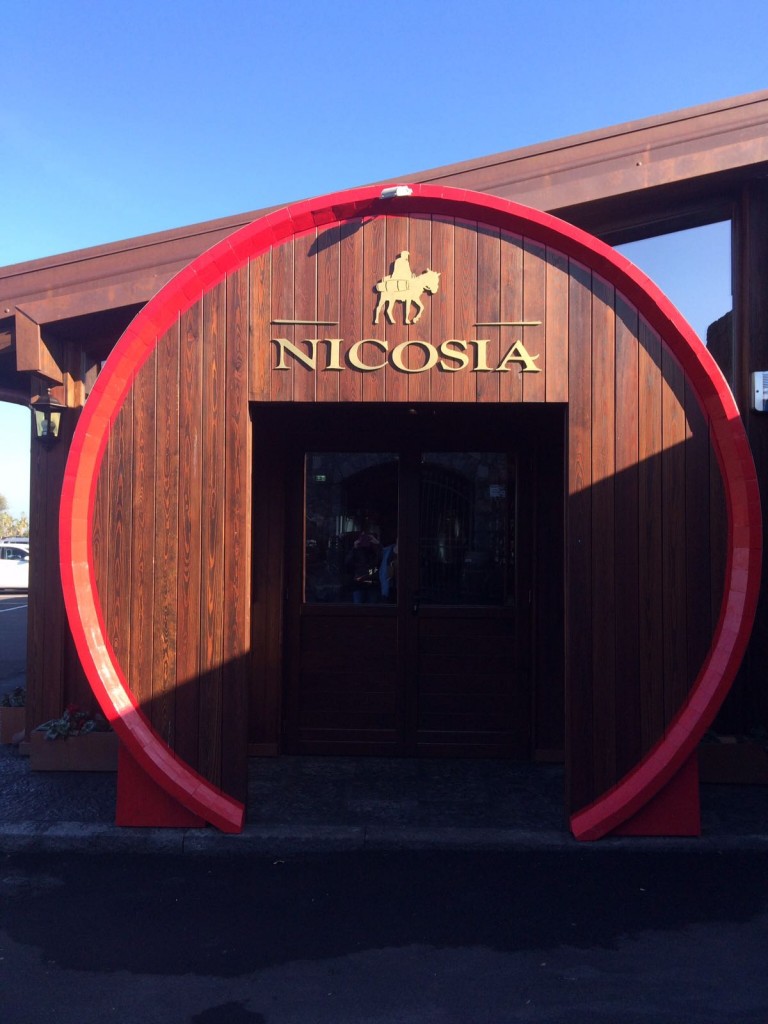 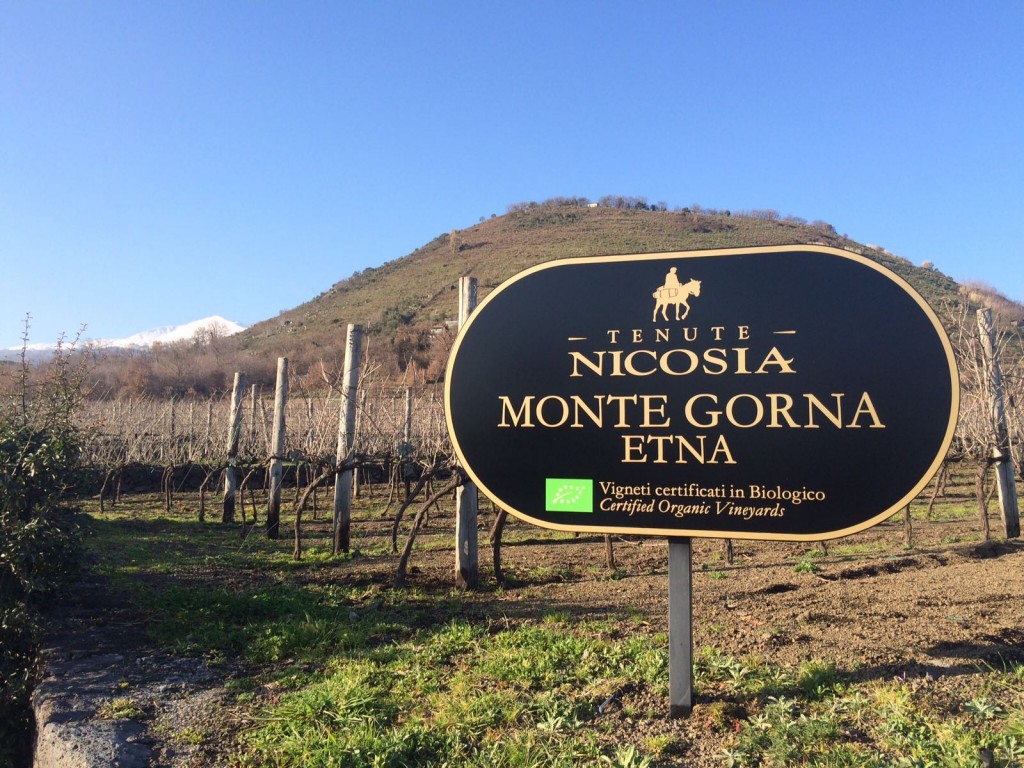