Open since 1992 in Piazza Armerina and not far from Villa Romana del Casale, the Al Fogher Restaurant was created utilizing an old house, no longer in use, used by the signaling personnel of the railroad line from Dittaino to Caltagirone. The warm atmosphere and décor, the wood, the carefully selected furnishings, the linens, the attention to detail, and the romantic fireplace are the principal elements which strike those who cross the threshold. But the driving force of the establishment are the dishes of Angelo Terra, whose cooking moves freely, and with much inspiration, amidst the plates of Italy’s and Sicily’s traditions and cooking.

Among the choices: first, cream of yellow pumpkin with vanilla, fried pumpkin, bites of salt cod and crumbled amaretto cookies. Second: the sea in the dish, a composition which includes a taste of red mullet with mirepoix vegetables; a taste of filet of sea bass with sesame seeds and lemon with rosemary olive oil; a small bowl of spicy shrimp with salmon eggs; another small bowl of shrimp with fish eggs seasoned with wasabi; a slice of mackerel with caramelized onions; a small tuna and sea bass tartar; marinated anchovies with salted ricotta cheese flavored with saffron, oranges, and lemon; a glass of Mojito a with lemon ice and dried currants. The meal then proceeds with a toasted slice of bread with beef tartar served with compote of ginger-flavored tomatoes.  Among the first courses: black spaghetti made in the house with squid ink in a sauce of “Piacentino” cheese, a local sheep-milk cheese. Main courses: beef cheeks simmered in Perricone wine and a pinch of cocoa. Dessert: an apple tart with a vanilla cream and pistachio ice cream. Service supervised by maître-sommelier Francesco Bardarè. The wine cellar is well stocked. 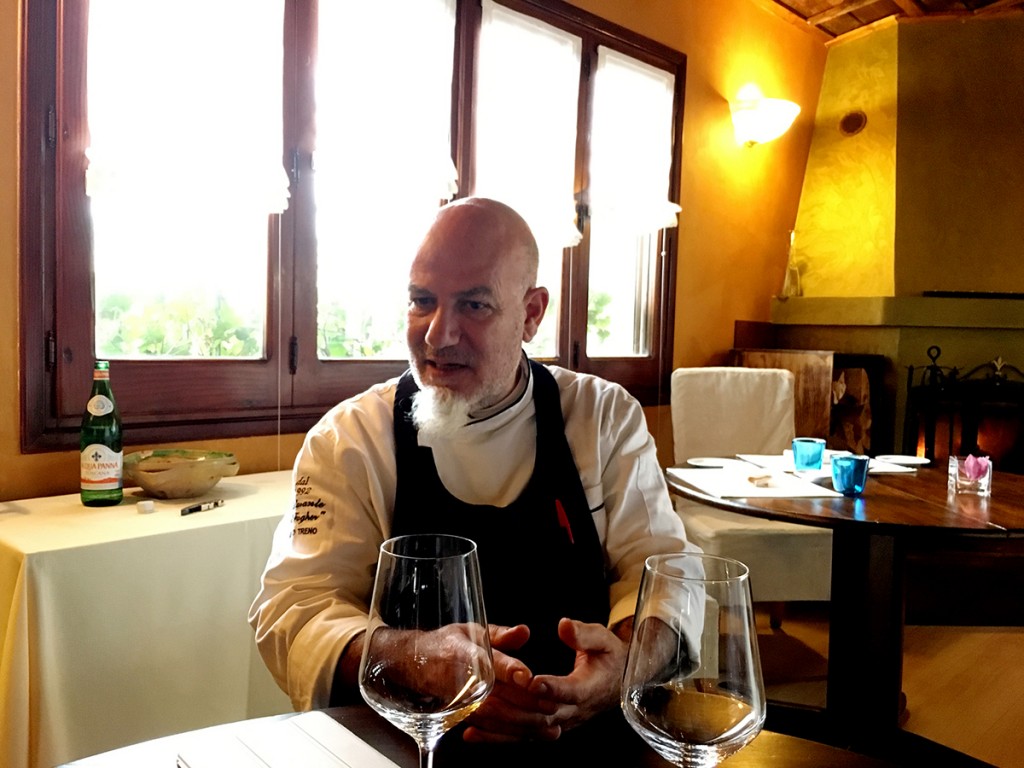 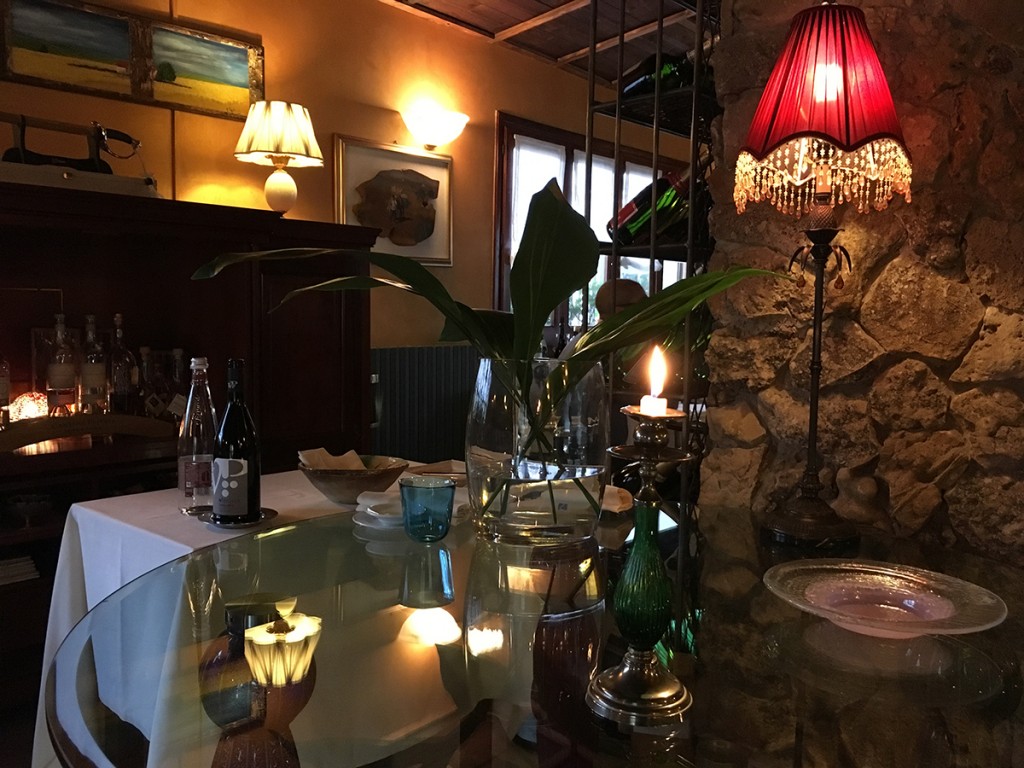 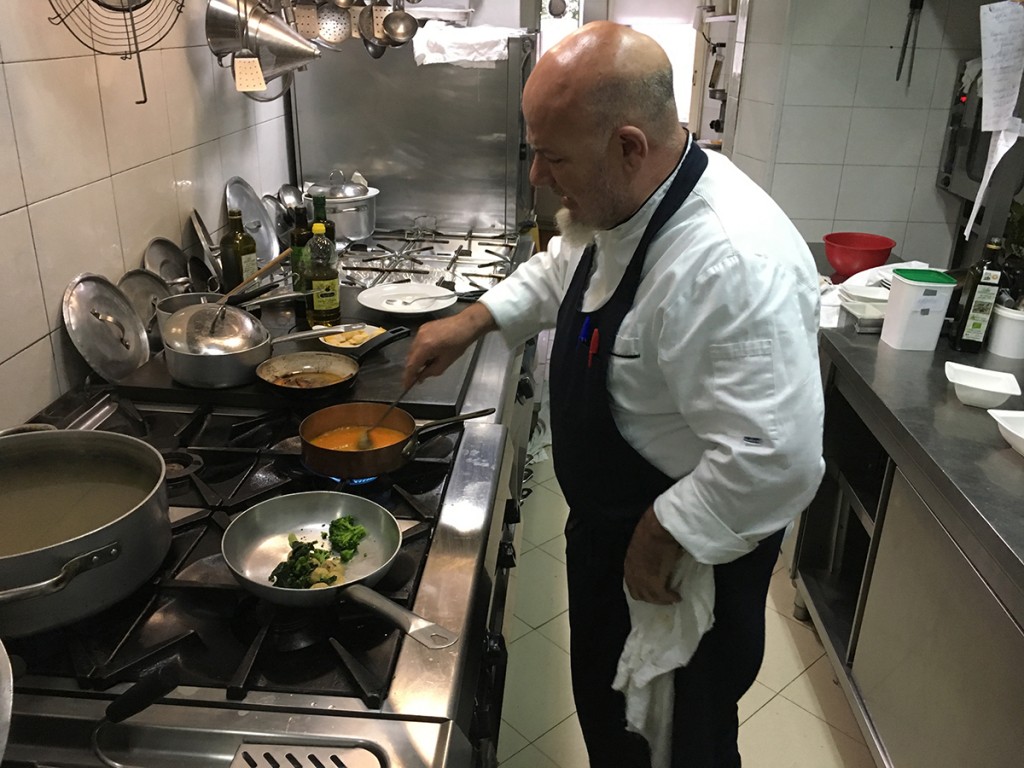 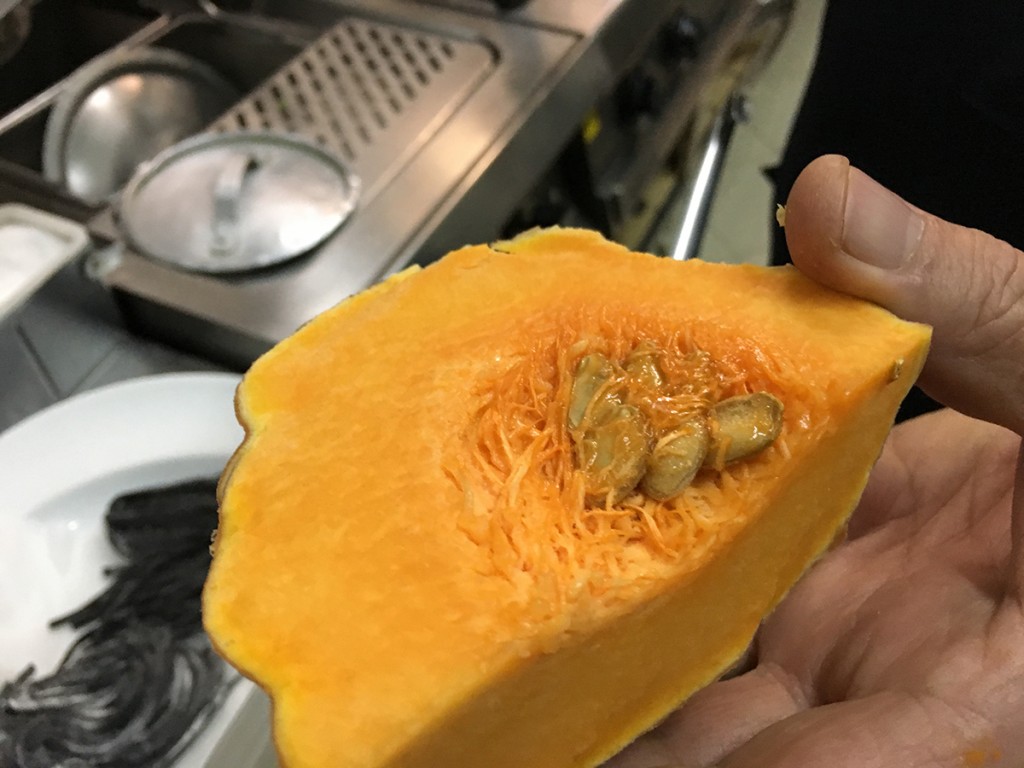 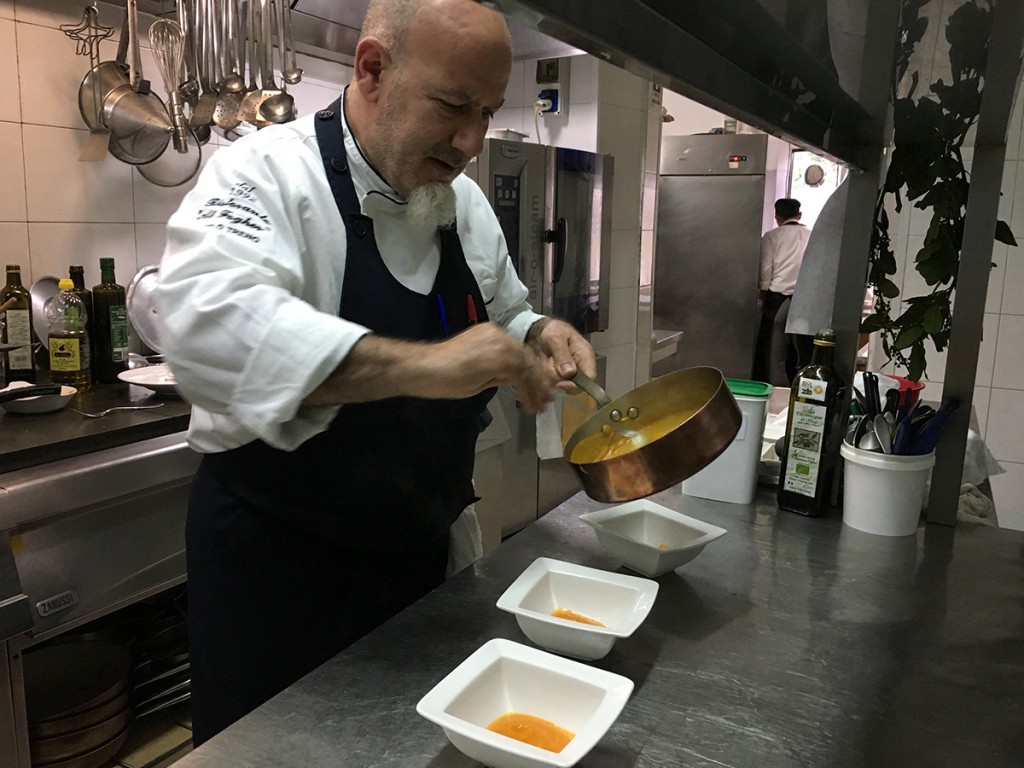 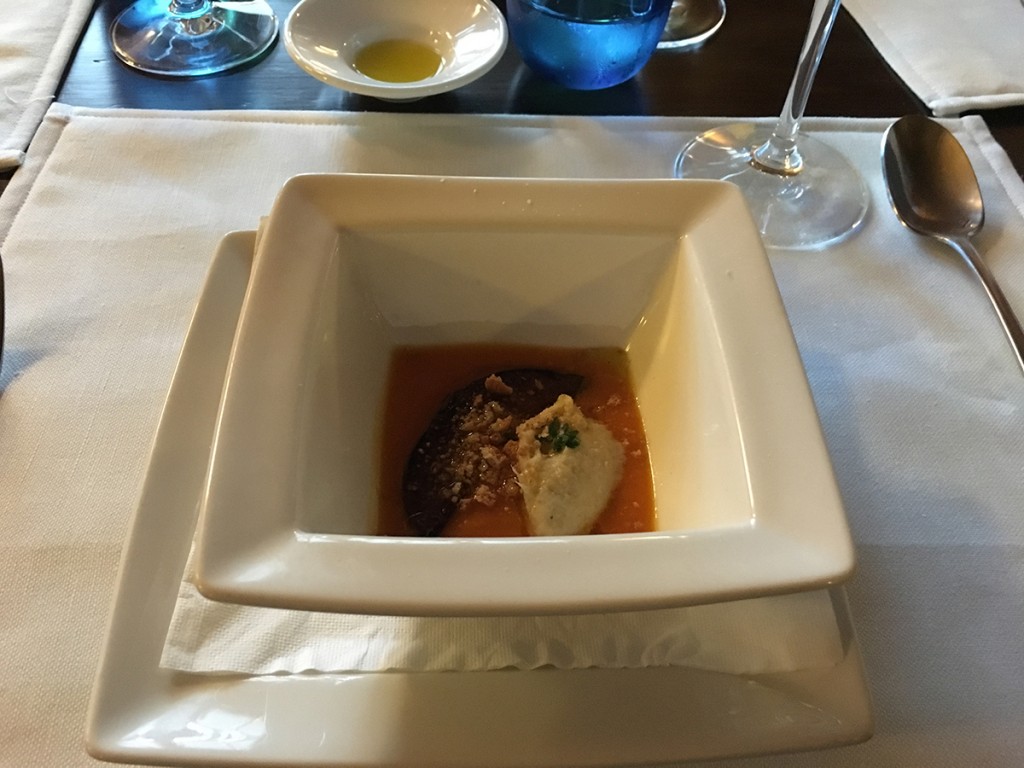 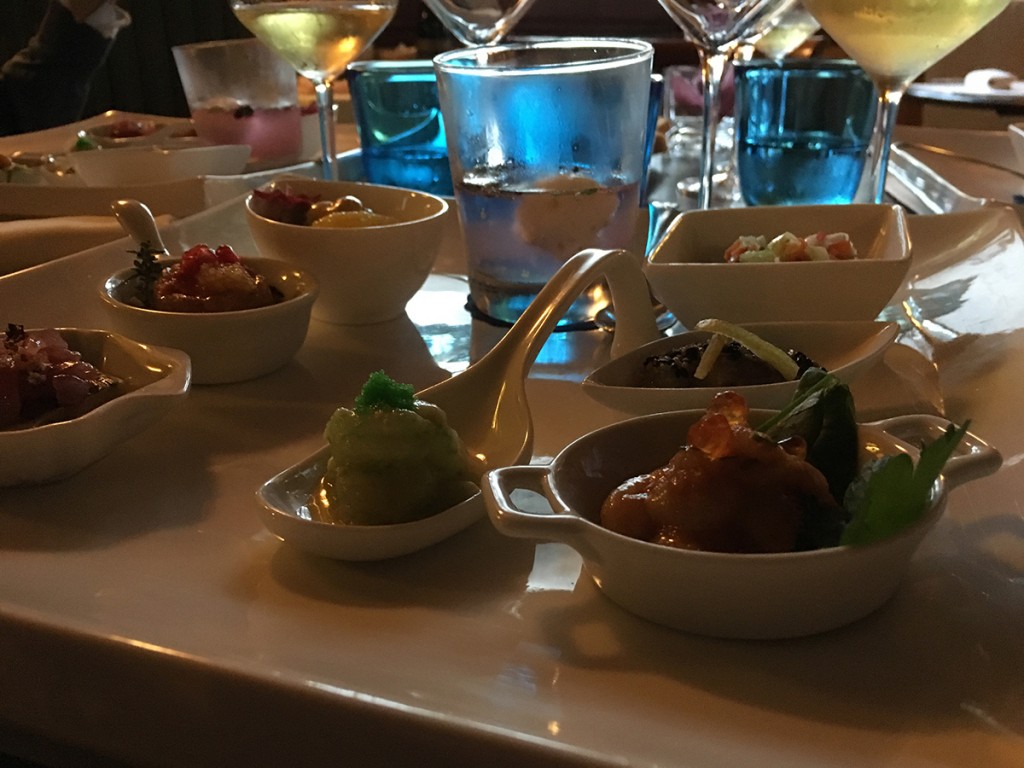 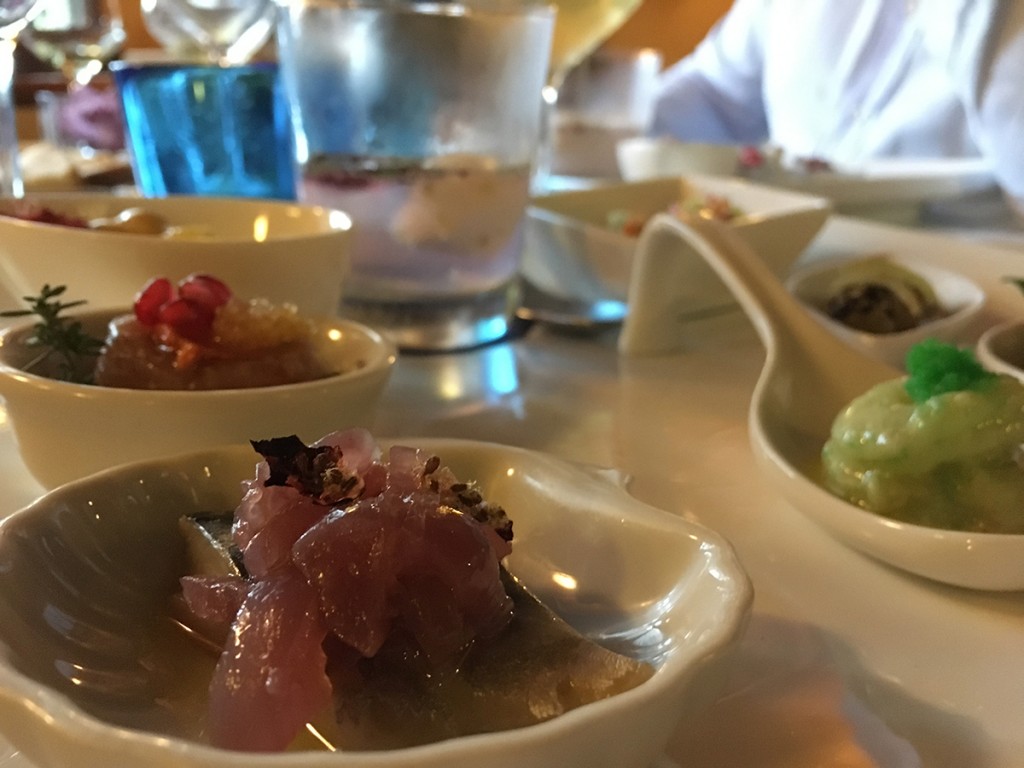 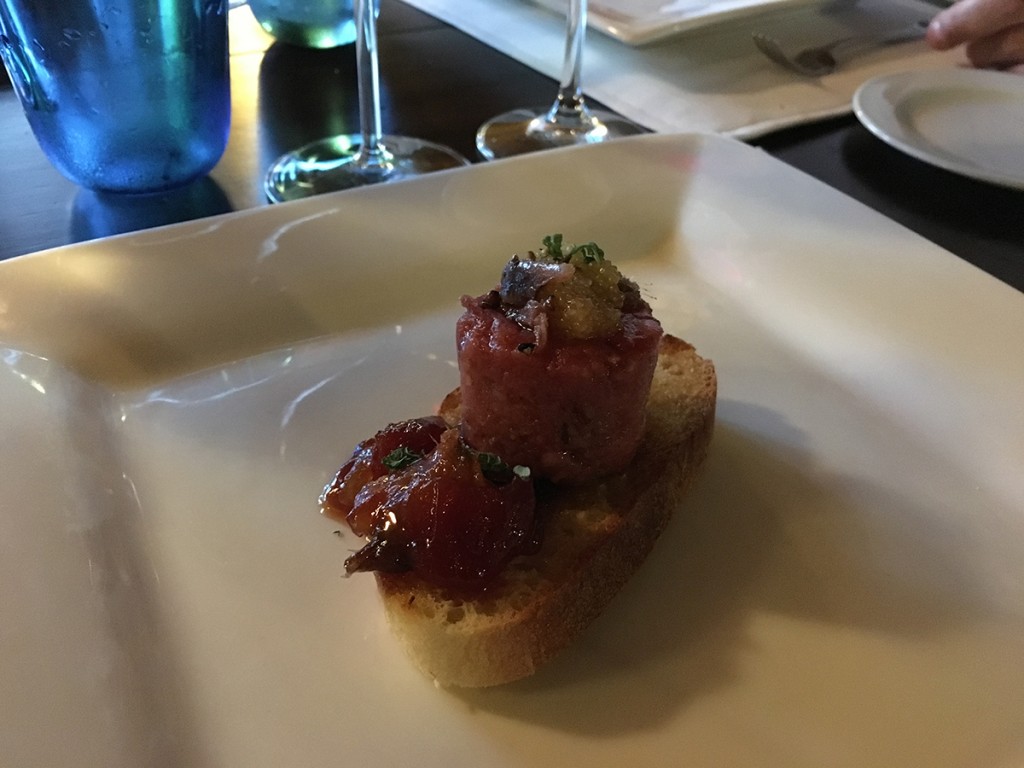 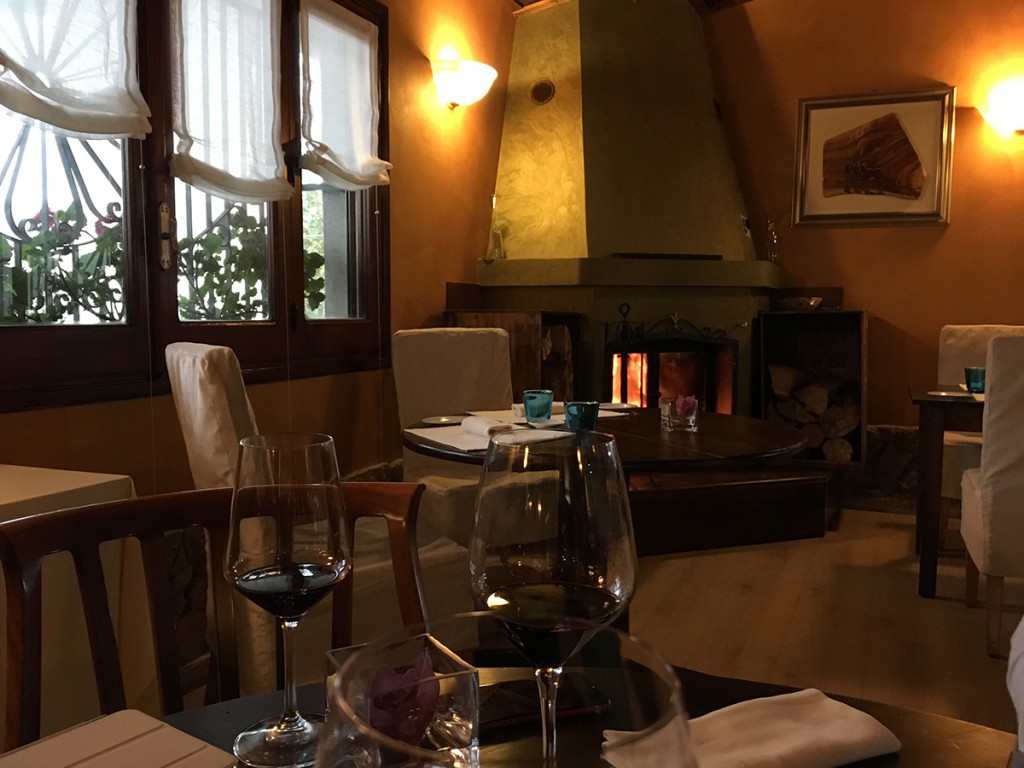 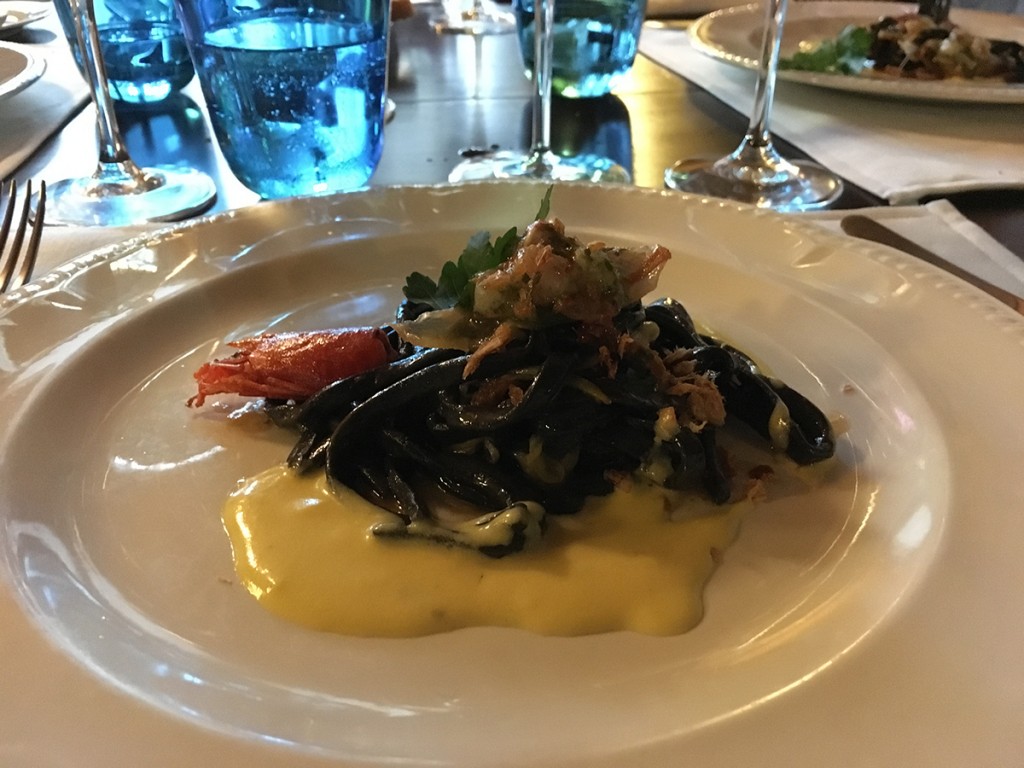 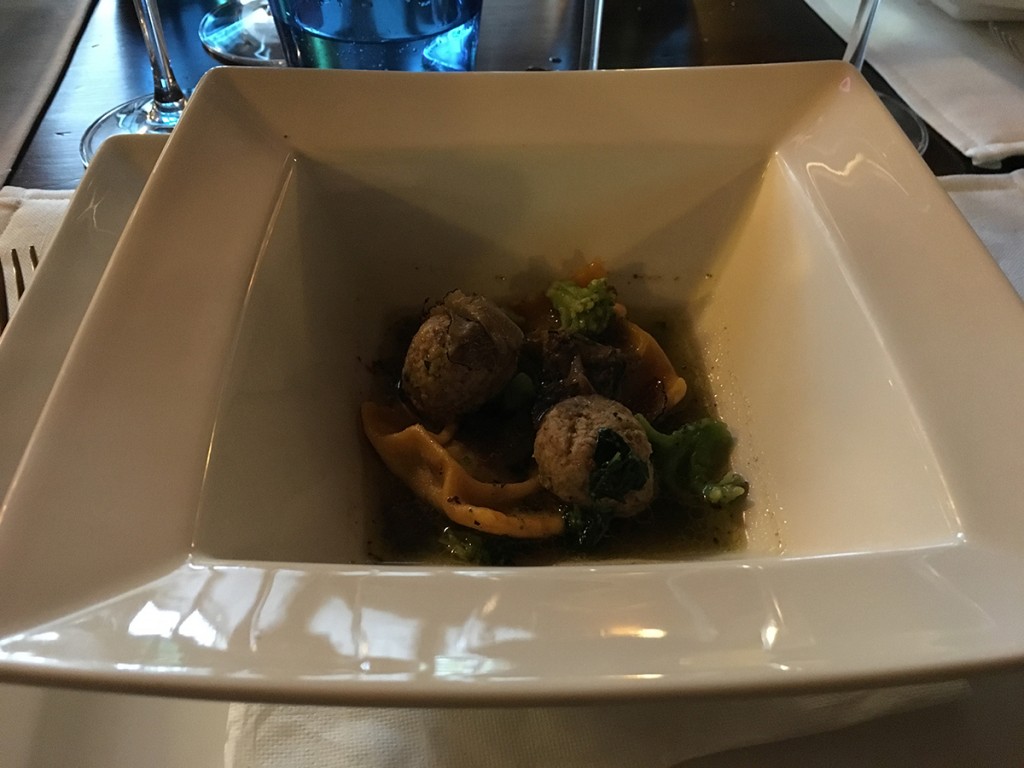 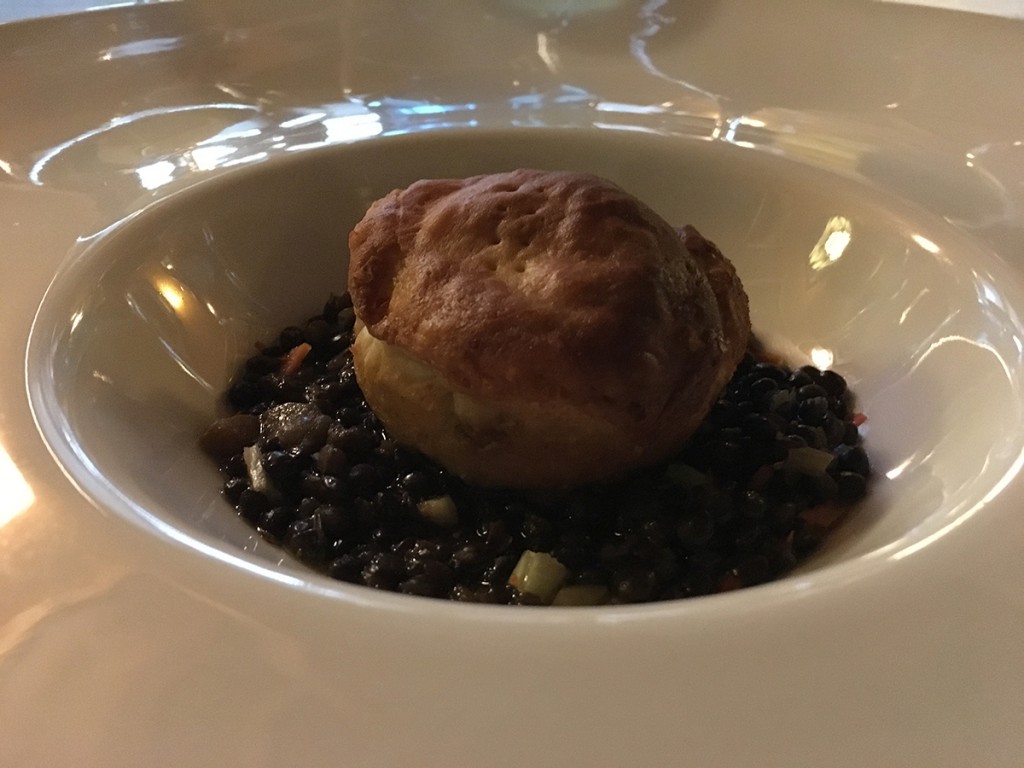 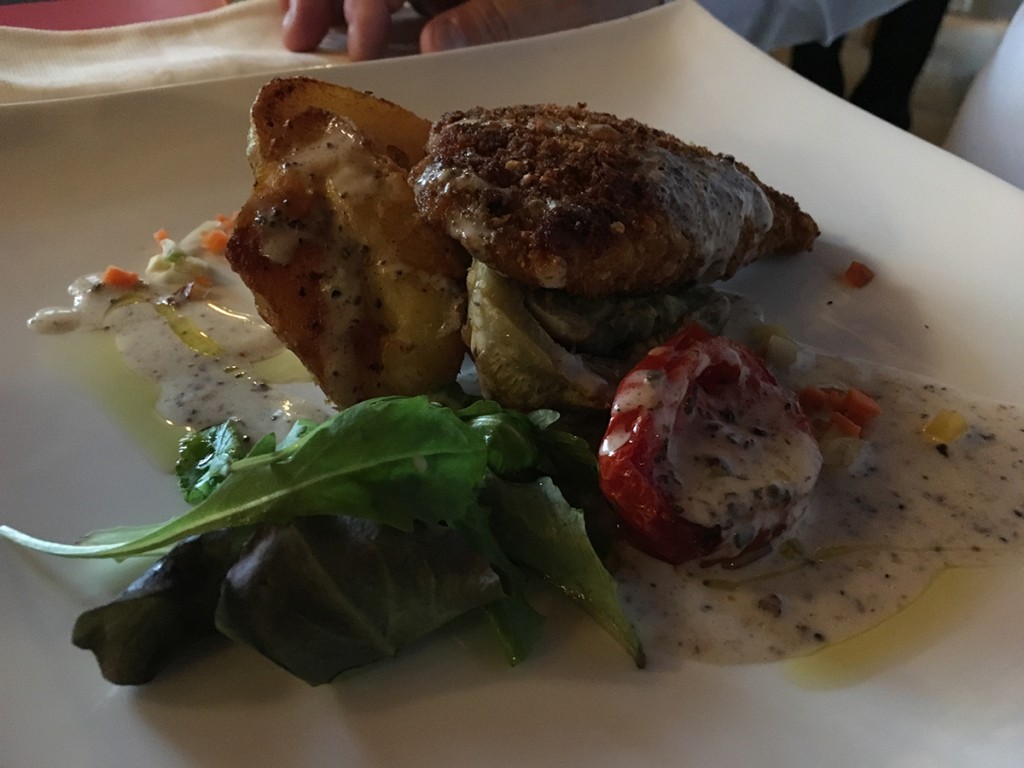 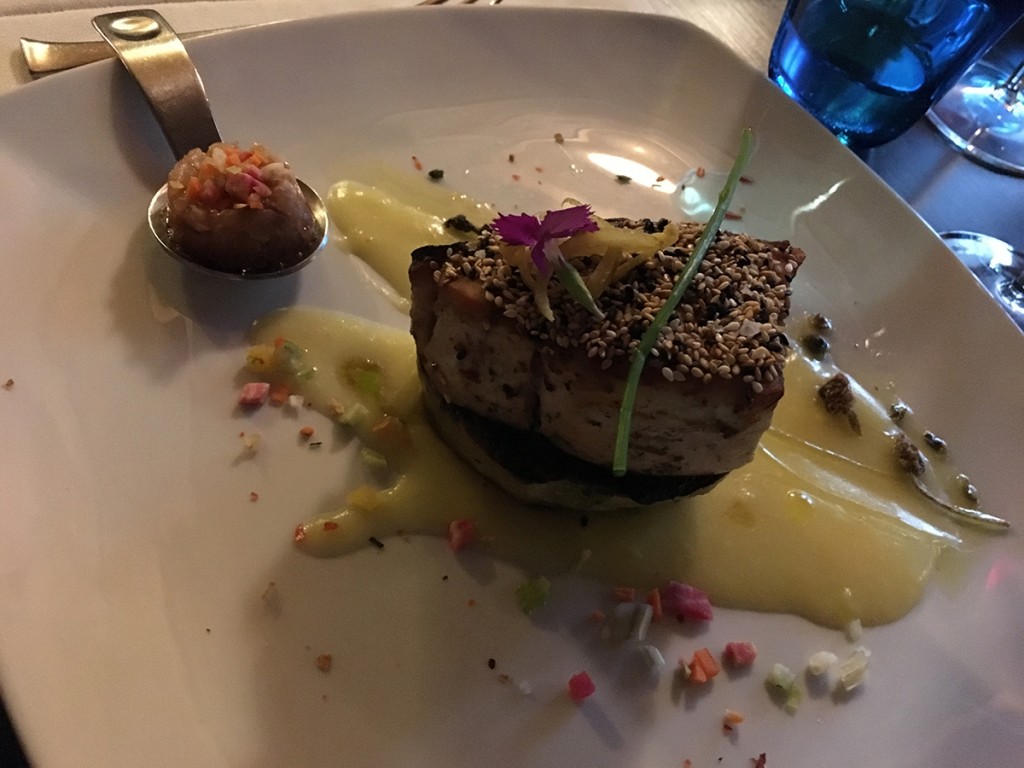 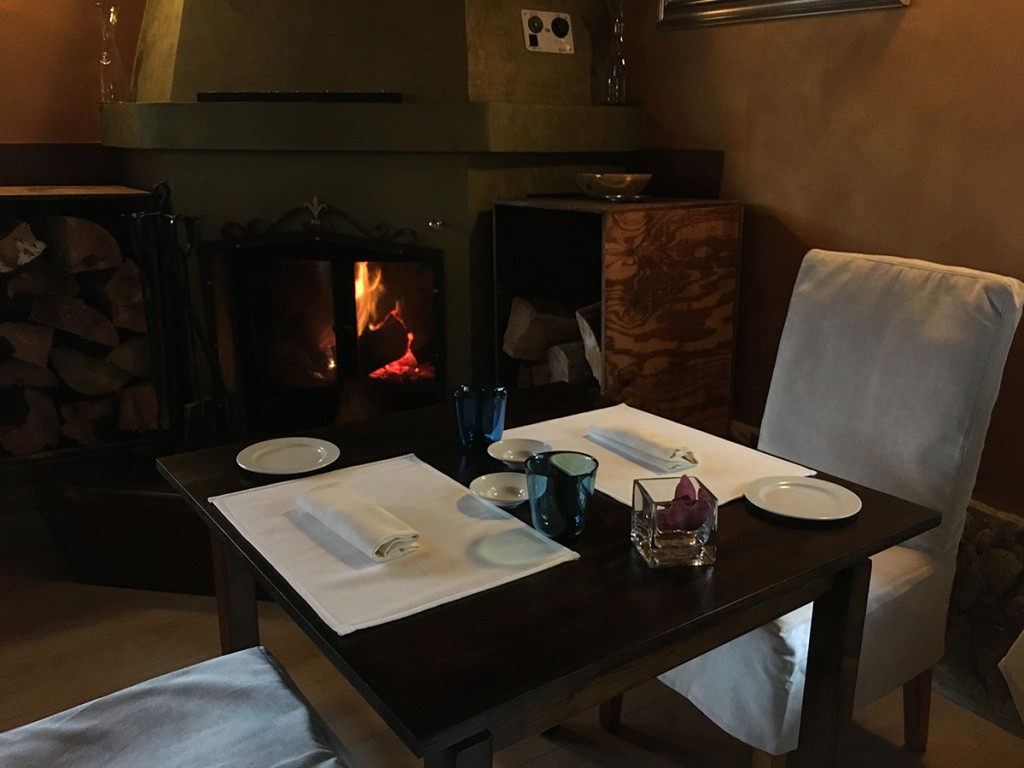 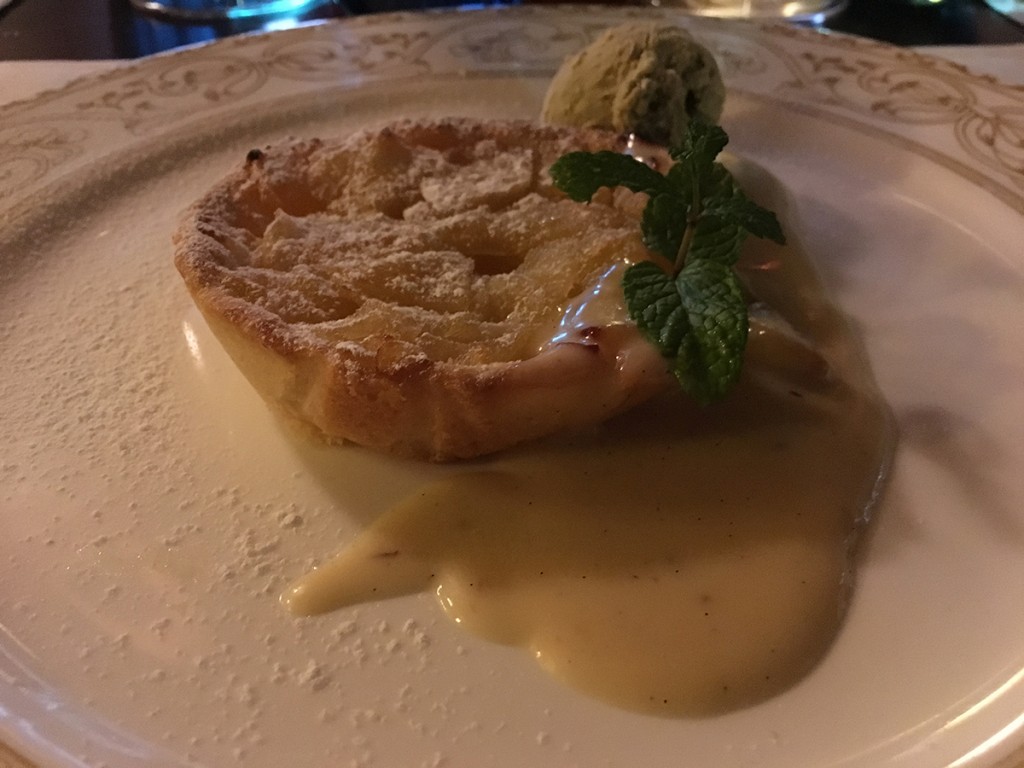 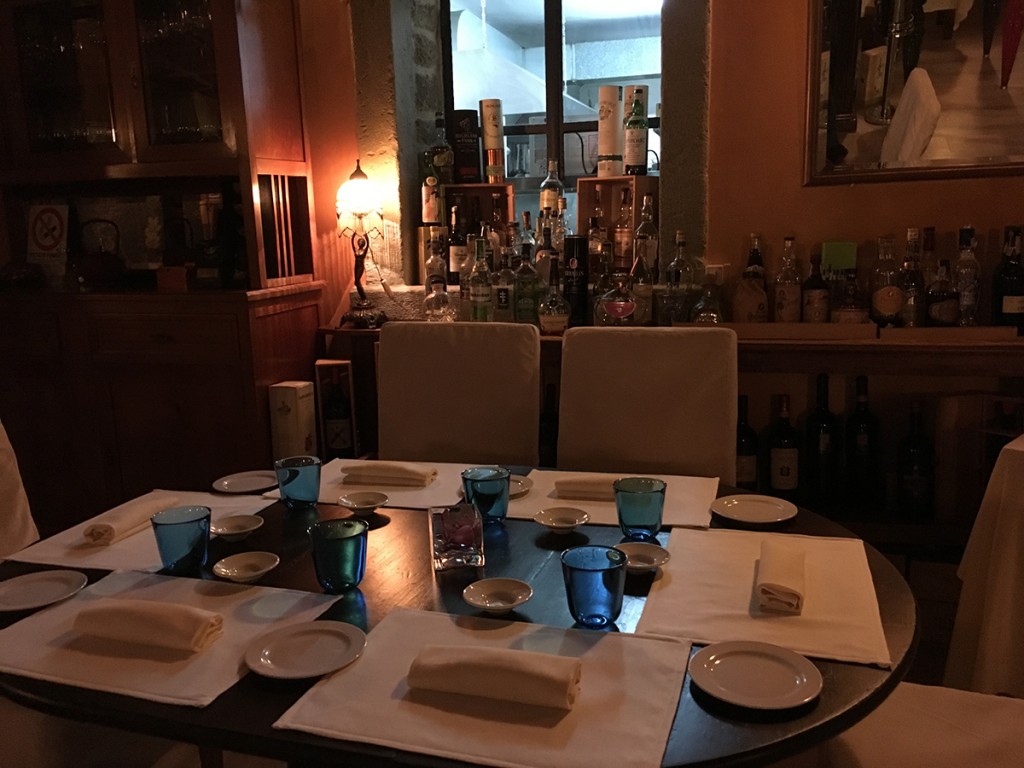 The organ of the Cathedral of Monreale resounds once again

Cathedral and cloister of Monreale