The First Chapter of Damiano Ferraro 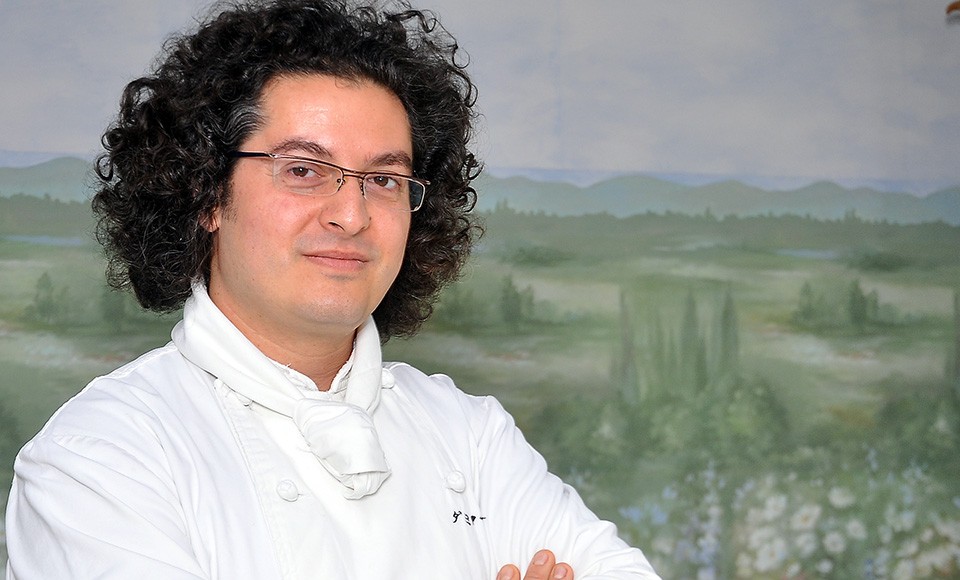 The First Chapter of Damiano Ferraro

He is the emblem of “Sicilianess”. Hospitable and exuberant, then shortly after introverted and mistrustful. A tireless and inspired worker, solitary in his work and in his kitchen, he is nonetheless totally tied to his family. Indeed, it is his family which is the pillar and mainstay of his work. “Casa e putia” – “house and workshop” – as a late 19th century Sicilian dictionary would say, where he lives is where he works.
We are dealing with Damiano Ferraro, chef and owner of the “Capitolo Primo” hotel-restaurant in Montallegro in southwestern Sicily, a small Relais halfway between Sciacca and Agrigento. A self-respecting Sicilian must, at one time in his life, have emigrated. At least for a certain period, even if in his case, that is not exactly how things went. His first professional experiences began in the kitchens of Gstaadt in Switzerland, then at Grindelwald, at Le Richemond of Geneva, at the Ermitage of Zurich. And then continued at the Dorchester Hotel in London and, again in England, at the Le Gavroche restaurant of the Roux brothers. And then … that’s enough, finally a return to the Valley of the Temples in Sicily and the opening of his “Capitolo Primo “ Relais in Monteallegro. In the name – “The First Chapter” – almost a (sweet) threat.
And, as far as his hotel, his “casa e putìa, are concerned, we are talking about a small and elegant Relais, a noble home of the 19th century entirely restructured. There are a dozen rooms all tastefully decorated, two even with a Jacuzzi. In terms of the cuisine which is offered, Damiano proposes the small ball of rice with cuttlefish ink, peppers, and calamari on a bed of cherry tomatoes sprinkled with cinnamon; a small dome of “false marzipan” composed of fresh sheep cheese and red shrimp in a sauce of fresh vegetables and a shellfish reduction; potato pasta seasoned with bitter chocolate and black pepper cooked in a broth of Swiss chard and, calamari, baby shrimp, and oranges; and grouper steamed with rosemary served with a salad of black lentils cooked in an essence of cartilage. To finish, a soufflé of cotage cheese, lemon, and fresh basil. Adriana, excellent hostess and the wife of Damiano, takes care of the cellar. The choice of the wines is almost limitless but well pondered.

An epic taste of Kamasi Washington!