The organ of the Cathedral of Monreale resounds once again 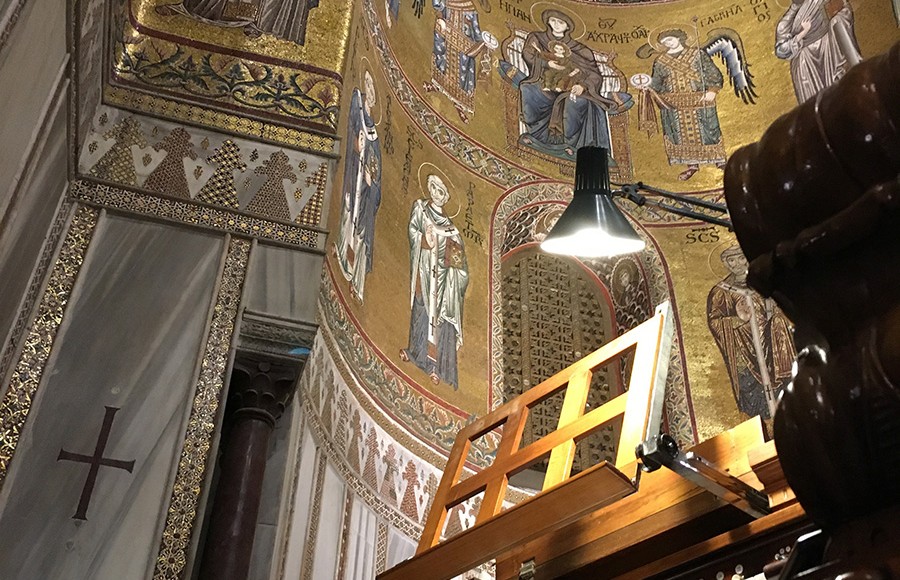 An extraordinary organ has come back to life. This is a story with a happy end which began in June of 2015. A lightning bolt struck the tower above the apse of the cathedral of Monreale. A few tiles of the mosaic of Christ Pantocrator were dislodged and the organ shut down. Built by the Rufatti firm of Padua between 1957 and 1967, it was the sole European organ with six keyboards with 61 keys each; 10 thousand pipes in wood and metal subdivided in three sounding bodies; the console is, among those which are movable, the largest in the world; and there some 400 commands, or stops. 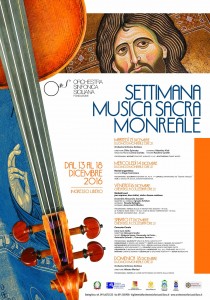 During the 56th Week of Sacred Music in Monreale (December 14th-18th, 2016) the organ once again sounded. At the keyboard was Diego Cannizzaro, the same master organist who had supervised the restoration work. Organist and harpsichordist, he has long been active in the safeguarding of historic Sicilian musical  instruments, among which, his last project, is the organ of the Chiusa Sclafani built by Antonio La Valle in 1637.

Diego Cannizzaro, a brief biography
Organist, pianist, and harpsichordist, Diego Cannizzaro teaches at the Istituto Universitario Tisia in the town of Cefalù and at the Istituto di Alta Formazione Musicale (the Institute of Advanced Musical  Education “Vincenzo Bellini”) “V. Bellini” in Caltanissetta. He is the president of the center for organ studies AUDITORIUM PACIS, and director of the IN TEMPORE ORGANI festival. He is also the organist of the Cefalù Cathedral. He is fully engaged in musicological research, in musical journalism, and participates in research on organ music and on the art of the organ at various European university institutes.