Antonio Rallo is the new president of the Union Italian Vini, the Union of Italian Wine (UIV) 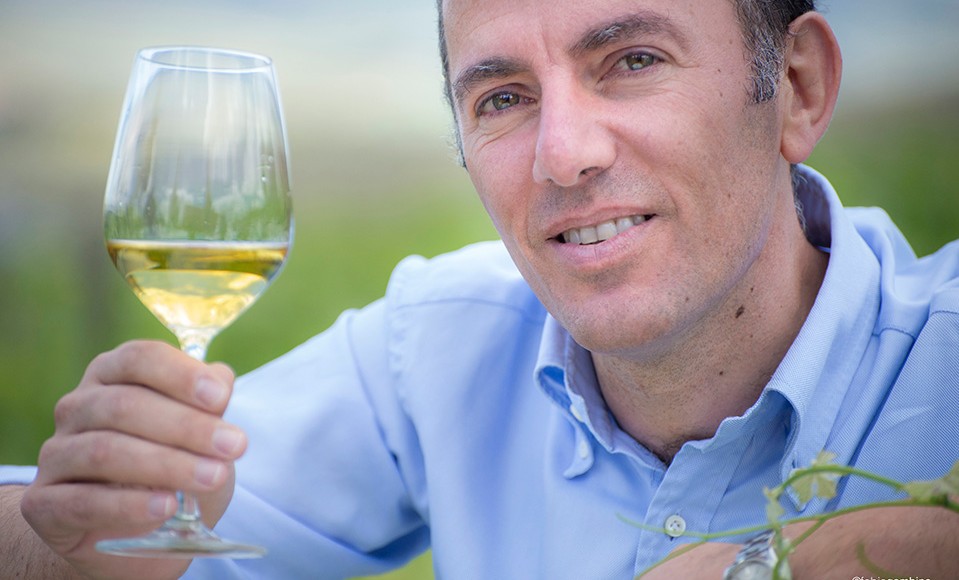 Milan, May 17th, 2016. Antonio Rallo, president of the Consiglio di Tutela (the Supervisory Council) of the DOC Sicilia (Sicily’s controlled appellation system) and director of the Donnafugata cellars in Marsala (province of Trapani), is the new president of the UIV Union Italiana Vini. A significant choice which gives further weight and influence to Sicily’s wine-producing sector, more and more decisive in terms of vision for the future and new strategies for the field.

The following is a list of the delegates elected to the various boards (the names with an asterisk (*) are new members:

The Unione Italiana Vini (UIV) is of great importance in its field. It should be sufficient to note that, founded in 1895, it now consists of 500 member firms, expressions of the various sectors of Italian wine production which represent 70% of the country’s wine exports. Accordingly, a place for exchange of ideas and viewpoints and of debate within the sector, an association which has become in recent years the privileged interlocutor with policy makers (Ministers) and institutions (both national and European), a force which is capable of orienting the lines of future development of Italian wine.

We interviewed the new president to find out what will happen during his term of office:

Antonio Rallo, congratulations for the new position which you have assumed. Donnafugata is part of a group of “model wineries” which have been the driving force for the entire wine sector, in difficult moments as well as others of grand success such as the period beween 1995 and the new millennium. What is the current situations in terms of how you must face your new role?
Thanks for the good wishes. On the basis of my previous experience in the association, I can say that to be the president of the UIV is a role of great responsibility. It is necessary to reconcile the many varying thoughts and philosophies of Italian wine and to unify them into one sole voice. The example of Sicily will be quite useful to me. The island’s wine have undergone an important growth and has taken steps which previously would have been unimaginable; during my work both in Assovini, the association of Sicilian producers, and the consortium of controlled appellations, shared and highly representative solutions were found which reinforced the entire sector. Because unity gives strength, I am happy with this new responsibility, one which also rewards my home territory, something well deserved. Sicily is the Italian region most heavily planted to vines and is a place which is constantly evolving and growing. Thanks to the generation which preceded mine, quality has grown considerably, as have the positive image and the economic value of the wines which Sicily produces. We now need to continue along this path and I sincerely hope that the presidency of the UIV offered to a Sicilian entrepreneur is further assistance to this development. I intend, as I have always done in the past, to give my maximum commitment to these new responsibilities.

President Rallo: exports, programs, commitments?
Wine, at the current moment, is one of the loveliest products, and public images, of Italy and one of the most exportable as well. Exportable to every corner of the world and with positive repercussions on the country’s balance of trade. To be sure, the situation is not entirely rosy. Protectionism on one side, just like the management, not always a terribly efficient one of the European Community’s resources for the promotion of our wines, risk slowing down a further development of our exports. We intend to work at an institutional level to remove these obstacles and simplify the system. This is one of the necessary paths to take to improve the competitiveness of Italian wine. As far as the rest of the program is concerned, we need, over the next few weeks, to define, together with our colleagues on the National Council of the UIV, a calendar of deadlines and priorities. We will begin working to strengthen the strong points which have emerged in recent years, interpreting with an authentic spirit that “sense of continuity” which political action and internal organization require to be effective. In this context, our primary objective is that of reinforcing the association so that it become more and more inclusive of all the firms involved in the economic cycle of the field (larger and smaller firms, cooperatives, industry and commerce, and/or other forms of association) and, moreover, become even more representative of the entire fsector of wine production.

Il peso politico di UIV è notevole perché riguarda tutta la filiera. Cosa ne pensa del Testo unico del vino approvato in commissione alla Camera il 6 aprile scorso e presentato all’ultimo Vinitaly?
The Unified Text on the Vine and Wine, whose approval by the Agricultural Committee of the Chamber of Deputies is, we hope, very near, represents an authentic legislative revolution both in terms of method and of merit for future norms. Method: because it consists of an organic body elaborated by the entire wine sector, one which in recent years has demonstrated– and on this particular theme – an extraordinary ability to propose and to exchange ideas and thoughts. Merit: because the Unified Text constitutes a model of simplification of norms awaited for years by the firms in the sector, one which will bring, together with a new normative clarity concerning many important and delicate questions relating to the production of wine, a significant bureaucratic simplification which will solve the problem of the onerous procedures which have become extremely burdensome for many producers.

Is the UIV important for scientific research as well?
Very important indeed. Contrary to what one might think, the wine-producing sector is a dynamic one, strongly conditioned by innovation. The challenge of “overall sustainability” in the wine sector, from an environmental point of view but also from the economic and social viewpoint as well as what I might even call the ethical point of view, involves innovation, i.e. the ability to translate pure research into processes and products which can influence the ways in which wine-producing firms operate. For this reason, promoting research is of fundamental importance for an association which wishes to further the interests and assist the development of producers. The UIV, in fact, has, for several years, launched a national project, UNIVIR 2020, which aims at constructing a virtuous cycle linking universities and firms though the creation of a national network of wineries and centers of research excellence in the field of viticulture and oenology. The network seeks to orient the funds made available by the regions towards the research activities and areas of study proposed by viticultural firms. A complex and very ambitious project, but one which we consider strategic non merely for the future of Italian viticulture and wine production but also for research itself, which can no longer live, or survive, with no ties whatsoever to the needs of the market and the problems posed by entrepreneurs themselves.

What is the UIV program for its associates? A larger or smaller number of members?
As I’ve already said, we have been working for years to create an association which is more and more inclusive towards all of the different firms involved in the economic cycle of the wine-producing sector (large and small firms, cooperatives, industry and commerce, consortiums and/or other forms of association) and moreover, will become more representative of the entire field. It is clear that this commitment needs to be translated into a further efficiency in the services offered by the association in support of the firms and into a greater attention to the instances of the various wine-producing territories. One of the priorities for the next three year period is a program to consolidate the policy of opening up to the territories and to wine firms, intensifying the associative marketing offered to all Italian wine firms. An association, in short, “of all entrepreneurs and for all entrepreneurs” which is able to become the spokesperson of the ethical commitment of the enterprises, the values of the territories, and the spirit of the sector.

The UIV is of great importance because it in cludes all the active forces in the field of production of wine. Isn’t this an economic sector which is too vast? How can the board of directors fully understand all of the various and varying needs?
The Union Italian Vini consists of three separate Federations, one dedicated to the grower-producers, another to the négociant houses, and the third to the industrial firms, and this precisely in order to give space to the different types of operators in the sector and offer everyone the possibility of expressing the needs of the various entrepreneurs in the world of wine. The three Federations have an important autonomous existence within the overall space of the Italian Confederation of the Vine and Wine, which brings them together in one sole associative ambience where, obviously, internal dialogue is carefully conserved and furthered. The organizational structure, clearly, is based on the premise of dialogue, but in recent years all of us on the National Council have labored, together with president Domenico Zonin, to fill this organizational structure with contents based on dialogue and exchange of ideas and opinions. And results have arrived. Certainly, if I were to declare that all the discussions have found a moment of synthesis and agreement this would not be true. But dialogue and exchange are useful precisely in that they remain until a shared position is achieved. And in the new National Council as well, I have noted that there is a positive climate of constructive dialogue thanks to which, I am sure, we will reach new levels of agreement and shared opinions which will operate in favor of Italian wine as a whole.

Wine for Landscape means investing in the landscape. Wine cellars and the University of Palermo are collaborating in a pilot project

La Cuba, the wine from the sea