Sicily is Italy’s southern most region, and the largest island in the Mediterranean Sea. For more than 2500 years Sicily (800 b.C.) has been a significant center of Mediterranean viniculture, although the reputation and style of its wines has changed significantly over that time. The island was once most famous for sweet wines (Muscat of Pantelleria and Malvasia delle Lipari), and later fortified Marsala. Today many of its best-known wines are dry table wines. At its widest point Sicily measures 280 kilometers (175 miles) east to west, and about one third that distance north to south. Its roughly triangular shape led the island to be dubbed Trinacria(the triangle) during the Middle Ages, and is reflected in the triskelion (a motif with three protrusions) at the center of the regional flag. Blessed with consistently bright sunshine and reliably moderate rainfall, Sicily’s classic Mediterranean climate is ideally suited to the production of wine grapes. The warm, dry climate means that mildews and rots are kept to a minimum, particularly in well-ventilated areas that benefit from coastal breezes. This low disease pressure means that chemical sprays are hardly needed, so much Sicilian wine is produced from organic grapes. 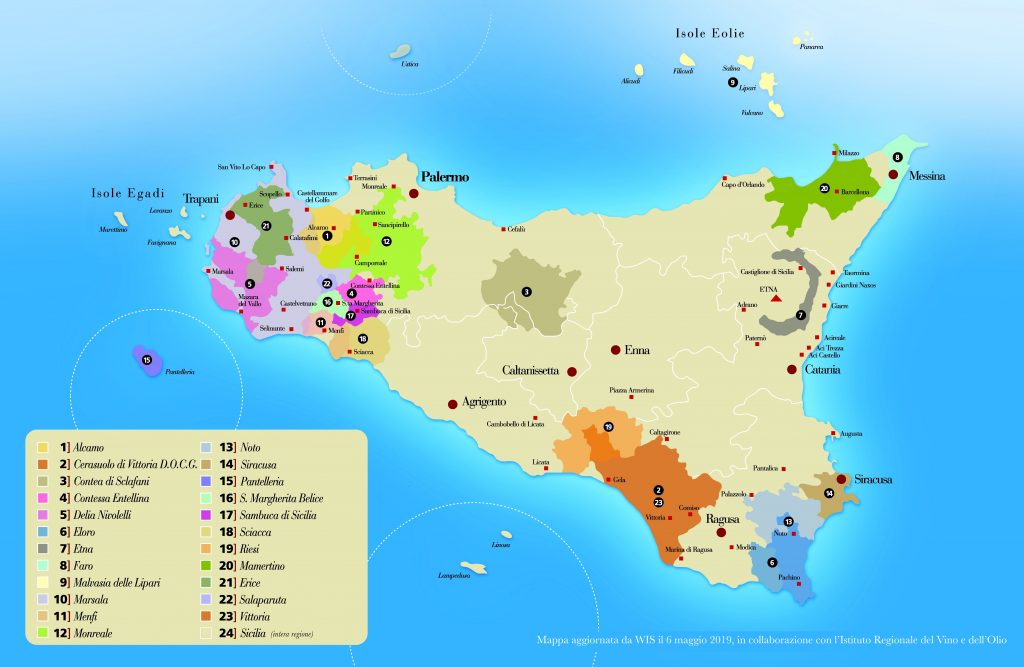 My face masks have finally arrived!