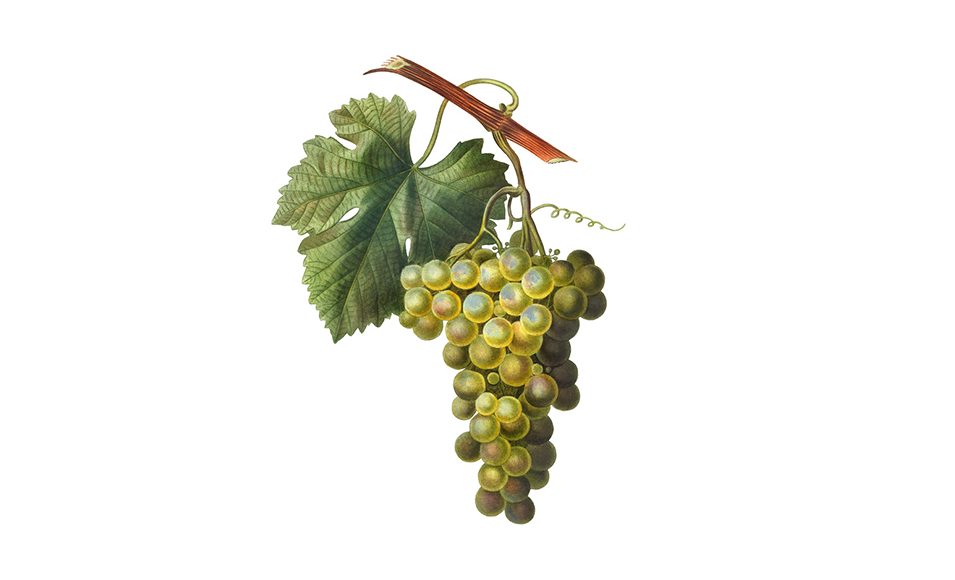 Historical Notes
It is a tradtional Sicilian grape variety and, accordingly, the hypothesis (Giavedoni and Gily, 2011) that it was brought to Sicily from Puglia does not seemed sufficiently supported. It is not a variety which has had a long period of diffusion on the island. The first citation appears to have been in 1873 (A. Alagna-Spanò) and then in an address of Abele Damiani on the viticulture of Trapani in 1885. Damiani, however, declared that the variety he was discussing had been supplied by Mendola, and for this reason it seems strange that the grape was not present in the collection of the noted ampelographer nor in the list of Sicilian varieties prepared in 1884 by this writer.
The variety is not cited among those cultivated in the province of Trapani (1886), is absent from Monograph of Frojo (1871) which lists 35 grapes cultivated on the island, and is not numbered among those utilized for the wines of Marsala. Cerletti (1892), in a report on the production of this wine, does not cite the grape among those preferred by the important firms of the zone, while the grape is cited in an encounter on this wine held at Conegliano Veneto the same year. Mondini (1893), in his discussion of the viticulture of Sicily, names only two grapes used for the production of Marsala, Catarratto and Inzolia. It is certain, however, from the end of the 19th century on, that during the replanting after the phylloxera plague, this grape variety took on a more significant presence and a larger importance for Sicilian viticulture, particularly in the province of Trapani, as a substitute for Catarratto Bianco, less productive in the Marsala area.
Paulsen (1909) studied the comportment of Grillo when grafted onto various rootstocks, considered it a quality variety and an important one for Marsala, and referred that it was cultivated in the provinces of Trapnai and Messina. Murania(1811) cites it as among the varieties cultivated around Castelvetrano. In the report of the Ministry of Agriculture of 1923 called “Notices on the South”, it is indicated as present in the provinces of Trapani and Agrigento.
Molecular studies have demonstrated that Grillo is the fruit of a crossing of Catarratto Bianco and Zibibbo, or Muscat d’Alexandrie (Di Vecchi Staraz et al., 2007, De Lorenzis et al., in litteris) and is identitical with the Rossese Bianco of Liguria (Torello Mariani et al., 2009). The origin of this grape variety  would appear to be attributable to Mendola, who created various crossings with the “parents” of Grillo, obtained Moscato  Cerletti and/or Catarratto Cerletti; this last grape is amply described by Molon in his Ampelography of 1906, which instead ignores Grillo. 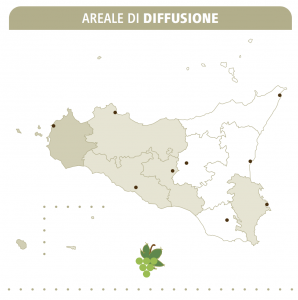 Grillo, historically, has been principally planted in the province of Trapani, where it is the basic grape variety for the Marsala DOC wines. It is part of various DOC appellations of central-western Sicily, and in recent years, thanks to the quality of its characteristics, is spreading into other parts of the island for the production of dry white wines. It is present as well in the province of Agrigento and, in a more limited way, in the provinces of Palermo, Caltanissetta, and Siracusa. Outside of Sicily, it is cultivated principally in Puglia, where it is part of the blend of various IGT wine.

Description of the variety
Grillo shows a reasonable infra-varietal variability, demonstrated by phenotypic research which has led to the identification of two characterizing bio-types based both on morphology and on the qualitative characteristics of the musts and wines. The two bio-types have been called A (with a somewhat compact bunch) and B (with a more open bunch). 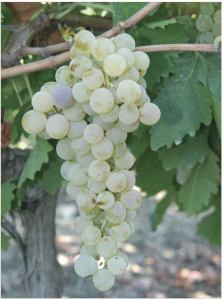 Medium length and width, from spherical to ellipsoidal in shape, greenish-yellow in color, a pulp without any particular flavor and somewhat firm in texture.

Phenology
It is characterized by a late bud burst and by an early harvesting period, characteristics which define a growing season and growth cycle which are short.

Ripening rhythms
The accumulation of sugars, which begins in late July and early August, is precocious and goes forward in a regular fashion until early September when the grapes are picked, reaching medium to high sugar levels. The year to year differences which have been registered are conspicuous and demonstrate a certain instability in the sugar accumulation process. The trend of the maturation of the measurable acidity is a regular one which proceeds in a steady fashion, particularly in the second phase of the process. This leads to musts which, at full maturity, have a normal acidity, and show a greater regularity over the years than the sugars.

Qualitative characteristics of the must
The musts of the two bio-types can differ substantially – from medium to important –  in terms of sugar content at the moment of their picking. They nonetheless have a positive balance of sugar and acidity with a predominance of tartaric acid compared to the malic; the values of assimilable nitrogen registered are medium to high and the potassium content is also significant.

Oenological characteristics
The wines show an alcohol content which varies from medium to particularly high according to the bio-type. In both cases, the alcohol level is accompanied by a good total acidity and a somewhat  low pH.

Sensorial profile of the wine
The wine is an intense yellow in color with greenish highlights, the aromas are intense with typical notes of citrus fruit such as grapefruit, along with herbs, spices, and white flowers. An additional note of passion fruit is also present, while the flavors are rich and structured and endowed with a good balance between alcohol and acidity and, often quite savory. The aromatic persistence is well sustained. 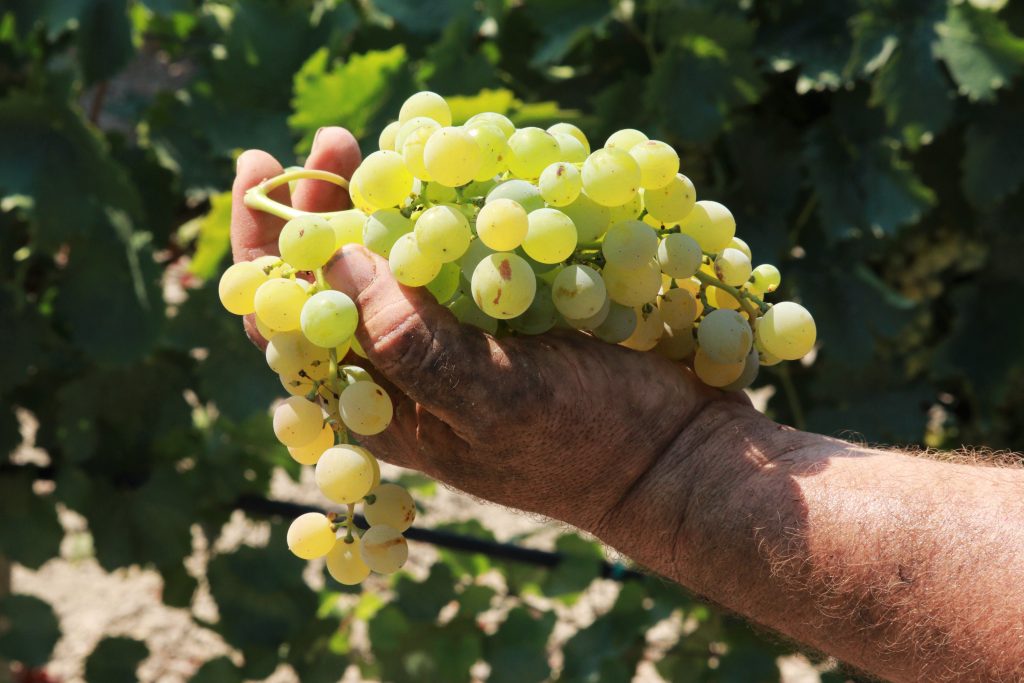