Olive Oil, the Sicilian appellation “IGP” is a concrete reality. The key figure is Maurizio Lunetta 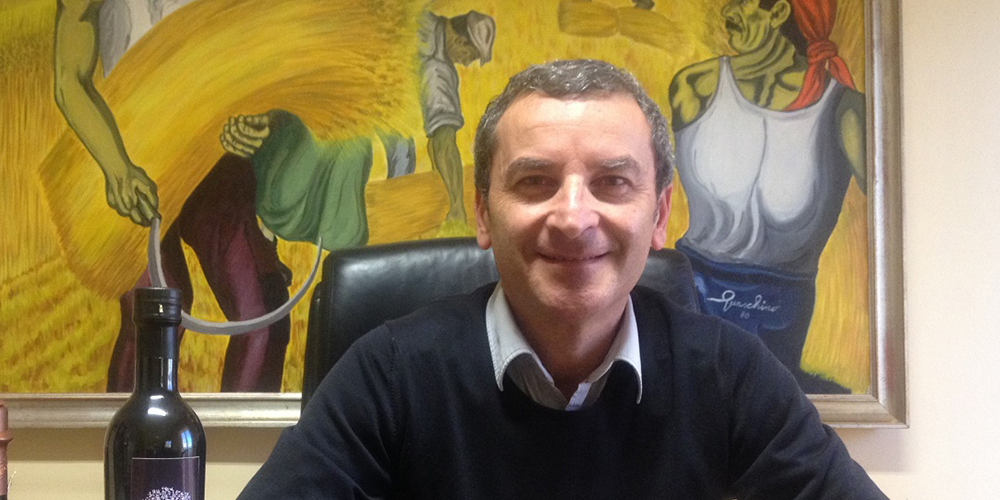 That the sicilian olive oil appellation “IGP” has been create is. a truly excellent notice. Today, in fact, the definitive registration was published in the official European Gazette and this appellation is the largest of its type in Europe.

Italian can boast of many different olive varieties, and of these only 27 are certified for cultivation in Sicily which, in fact, is the region with the greatest bio-diversity of all (but there are many others as well, but not certified). There are 43 different appellation-controlled olive oils produced in Europe and protected by the European Union; the overall production is some 300,000 tons of olives, 50 thousand of this tonnage in Italy. And there is in addition some further data: the quantity of olive oil produced in Italy is not even sufficient for overall national consumption. That notwithstanding, the principle problem is the price, considered too low by cultivators. This ranges on the market from € 3,20 to € 3,60 per kilogram and, given the high costs of production, which can easily reach €7 per kilogram (€4 just for labor costs), It is easy to see how much damage the strategy of constantly declining prices put into effect by the large multinational firms of the sector has created. A very large problem indeed, insofar as a certain profitability is essential to the survival of agriculture itself.

All the evidence demonstrates that Sicilian olive is excellent indeed. It is in its DNA, in its intrinsic character and personality, in the quality of its aromas and flavors. Less bitter than other olive oils of the Italian south, it is very suitable both for the preparation of dishes in the kitchen and for conserves under olive oil, an important product of the canning industry.

Our interview begins here, with the happy notice of the official recognition of the Sicilian olive oil appellation, the IGP. Recognition which became official with the publication of the request (see here in pdf: “domanda_igp”) fathered by Maurizio Lunetta, the director the Sicilian DOC (controlled aepplation) Wine Consortium whom we wished to interview.

Q: Dr. Lunetta, for olive oil as well you hear of a commodity price. Why?
A: Unfortunately I can confirm it. “Commodity” is a term which indicates goods for which there is a certain demand but which is offered on the market without any quality differentiation on the market. The product remains the same independently of who produces it. For Italian olive oil, unquestionably in the south, this is the situation. A shame.

Q: Last February, thanks to your patient work, the IGP Sicilia for extra-virgin olive oil came into effect, an appellation which you, in effect, “fathered”. It is a great success in addition because it is the largest in Italy in terms of overall surface, perhaps the largest in all of Europe. How did this idea come to you?
A: It is a success for all of the producers of olive oil. Sicilian olive oil is a product which has no equals and has a large potential for economic growth as well. Observing the cultivators struggle and then wind up with a price which is not even remunerative was the spark which convinced us to take this first step. My intention was to improve market conditions for the producers of olive oil. This was how our proposal was born. However, I ran into many obstacles.

Q: What obstacles?
A: One which was the very first to arise. The area of this new appellation, the IGP, consists of the entire island of Sicily, a vast territory. The European community, in the case of ample zones, has many doubts, considering them lacking in homogeneity and accordingly not valid in terms of the possibility of effective controls. During the process of approval, the offices of the Agricultural Commission of the EEC let me know on various occasions that they were against approval. But in the end things turned out well thanks as well to the constant and effective collaboration of the regional agricultural offices, the Irvo, and the university.

Q: what helped you?
A: the technical-scientific evidence we were able to muster, and the identification of the characteristics of the product, those of the aromas and flavors as well, were fundamental for obtaining the recognition we sought. I was given important support by the University of Palermo, from Professors Paolo Inglese and Tiziano Caruso, and, for the panels, Dr. Castagno and Dr. Cicero. They never abandoned me even when I posed problems which were difficult to resolve.

Q: were the also other difficult stages in the process?
A: the idea was immediately and widely shared and supported by Coldiretti (the direct cultivators association), Cia, and Confagricoltura (the Agricultural Confederation) in addition to Confcooperative (the Confederation of Cooperatives), Lega Coop (the Cooperative League), Agci, Federolio (the Olive Oil Federation) and the Associazioni Frantoiane (the Assocation of Olive Mills). Together with these groups and committees which promoted the proposal and which I represent, we worked together to achieve the recognition we sought. A tough task. The beginning was complicated with varying positions in terms of the contents of the proposal, but at the end common objectives prevailed.

Q: the Sicilian DOP appellation for olive oil already exist, is this IGP is just one more?
A: there are six DOP appellations for olive oil – Val di Mazara, Monti Iblei, Monte Etna, Valdemone, Valle del Belice, Valli Trapanesi. The IGP, instead, identifies the characteristics of Sicilian olive oil and indentifies it in an overall and general sense. It gives it a face, that of Sicily, which gradually will become a “brand”, will prevent its devaluation, and represent a decisive break with its existence as a commodity. The quality standards which have been imposed for this new IGP are higher than the Italian average, even higher than certain Sicilian DOP appellations. I am convinced that this IGP can give an important impulse to the various DOP zones, which represent the excellence of certified Sicilian olive oil.

Q: starting when will it be possible to certify the IGP oil? Who will do the certification? The costs?
A: certification will start with the 2016 harvest, which will begin shortly. The certification agency will be the IRVO.

Q: are there already requests? What is the next step?
A: over 1000 request for the new certification “Olio Extravergine di Oliva IGP Sicilia” (Extra-virgin Sicilian olive oil DOP) have arrived. The next step will be the creation of a Consortium which will gather together the resources of the new IGP, resources for the promotion, the safeguarding, and the protection of the integrity of the olive oil. A necessary and important step. The foundation of the Consortium will be the initial move to guarantee a different future for Sicilian olive oil.

Aeolian Report: Le Mannere, the workshop of taste on the island of Vulcano

The Riesling of the Mid-Rhine, five samplings plus one