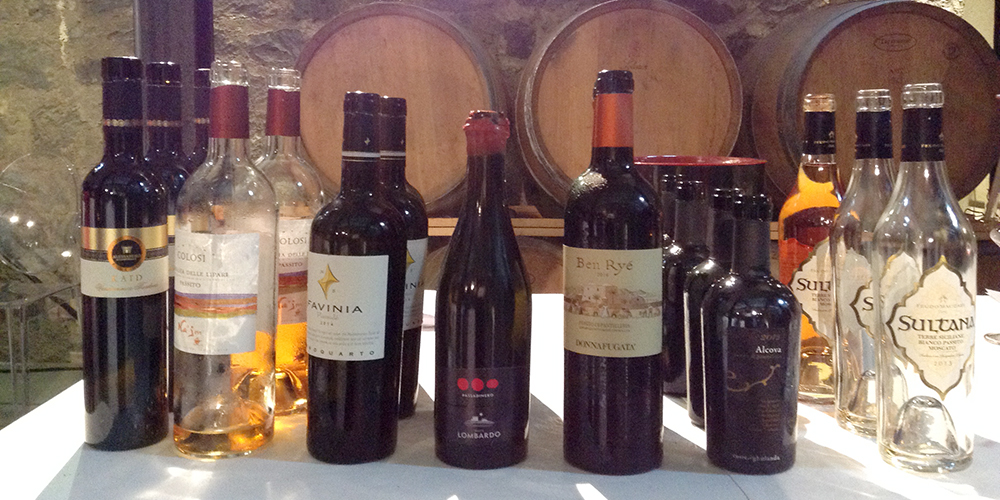 The honor of concluding the cycle of tastings organized for the press during Sicilia en Primeur falls upon Anne McHale, London-based Master of Wine based. Perhaps the most prestigious occasion of all during the 14th edition of the wine event, among the most important in all of Italy in terms of the names of this producers involved and for the accredited wine journalists. A masterclass to discover the infinite aspects  of a region which, for its climatic variety and the complex mosaic of its various  of production zones has been defined as a “continent”.

The origins of Sicilian viticulture go all the way back to the fifth century B.C. with the arrival of the Greeks. One of the principal characteristics of the viticulture of the island has always been the sweetness of its fruit. Anne McHale introduces a master class entirely dedicated to Sicilian sweet, or dessert, wines with this premise in mind. Before proceeding to the seven wines to be tasted,s she offers a certain number of thoughts on this specific category of wines available in the English market, the country of origin of this Master of Wine. First of all, the is a lack of a specific culture of sweet wines. If it is true, in fact, that in a restaurant consumers order a few different glasses or an entire bottle of wine, this is not true of dessert wines, relegated to mere special occasions.  Restaurateurs order only small quantities for their cellars in the overall strategy of the turnover of the bottles in the restaurant, and sweet wines are among the first victims of this commercial strategy. The consumer himself is more likely to change the wine on the basis of the various plates he has ordered up until the time that the dessert arrives when, instead, he tends to renounce either for economic reasons (to contain the cost of the lunch or dinner) or for reasons of health (too much alcohol). Given this scenario, the most successful dessert wines in terms of sales are those from Sauternes, Barsac, Loupiac and Cadillac.

It is interesting to note that the largest part of sales of this category of wines takes place in high class restaurants where the presence of a sommelier favors and pushes sales. Important information which should encourage reflection in the restaurant sector on the important of calculated investments in the formation of the dining room personnel. This, in fact, would favor the diffusion of a greater culture of wine and greater profits (and, we can add, a happy consumer thanks to the fact of being well guided in his decisions).

The wines which were tasted:

Kaid Syrah Vendemmia tardiva 2016 – Alessandro di Camporeale
A wine which surprised and startled the public which tasted it for its fresh and savory acidity. A valid alternative to Port, decisively more delicate. An excellent performance for this Syrah cultivated by the young and dynamic firm of Alessandro di Camporeale in the province of Palermo.

Doc Malvasia delle Lipari Passito 2013 – Cantine Colosi
Peaches, apricots, figs, minerals, and floral notes. An explosion of Mediterranean character in this wine, a perfectly balanced one which conserves an excellent level of acidity. Not excessively heavy and not excessively sweet, either, a perfect interpretation of the oenological production of that natural paradise which are the Aeolian islands in the province of Messina.

Favinia Passulè 2014 – Firriato
With this wine, the Firriato firm has succeeded in capturing, splendidly, the perfume of the Zibibbo grapes cultivated on the 12 acres (five hectares) of vineyards of their Favignana estate. The sole viticultural production in the entire Egadi island chain of the province of Trapani. The salty note (the vines are just a few meters from the sea) are nonetheless present despite the rich sweetness of the wine.

Passa di Nero 2012 – Tenute Lombardo
A piquant and mineral note characterizes this wine, produced from Nero d’Avola grapes grown in the heart of Sicily by the Tenute Lombardo estate in Caltanissetta. The great variety of Sicilian oenology, the grape shows its versatile nature in this dessert wine characterized by a savory acidity.

Doc Passito di Pantelleria, Ben Ryé 2015 – Donnafugata
It is truly difficult to explain in words the uniqueness of this exemplary Passito di Pantelleria. One of Italy’s iconic wines, we owe the Donnafuga winery the compliments it deserves for its work in making this island known to the world, described for its beauty as “the pearl of the Mediterranean” and known for the heroic viticulture, which has won UNESCO recognition.

Doc Passito di Pantelleria, Alcova 2012 – Coste Ghirlanda
We remain on the Island of Pantelleria in the province of Trapani with a young cellar which, in a few years’ time, has impressed us with its wines. Alcova surprises us with its ability to capture in the glass the freshness of the Zibibbo grape, and the pleasurable acidity of this wine is particularly welcome. Persistent on the finish, it has a long closure which evokes in our minds the breathtaking beauty of the terraced landscapes of the island.

Doc Moscato di Noto Passito, Sultana 2013 – Feudo Maccari
Our oenological and sensorial voyage across Sicily though its sweet wines terminates at Noto in the province of Siracusa on the southeastern coast of the island, at the cellars of Tuscan entrepreneur Antonio Moretti Cuseri. Raisins, honey, figs, honey, quinces, and dried apricots are the perceptible notes of Sultana. A wine we shall remember for its significant length on the palate, its moderate acidity, and a sweetness which will surely be appreciated by lovers of sherry. 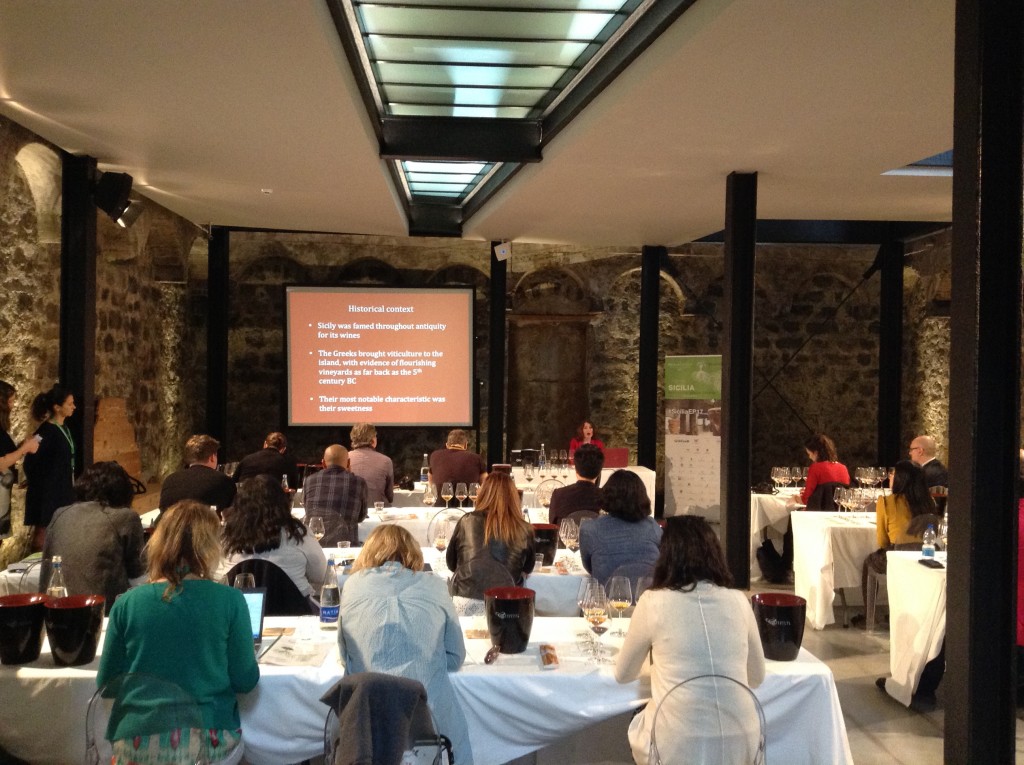 Etna, travel suggestions for a tour of the slopes of the volcano