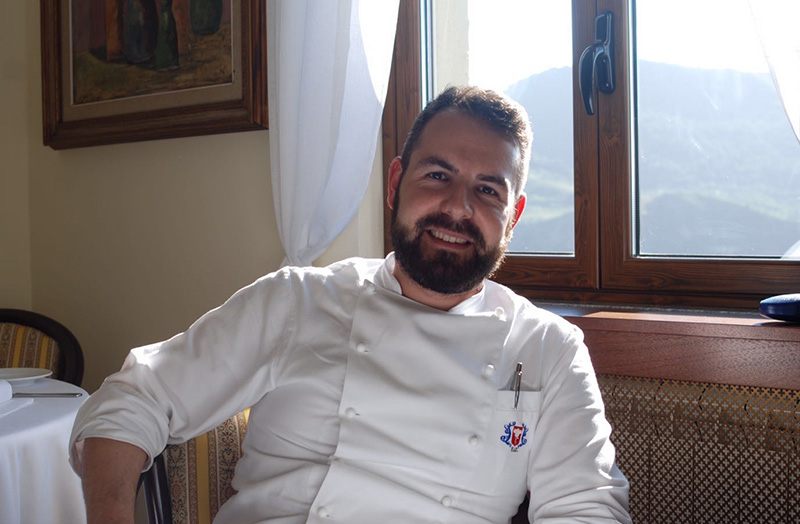 To be able to recount to you this absolute gem of a restaurant we risked destroying our automobile. To tell the truth, we have the suspicion that, as a result, something will in any case break over the next few days. In a few words, never trust a GPS system in Sicily nor the road maps of the Island which are available. Asking regularly for information is an act of necessary prudence. Moving along the road towards Sclafani Bagni, a happy ancient town in the Madonia mountains (which dates from the 4th century B.C.), we drove over boulders, cut through grain fields, on mule paths indicated as provincial roads, roamed over unknown paths dug out by water courses and unconnected to one another, wandered under forests of wind-turbine poles, skirted chasms like those described by Jules Verne.

And yet, it was worth the trip, and how! The difficulties cited above did not make us desist, not even after the amazement of sighting a now abandoned thermal spa with warm waters rich in sulfur, salts, bromide, and iodine (there are places in the world where, to offer what Nature offers for free, an entire Gross National Product is modified).

Putting aside our stupor, and throwing it against those whose indolence has turned this spot into no man’s land, we now shall recount the twenty cover (eight outside) Terrazza Costantino gourmet restaurant, run by Giuseppe Costantino.

High praise is due for the courageous and costly decision to stay away from the principal circuits for high quality restaurants and offer high level dishes in a angle lost among the mountains.

We shall begin with a detail of no small importance, that of the ample wine list, well thought through, with wines from all over the world offered at highly reasonable prices. There are fifteen Champagnes with prices which begin at 35 euro, then France and Germany. And then Italy’s finest bottles as well. There is a very important vertical offering of the Tasca d’Almerita’s (here at home, as the winery is just a hop, step, and jump away) Rosso del Conte along with the best selections – among these Shiarà – of the Catarratto of the equally nearby Castelluccio Miani house. But the surprise is a relative one, given that Giuseppe chooses and acquires the wines directly from the producers, assisted by a previous working experience with the noted “Vino & Design” distributor.

But let us return to the restaurant. Two the tasting menus: “Entroterra” is based on meat and offers four course at 30 euro; “Mediterraneo” proposes fish, five different dishes, at the price of 40 euro. There is, in addition, the option to add as well a series a wines by the glass with four different offerings to taste, two Italian and two international, all at the price of 20-25 euro.

After two tasty appetizers, we tasted the gallina nostrana, tuma e piselli (a hen fish with cheese and fresh peas); then, tempting, the spaghettoni al pomodoro siccagno e ricotta salata bio(thick spaghetti with special Siccagno tomatoes and organic salted cottage cheese), a dish followed by another first course, the ravioloni di agnello, zafferano ennese e carciofi croccanti (large ravioli stuffed with lamb, local saffron, and crunchy artichokes), a plate which, on its own, makes the trip worthwhile, the dish and its chromatic impact would impress at the Orsay Museum in Paris; then the Maialino nero siciliano, ortaggi e tartufo (Sicilian black pig, vegetable, and truffles). To finish, the timballo di pistacchio di Raffadali, cioccolato bianco e gelsi (a timbale of the pistachio of Raffadali, white chocolate, and mulberries ), petit fours and strawberies.

A word for the mother, who assists patiently in the kitchen, and another for the courteous and professional service.

The surprise within the surprise: Giuseppe has two apartments in the center of Sclafani Bagni and offers what he calls the Romantic Flight, a stay over and dinner for two at the price of 100 euro, more reasonable than that ….! 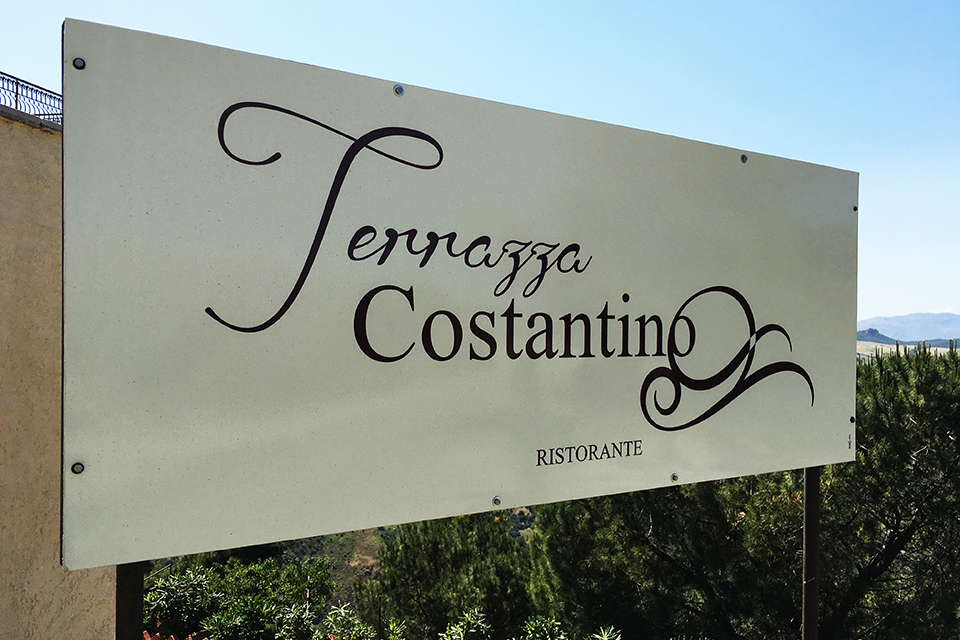 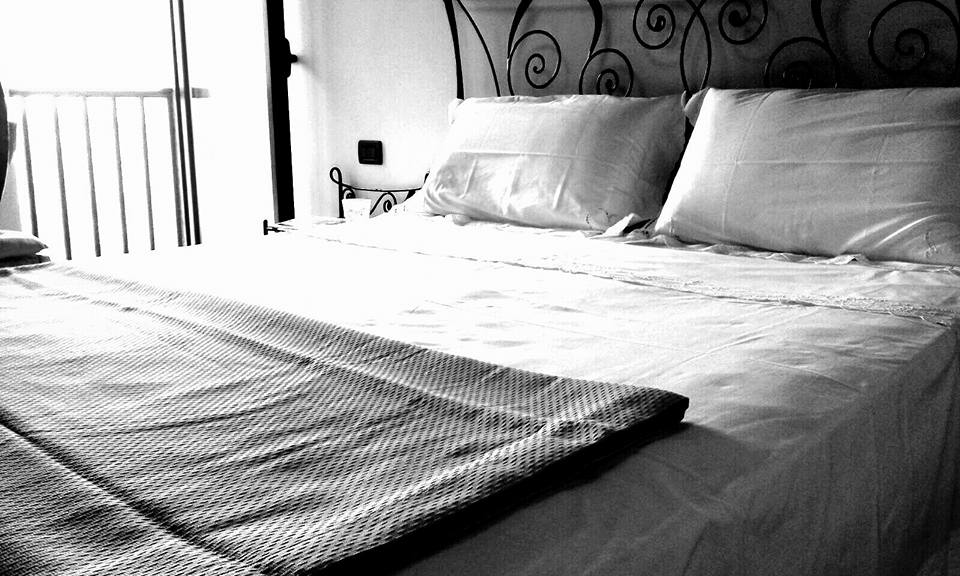 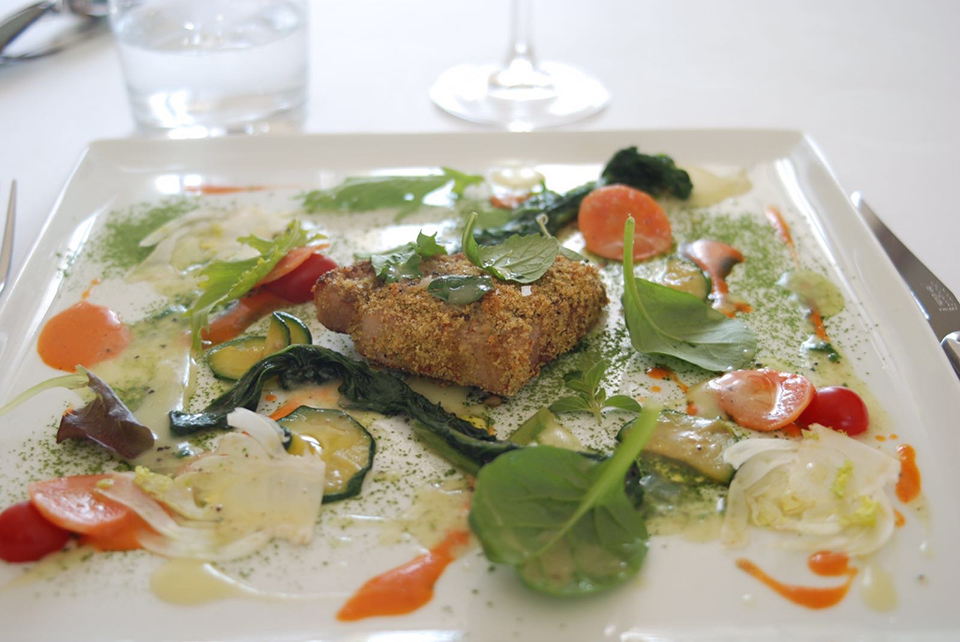 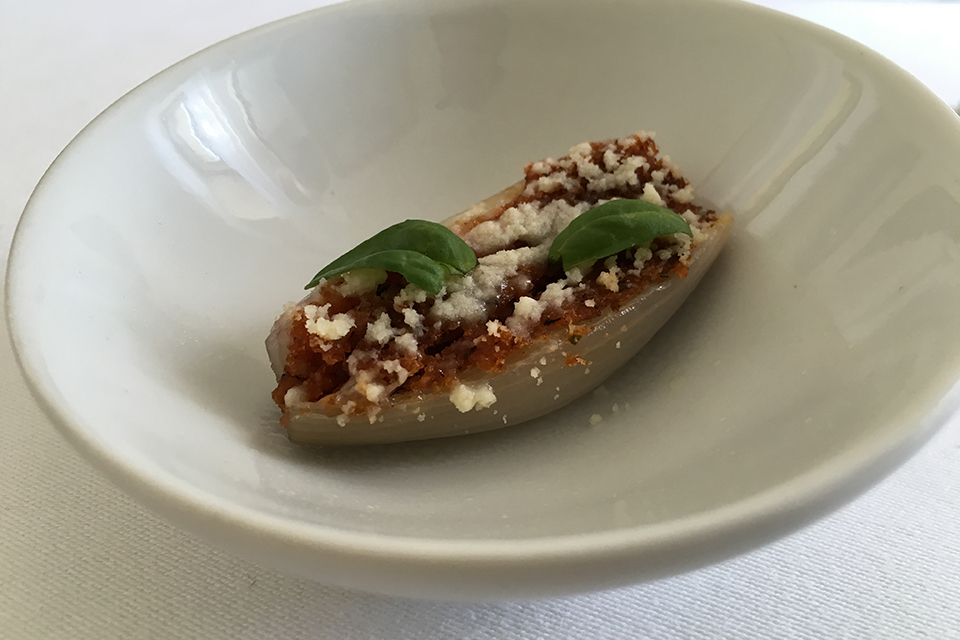 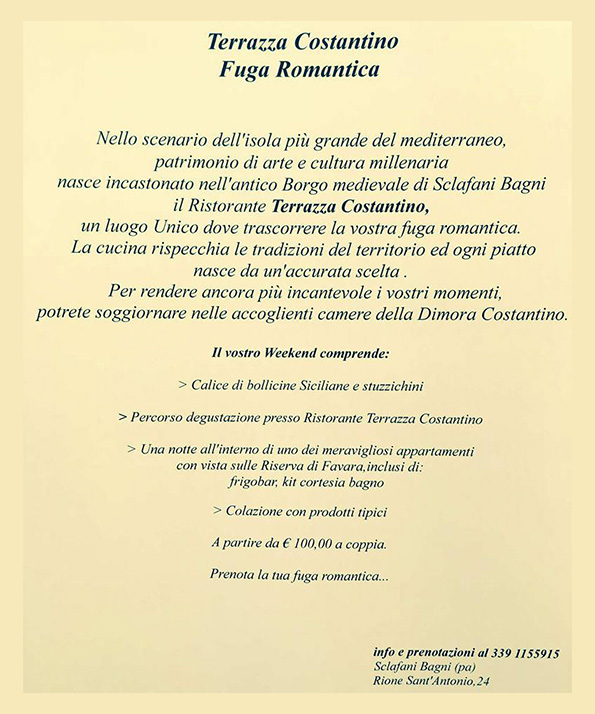 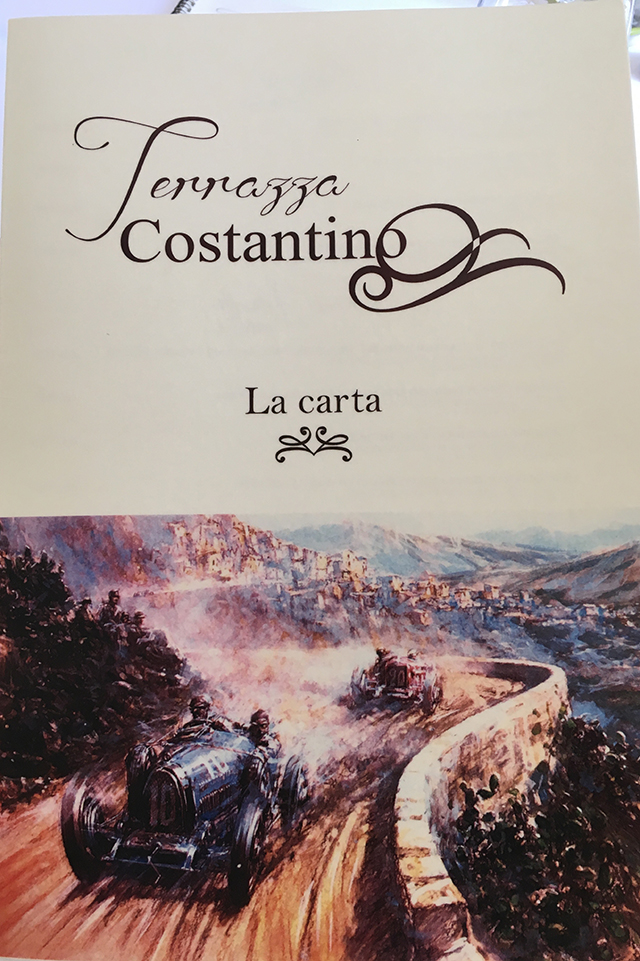 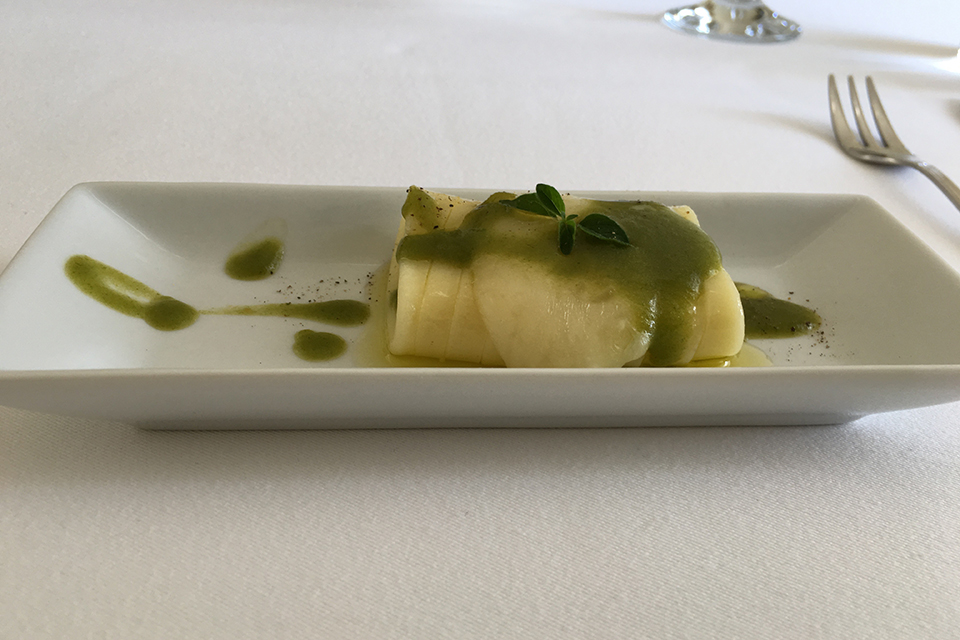 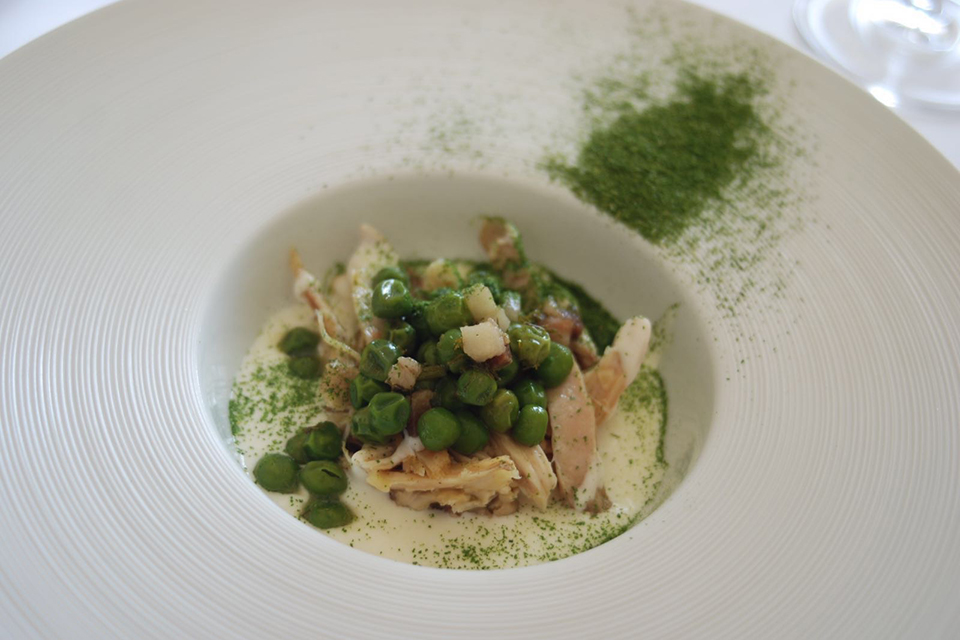 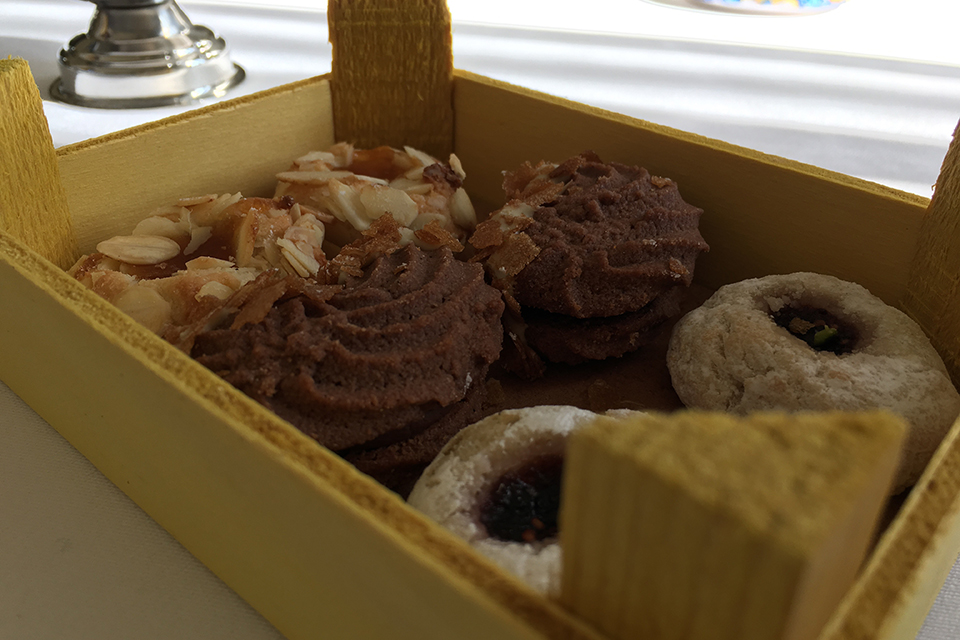 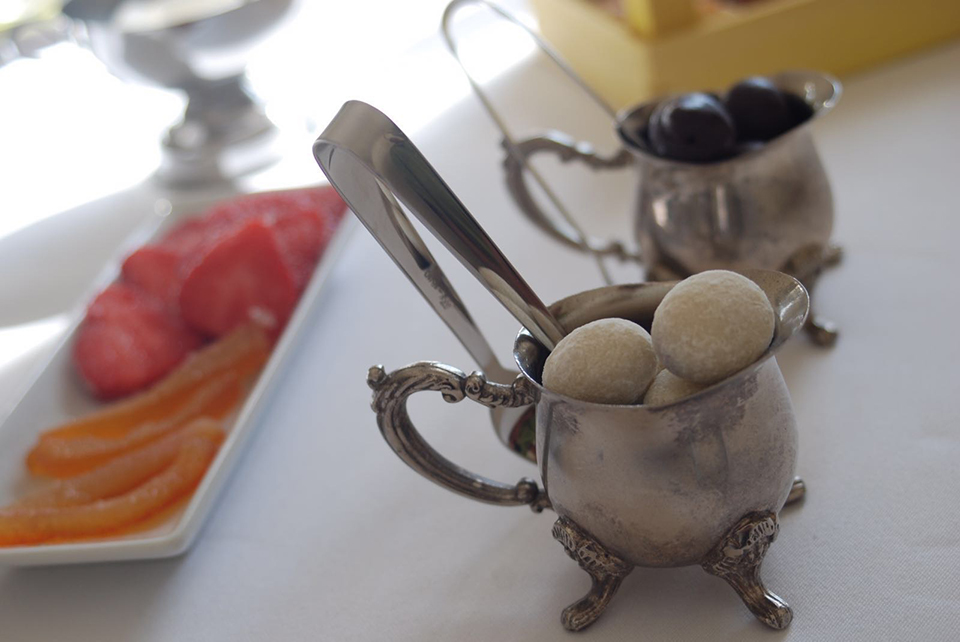 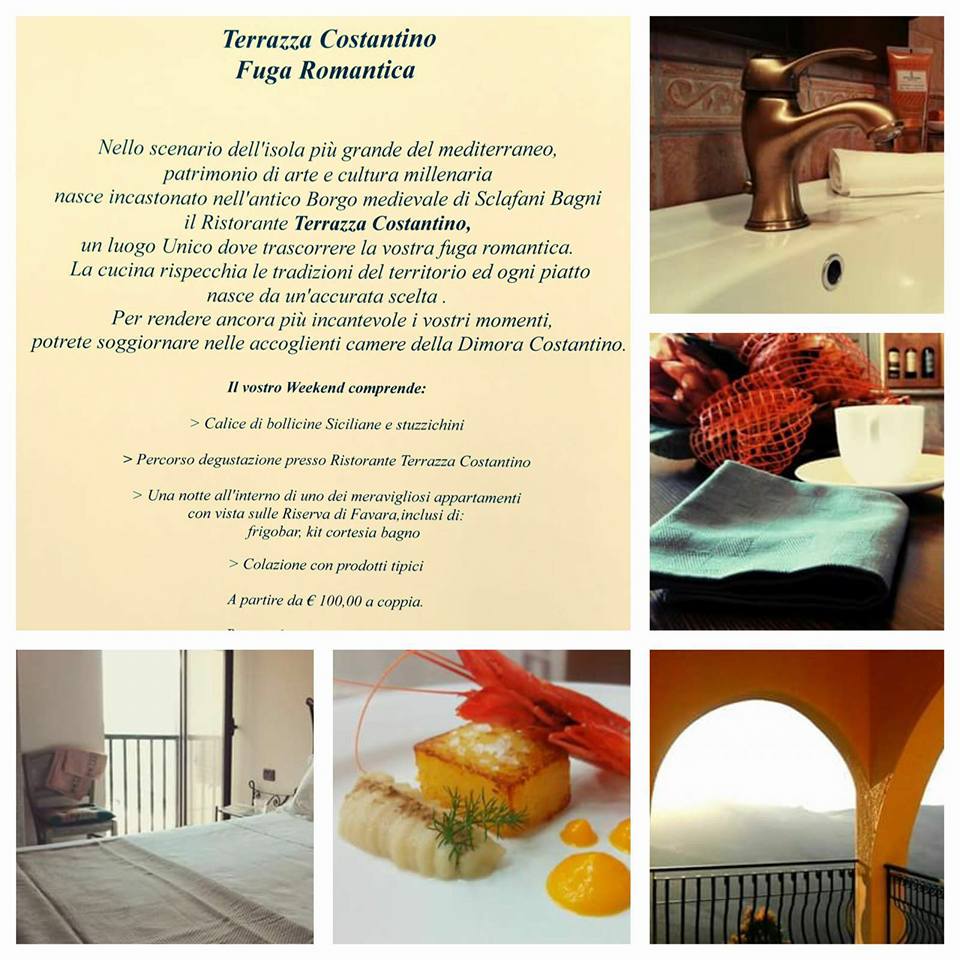 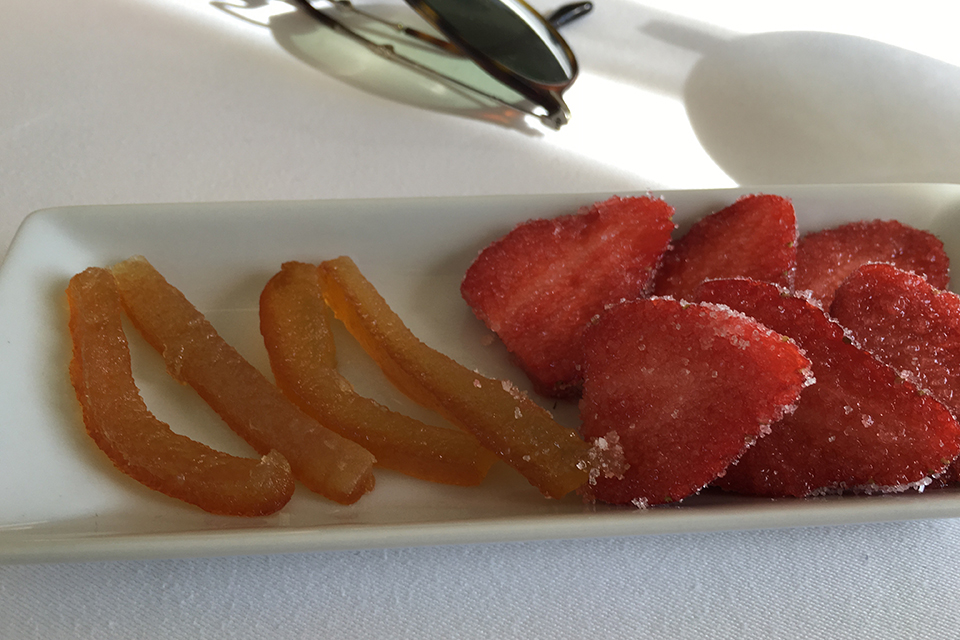 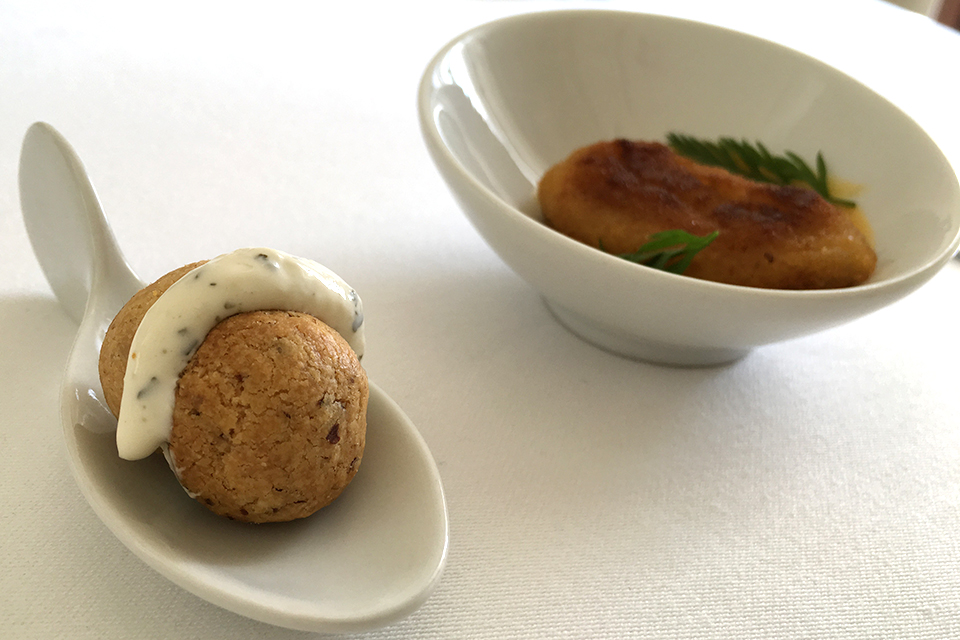 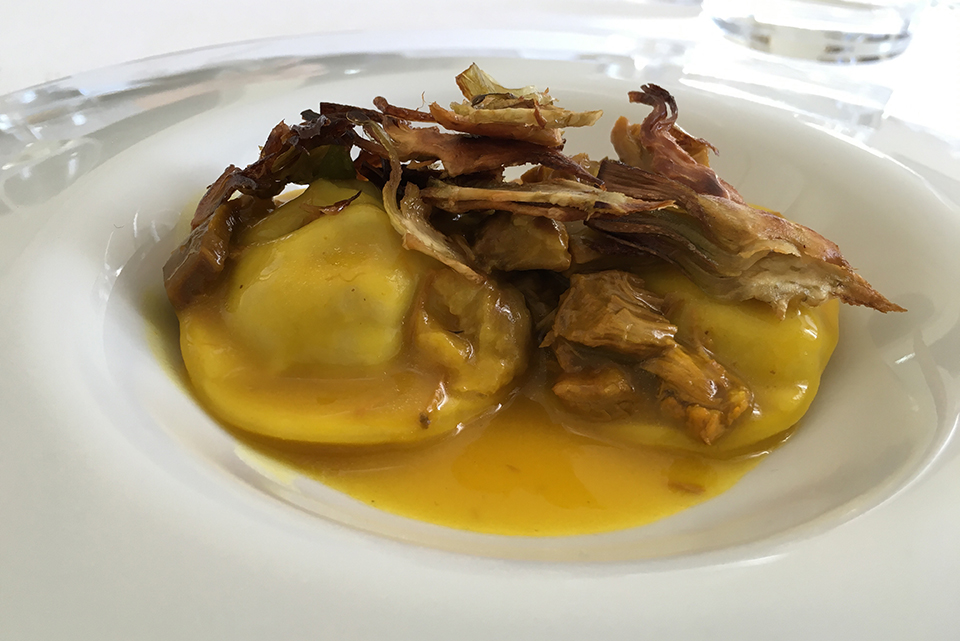 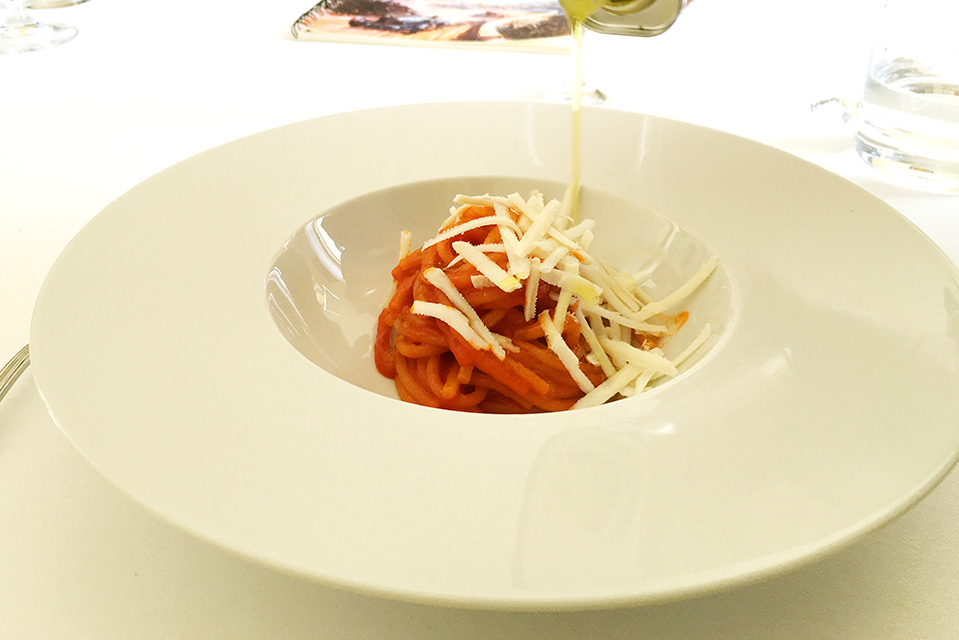 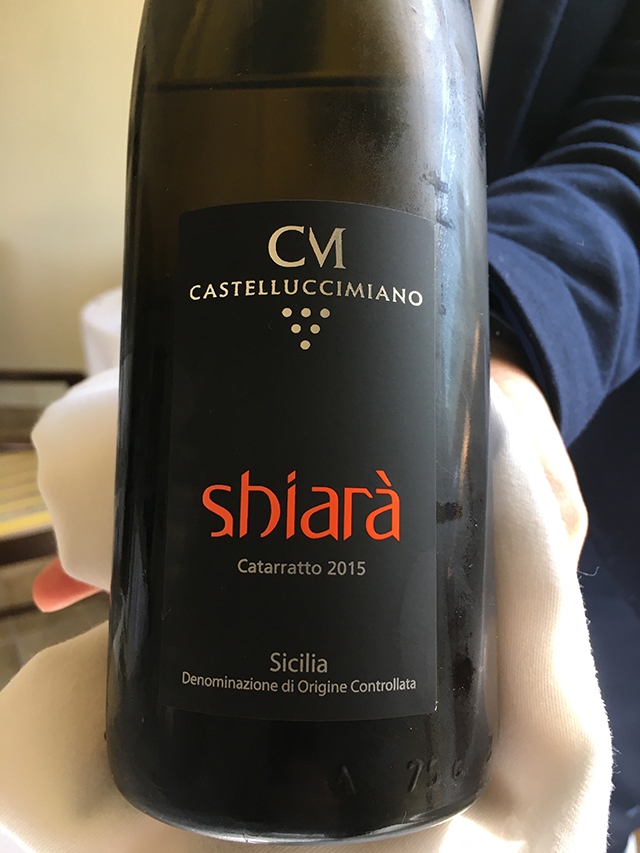 Le Gole Ristò, trattoria. In Calatafimi to banquet with History