Vintage 2017 according to Giacomo Ansaldi 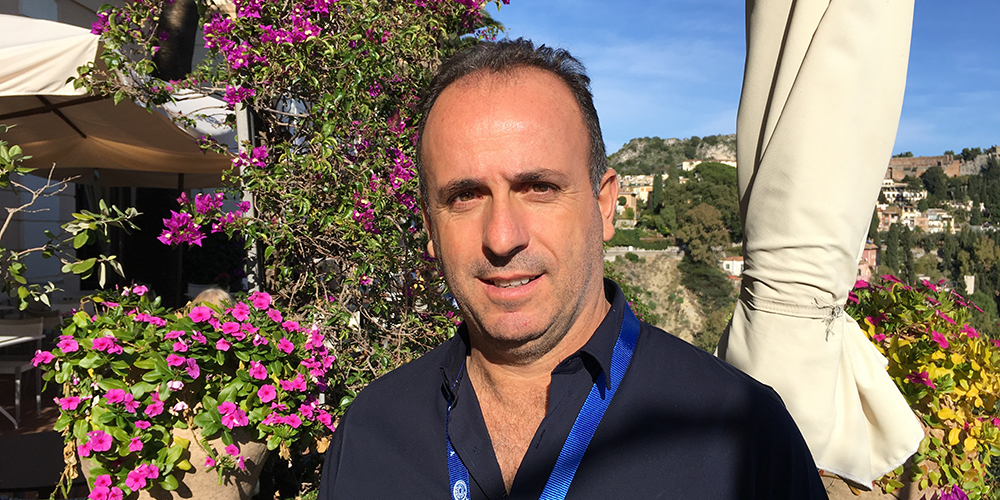 The 2017 vintage in Sicily. For around two months it is the sole subject of conversation. And yet, given that it only terminated in these last few days and, with a calendar in hand, it lasted three full months, it is rather natural to think that it depends on many factors, first and foremost the zones (and in Sicily these could not be more varied), but also the vineyards, by the way they were cultivated, and by the different grape varieties. We asked a number of different agronomists and oenologists an opinion on the overall picture. We shall begin with Giacomo Ansaldi, producer, agronomist, a researcher who works with various institutes. We met him at the national congress of Italy’s association of sommeliers, AIS, which take place in Taormina between October 27th and 29th an interviewed him as follows:

Q. the 2017 vintage, we have heard all sorts of things …. What do you think?
A. it is not a strange vintage. I would say, instead, that it is one with its own character. Nor is it unusual, or at least not when one places it in the context of a decade. Ever since 1987 I can recall torrid vintage which resemble this one.

Q. ket’s focus on the details
A. As I was saying, for Sicily it is a year with its own character, but not a catastrophic one as some would like to depict it. Just to start, I would make a distinction between international and indigenous grapes: the autochthonous varieties defended themselves from the heat very well. They close up during the days of intense heat and then opened back up after the heat wave ended. It was entirely different for the international varieties which suffered much more from heat stress.

Q. the picture, for you, therefore, is quite clear
A. No, quite to the contrary, it is not my habit to judge vintages immediately. I wait in order to give an opinion worth trusting. There are varieties, there are areas and there are wines which will surprise. The interesting things about this vintage is that shows clearly certain critical situations and various positive practices of the past.

Q. For example?
A. first and foremost, the 2017 vintage forces us to reflect on the sites where viticulture can be practiced. This growing season, with its heat wave and lack of water, threw into light the question of the balance of the plants themselves. It is not possible to cultivate with an entire series of varieties, and not everywhere either. It is necessary to put together intelligence, knowledge, and intuition. To make fine wine, it is necessary to find the right combination of variety, soil, and climate. We need to respect our island.

Q. was there a drop in production?
A. Yes, there was a drop, no doubt about it, but it was not created exclusively by the thermal effects of the temperatures. I noted a physiological drop which was evident independently of the heat, approximately 15-20% compared to the previous three vintages. I believe that the plant is regulated by various factors, it has the extraordinary ability to adapt itself to growing season in course and adjust its productive capabilities to the reserves which it has created. On the basis of what it has given, it regulates what it can give. It is not entirely a climatological question; it is also a physiological one. I noted already on that the buds were fewer in number and were smaller. Those who went into the vineyard must have noticed this. I and my colleagues had already verified a drop in production. To be sure, if we add the heat stress to this situation, the drop is even more evident. But, attention, we are talking about a combination of factors.

Q. therefore, heat stress and physiological conditions, working together, created this loss of production. And the quality level?
A. Here as well, as far as the drought conditions are concerned, I have something to say. Many comment shave been made about this aspect of the growing season. We know that this was a situation which involved all of Italy. I just heard Riccardo Cotarella, the president of the association of Italian oenologists who dramatized the entire situation and saved only the area of Mount Etna; he unquestionably has a clear vision of the overall picture. But as far as I have been able to ascertain, the south of Italy, which might be considered to be more exposed to these problems, instead is showing excellent quality. In terms of my own house, I have no desire to speak so soon, I would like to reserve a bit of time yet, but I don’t see anything dramatic. And, in my opinion, the wines of some producers will, in any case, be of excellent level. Quality does indeed exist!

Q. is this the year of the oenologist or the agronomist?
A. This is the year of know how. Those who know the rules of the game be they cultivators, grower-producers, winemakers or agronomists, those who know how to cultivate their vineyards and how to produce wine. Those who know, who figured things out and understood that this was the year to dedicate more time to the vineyard. This is a vintage which indicates where the good vineyards are located. In the places where, historically, the vine has always been present good work was done., despite all of the stress we have talked about.

Q. what were the best zones in Sicily.
A. Generalizing is impossible, it all depended on the conditions of the soil and micro-climate of the individual vineyard. In any case, I can say that those on the sea or close to the coast benefitted from more benevolent or mitigated climatic conditions. In the center of the island, in the interior, therefore, I noted zones which suffered from temperature stress. But the problem was not so much the heat itself as the length of time it lasted.

Q. Reds or whites?
A. Both are in good shape. I shall repeat it once more, lower production and good quality. Certain white wines are exceptional; the Grillo grape, for example, gave excellent results, the grapes were ripe and with good acidity.