Lombardo Wines and the White Soils of Caltanissetta 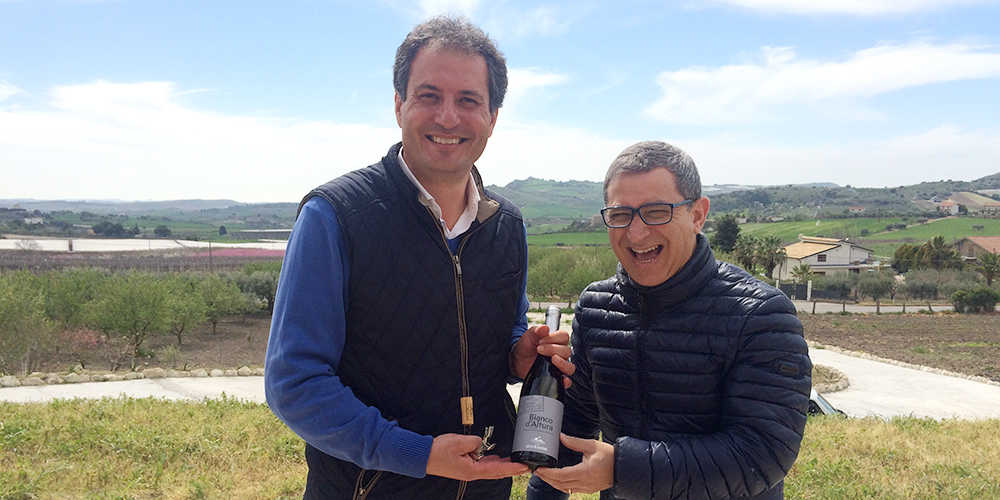 It’s Sunday, and just as every Sunday true wine lovers adventure out in the search for new cellars to visit, new wines to discover. We leave Palermo significantly behind schedule due to the beginning of daylight savings time and head towards the very heart of Sicily.

At San Cataldo, a small town between the provinces of Agrigento and Caltanissetta, we await Gianfranco Lombardo who, with his brother, has created a wine-producing estate capable,  in a few years’ time, of making itself known and well thought of with a wine, Nero d’Avola, which has, in this part of Sicily, found its Promised Land.

And, in fact, ειμί, (Eimì), which means “I am” (in the sense of “I exist”) in ancient Greek (to let those who believe that classical studies do not matter know!), is the icon wine of the Lombardo winery: sincere, direct, a wine with real impact which consulting winemaker Tonino Guzzanti considers one of his best efforts. Fermented at controlled temperatures in stainless steel tanks, it is released after twelve months in 60 gallon oak barrels used once previously.

It is unquestionably the calcareous soil, along with the local micro-climate,, the altitude, between 1800 and 2100 feet (50-650 meters) above sea level, and the overhead training system of the grapes which give the wine its character and personality. Much is also due to the excellent work of Gianfranco Lombardo, a well trained, expert agronomist. And much care and attention in the 100 acres (40 hectares) of vineyards, which yield 60,00 bottles per year, a figure which will double in three years time.

But here at the Lombardo winery Nero d’Avola is not the only wine to be drunk. The “Bianco d’Altura”, a Catarratto, is very interesting indeed. A lovely nose of citrus fruit and elder flowers given by the altitude. A clean palate, not extremely long but pleasurable, which finishes with the lightly bitter note which characterizes many Catarratto wines,

The innovative note this year is undoubtedly the sparkling wine, “Sua Altezza 650”. This is the name which has been chosen for the 5000 bottles produced with the Charmat method here at San Cataldo.  A Catarratto sparkler which we believe will be well received by consumers: fizzy and full both on the nose and the palate, it is nonetheless pleasant and easy-drinking, careful not to exaggerate, the alcohol level is only 12°.

The line is completed by the “regular” Nero d’Avola, not an attractive term for this fine offering in which strawberries, raspberries, and red currants characterize the nose and palate.

And, in addition, the Rosé “Fiore di Nero”, fresh and crisp. Well made wines, simple, and easy to understand. Wine in which the hand of winemaker Tonino Guzzo, capable to probing the tastes of consumers and satisfying them, is well evident.

Equally evident are the passion and enthusiasm of the Lombardo family for a project which aims not only to make fine wine but also to offer hospitality. In 2012, in fact, Gianfranco Lombardo purchased a splendid 18th century dwelling perched on a hilltop which dominates with a full panorama the surrounding countryside from which, on a clear day, the sea beyond Licata can be seen. Within the confines of the property there is even an ancient necropolis dating back to 1300 B.C.  dug into what are locally known as “grotticelle”, small grottoes. A fascinating place, restored with taste, which gives new luster to the image of this small spot of the Sicilian hinterland, one which will contribute to giving a new impulse to such little known places, well off standard tourist routes. The merit of firms like this and of their owners is, in fact, that of creating a virtuous circle which can stimulate an economic growth and rebirth which will begin from the soil and has, in wine and excellent products, its most important allies. 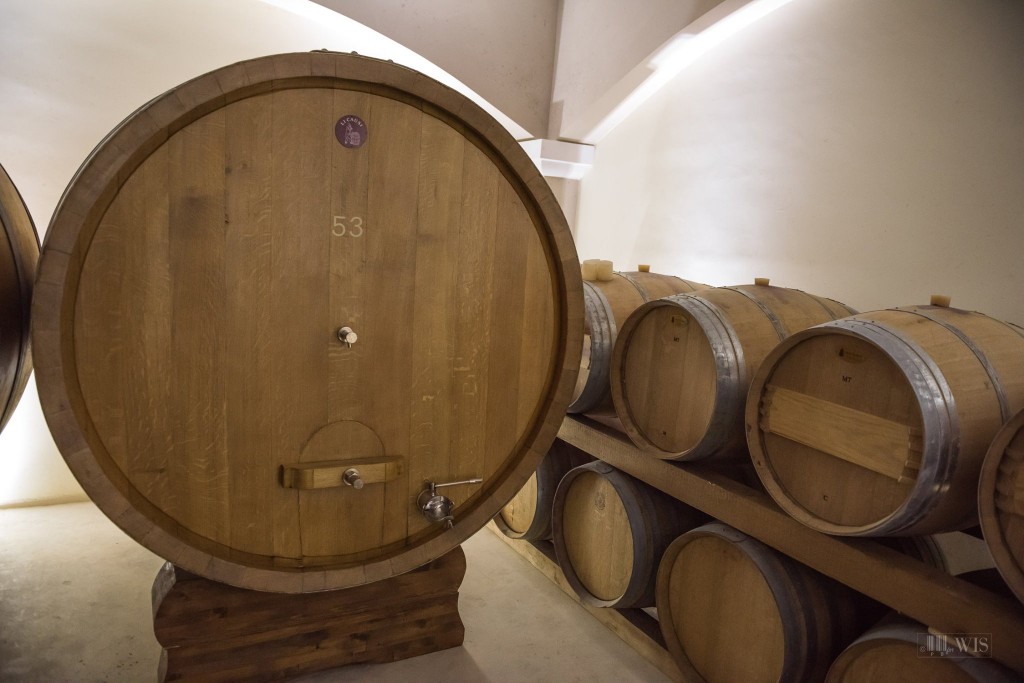 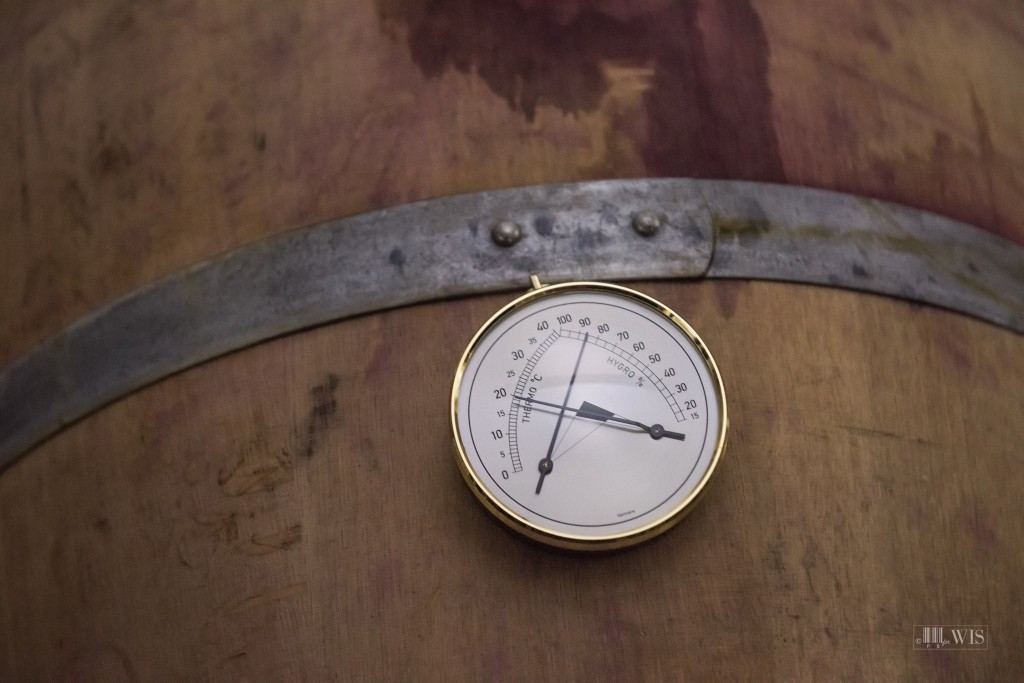 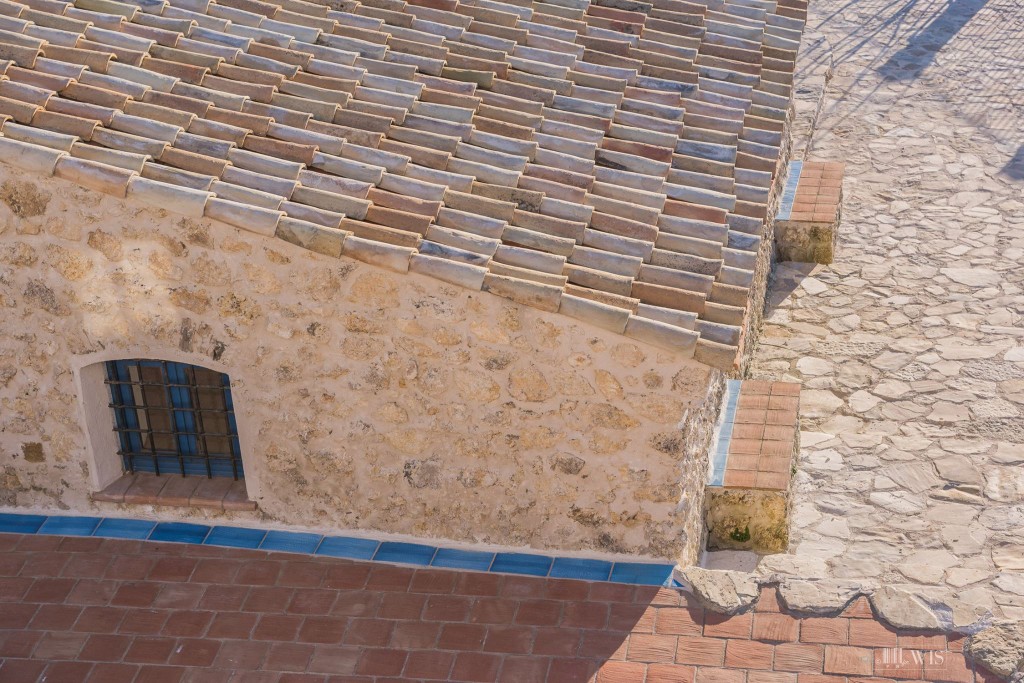 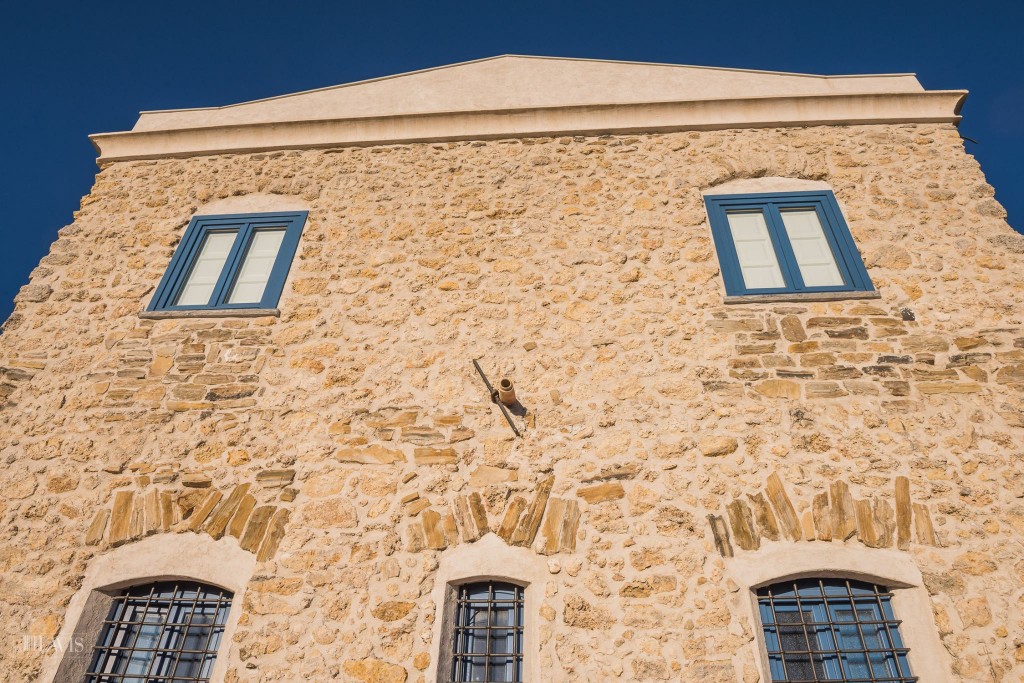 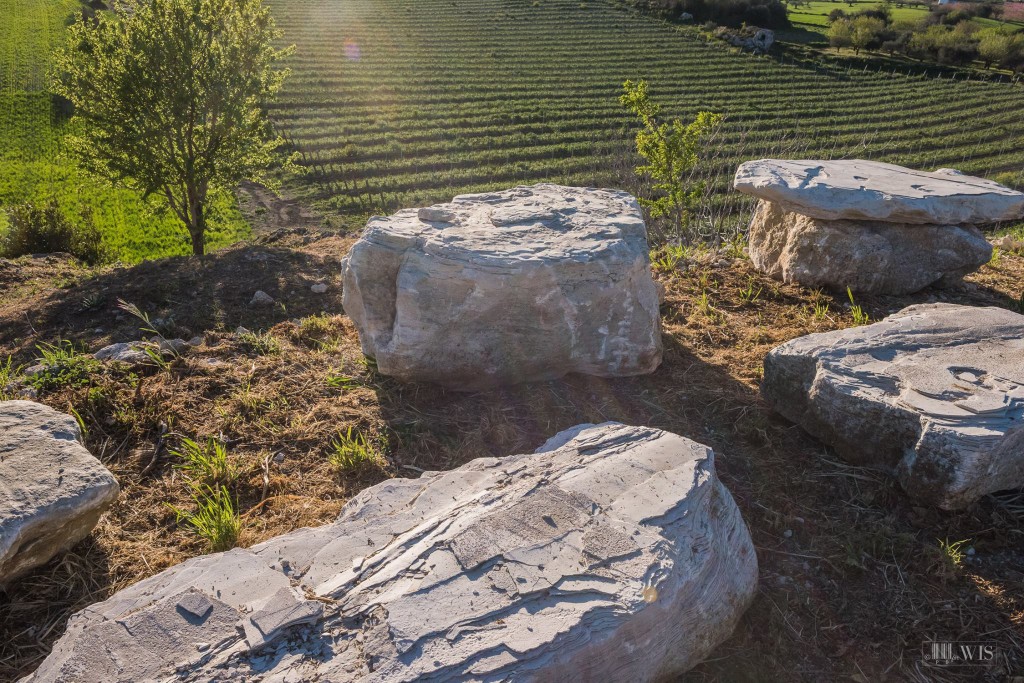 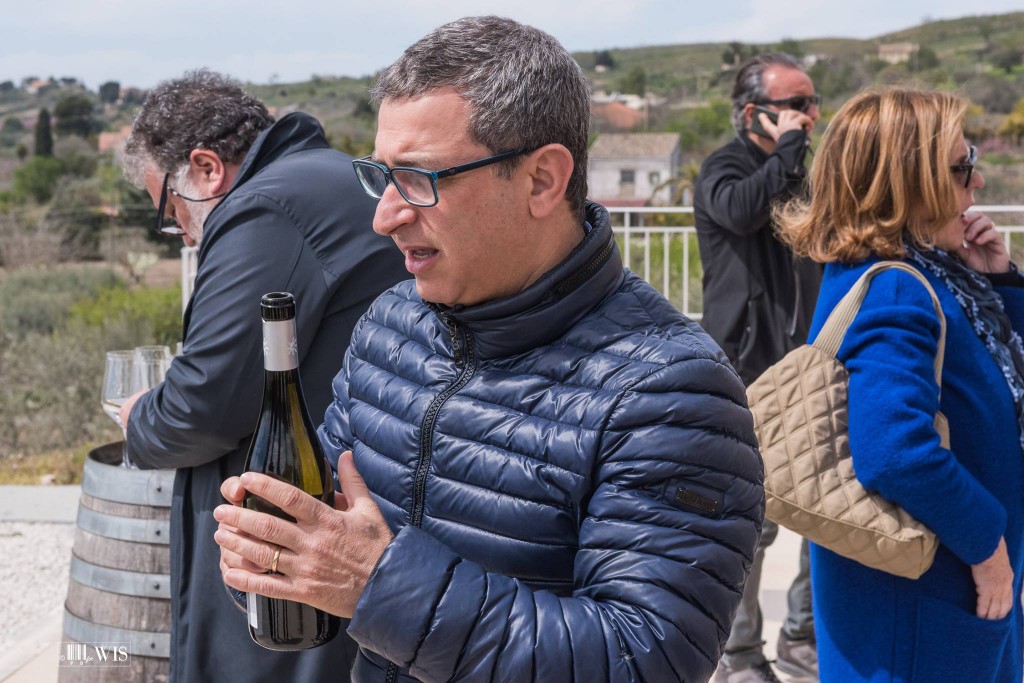 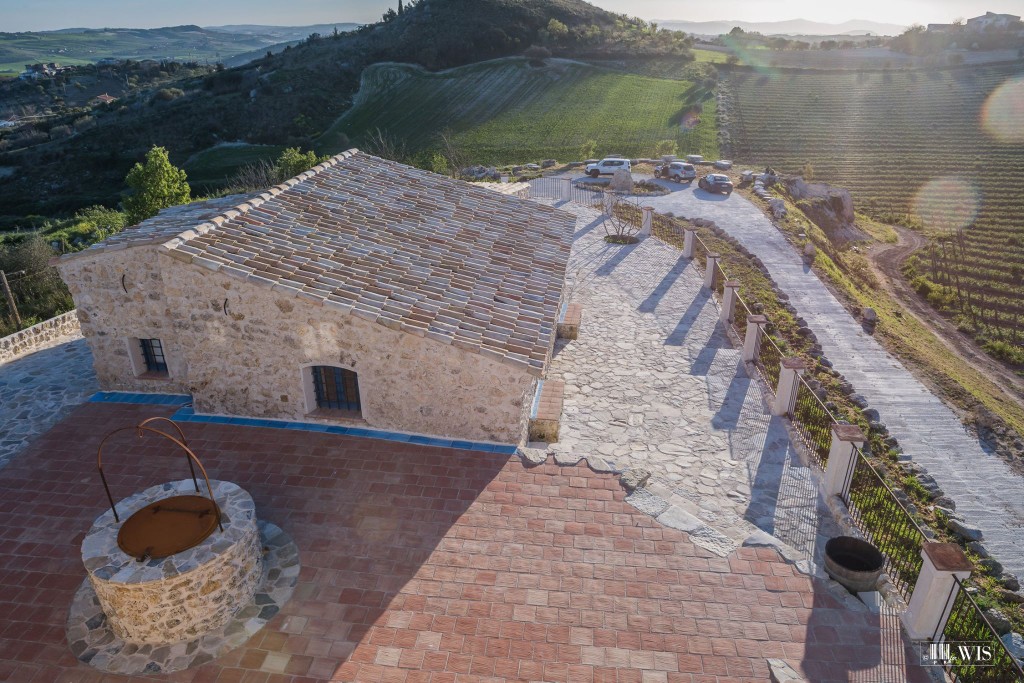 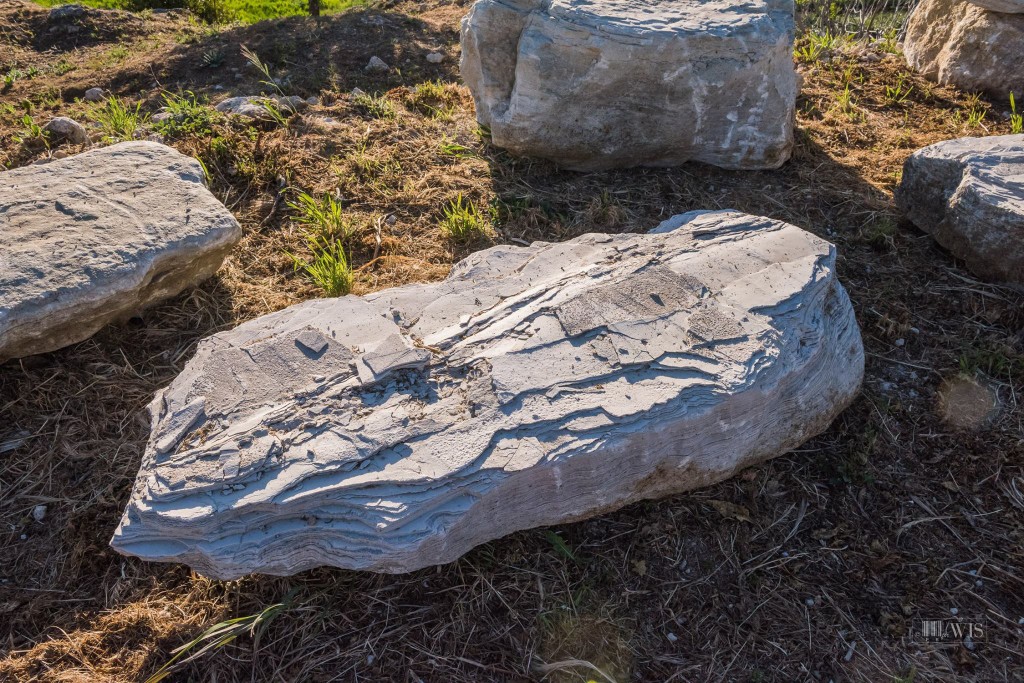 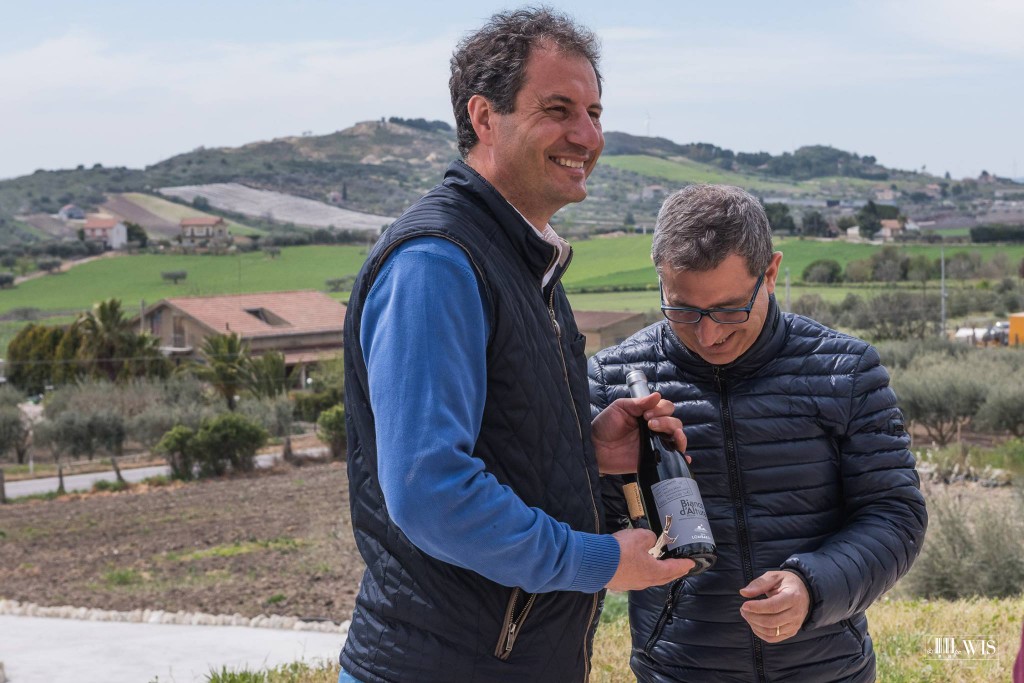 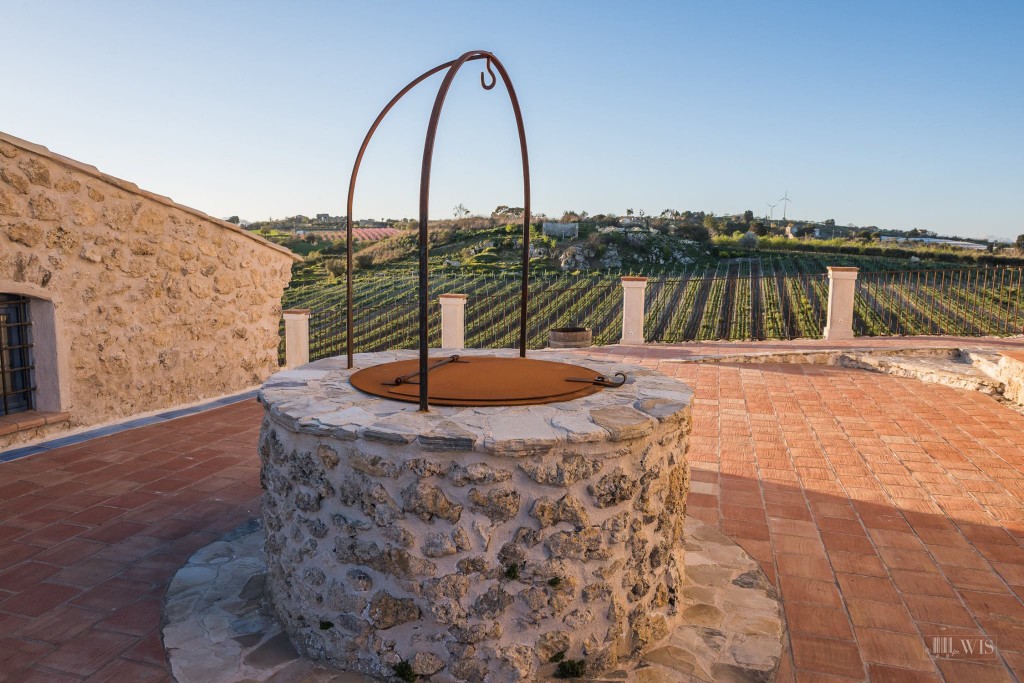 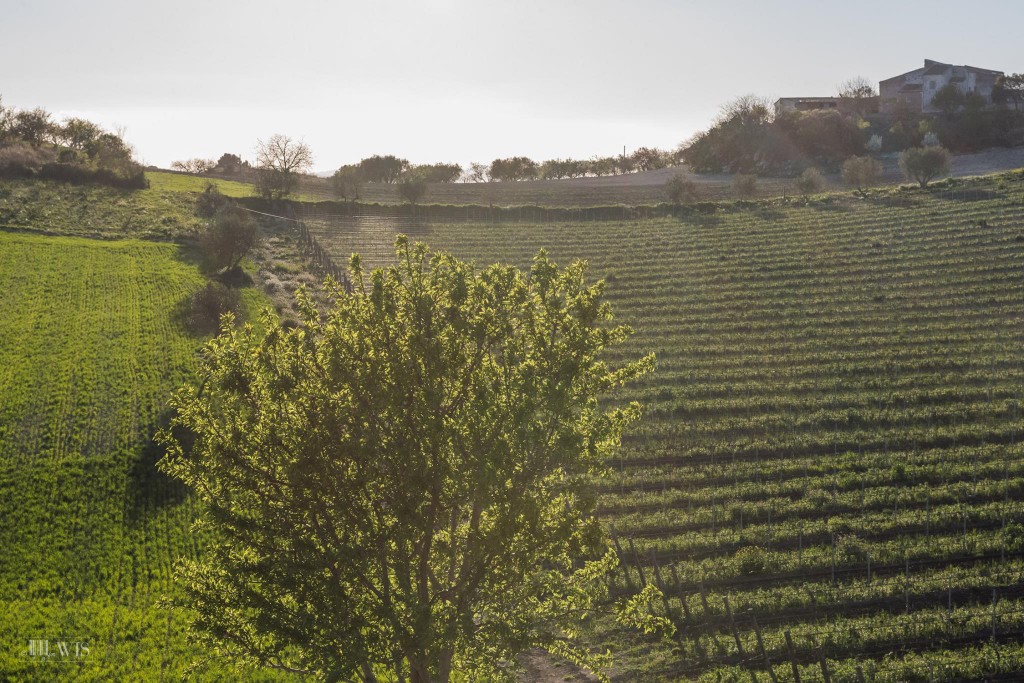 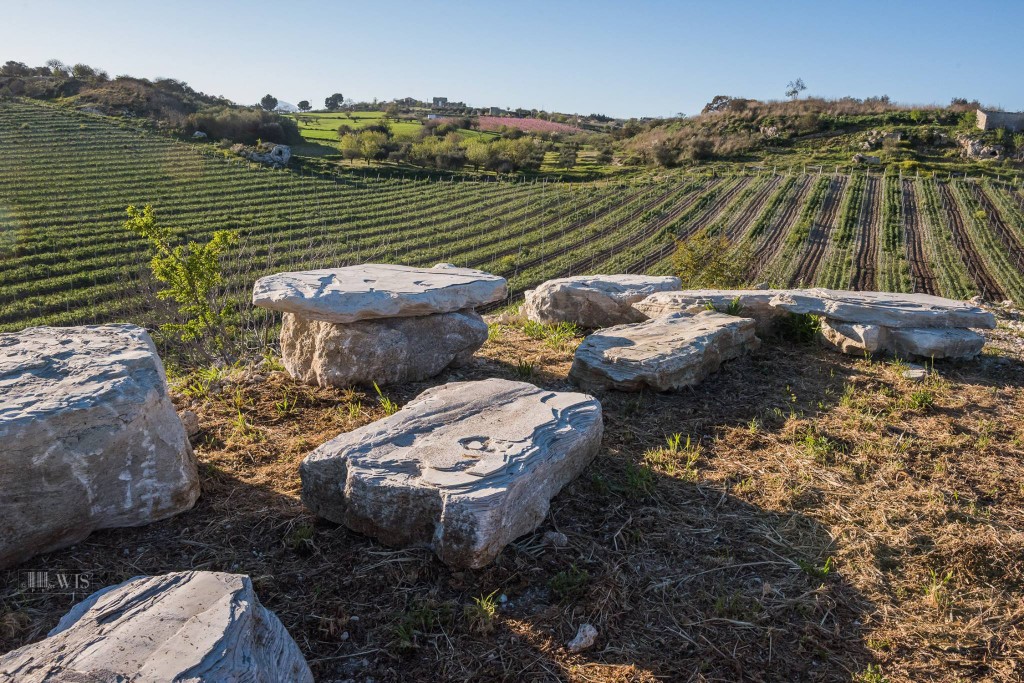 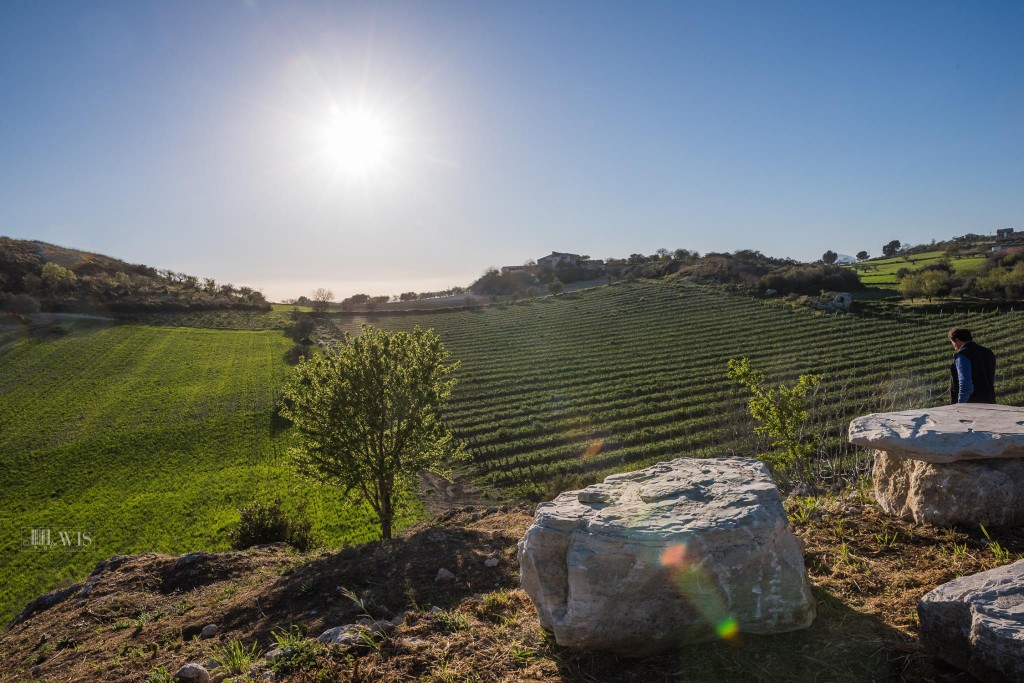 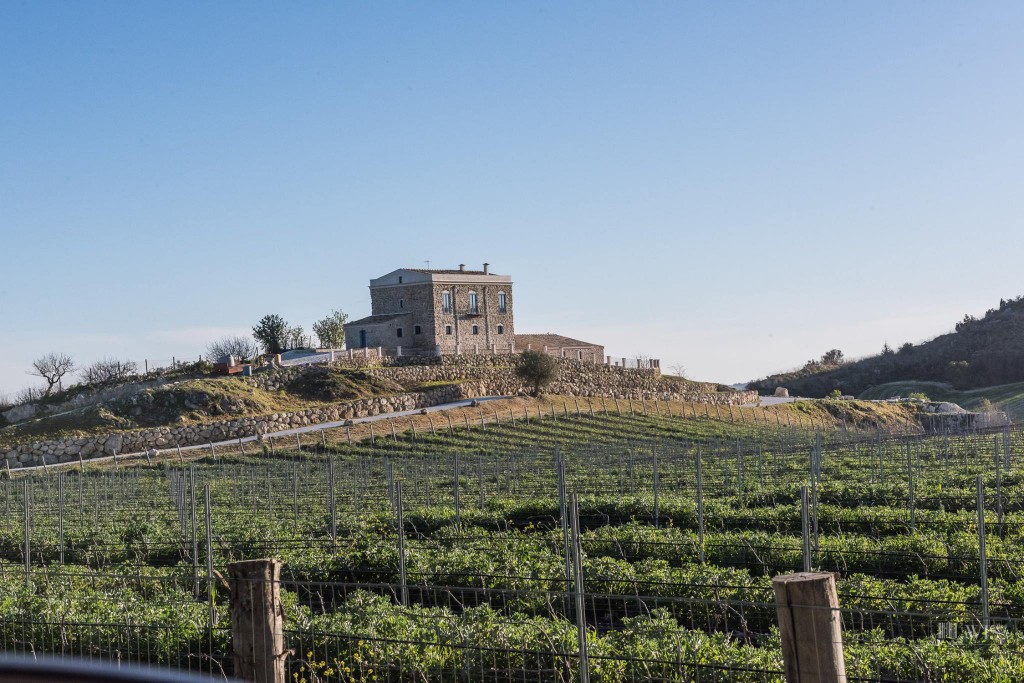 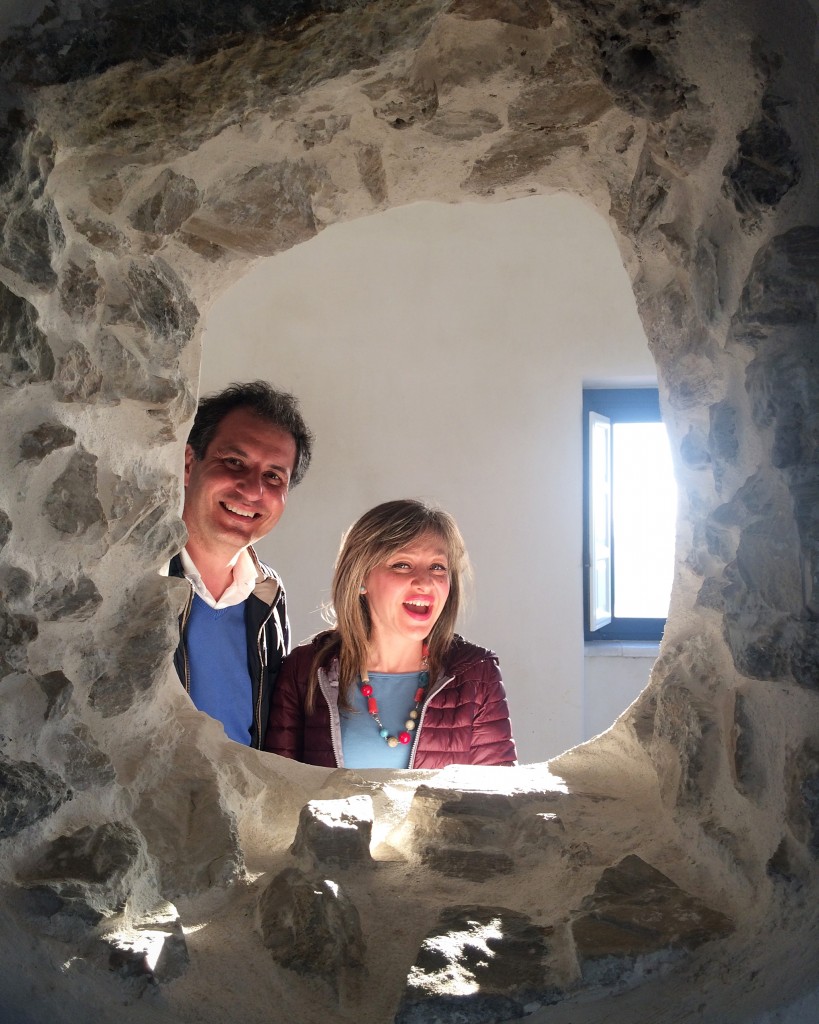 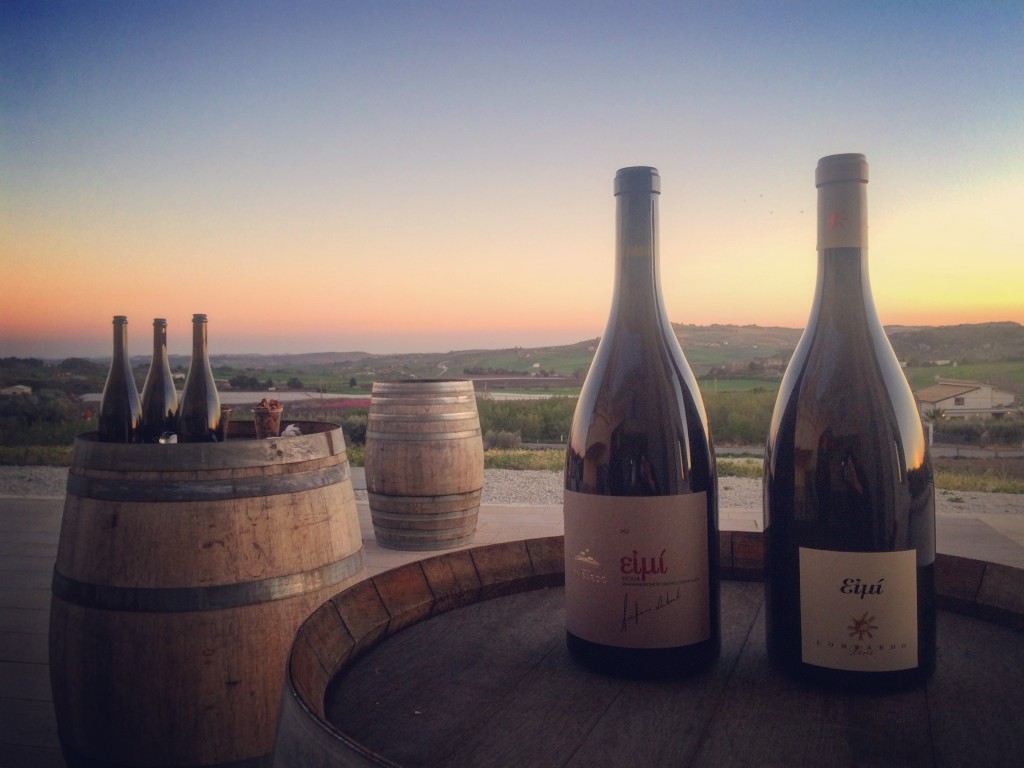 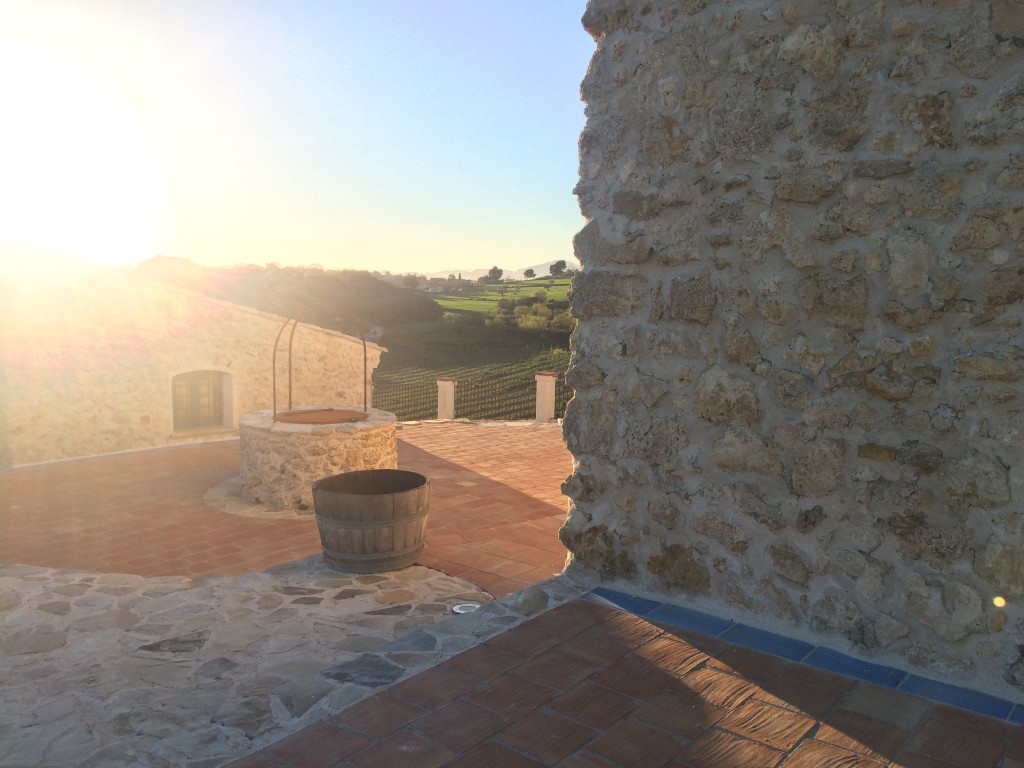 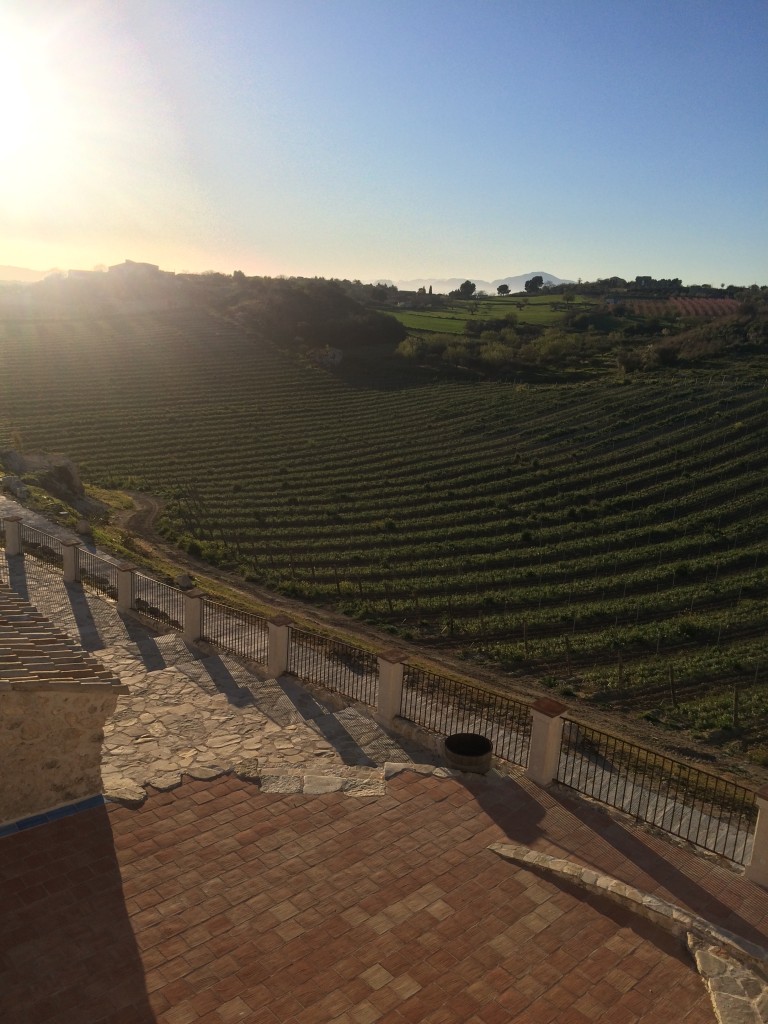 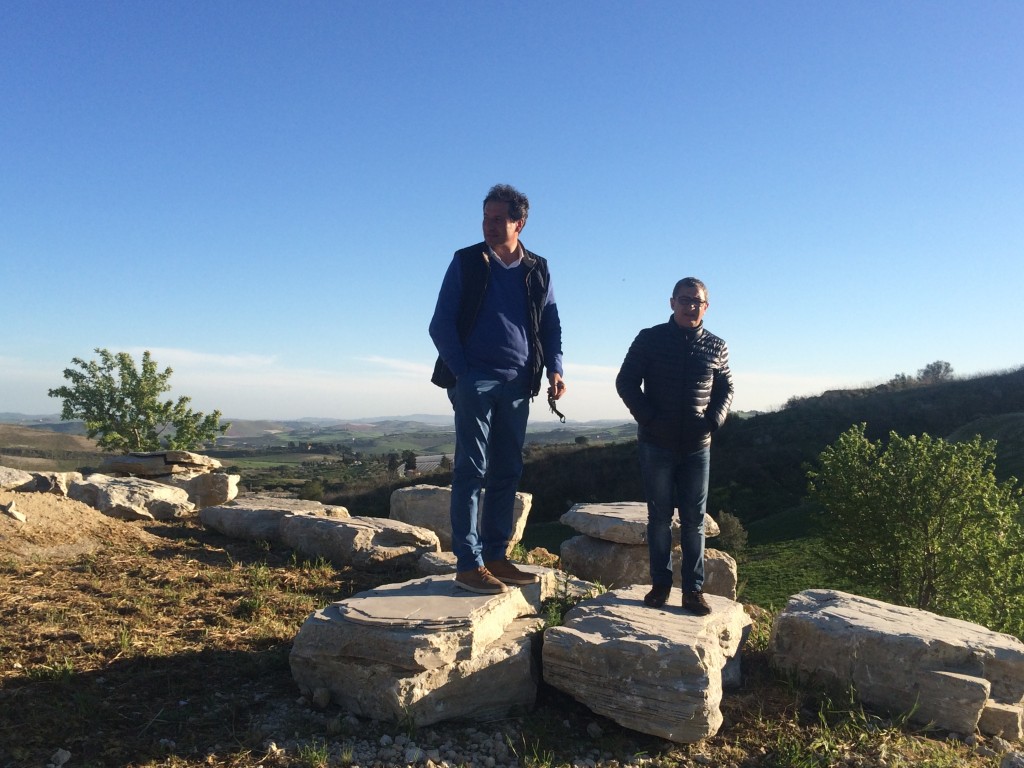 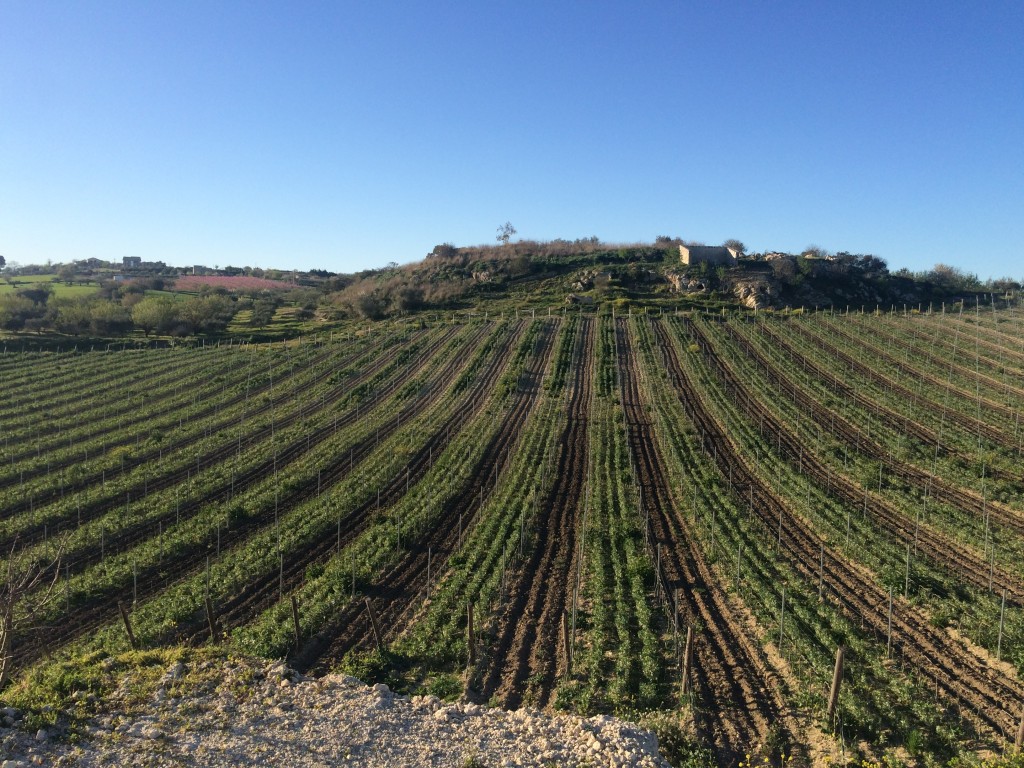 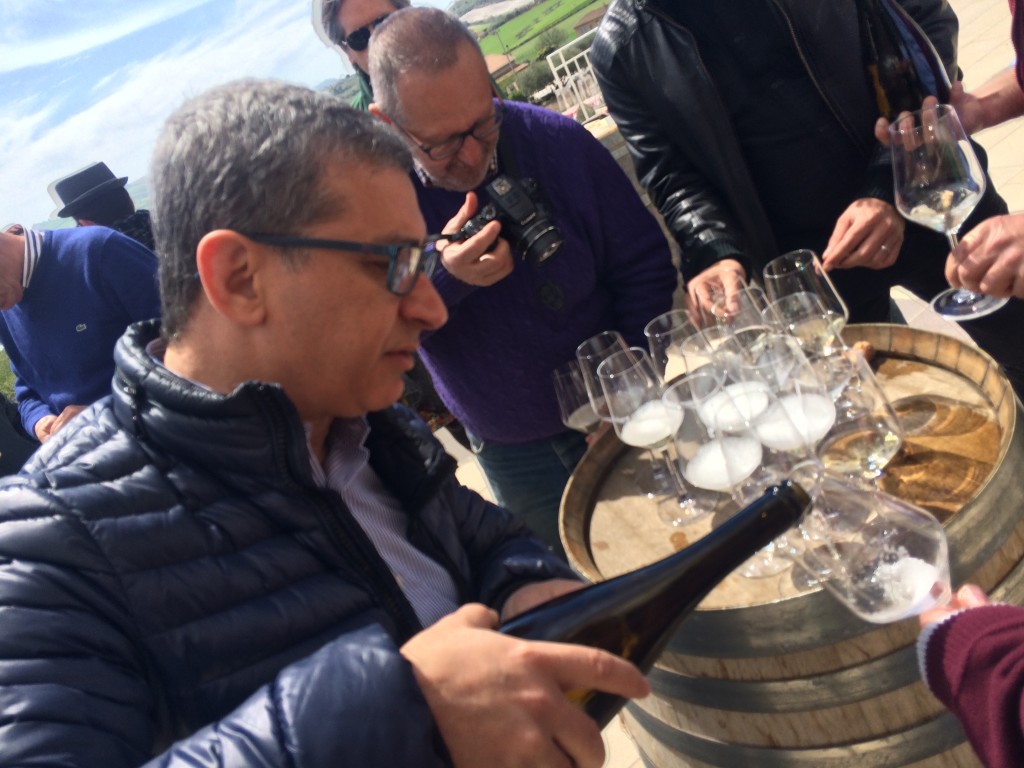 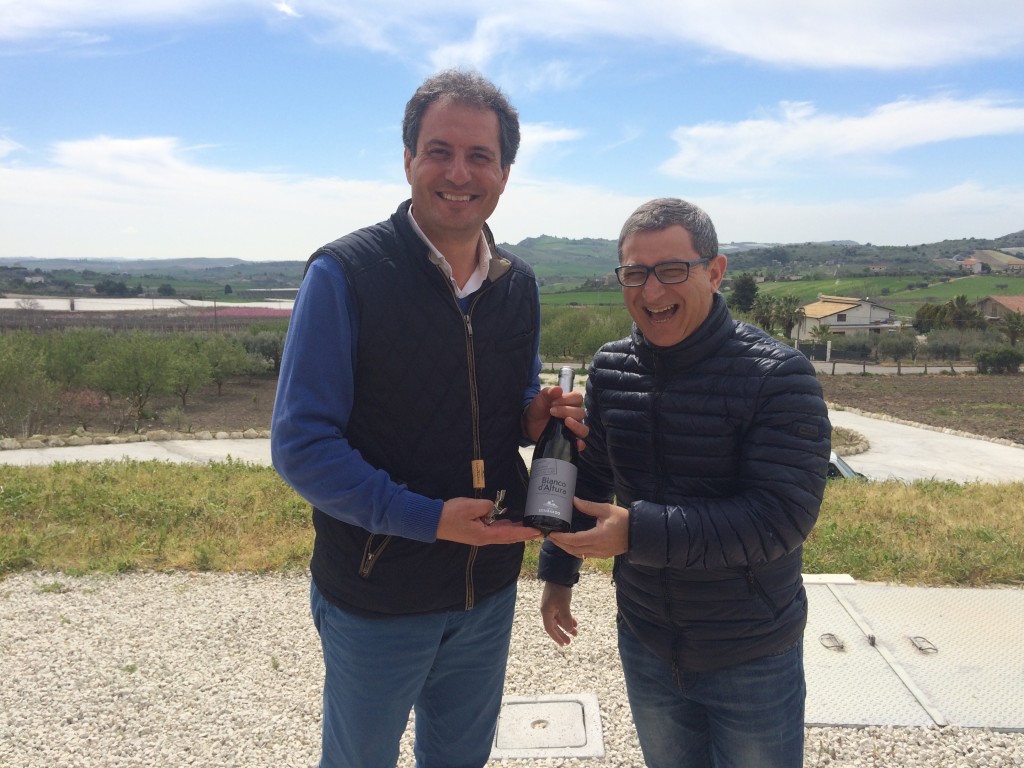 A terrace which with a view over future of the restaurant trade in the Madonia mountains, Giuseppe Costantinos’ challenge